Is there a lie that actually saved lives? 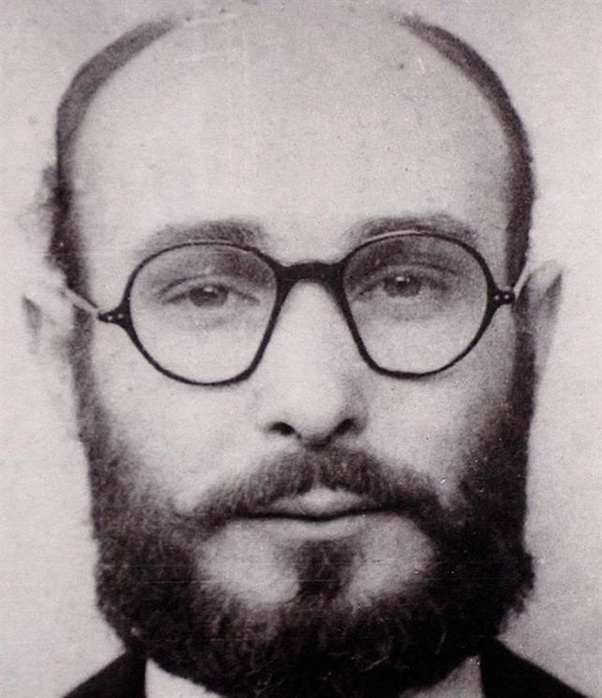 It was never clear to me why the German army failed to immediately pivot and literally pounce on the D Day landing.  This makes it abundantly clear.  They not only believed this tale spinner, but also over estimated ally capability in terms of landings.

I do not think that the General staff bought it but they could not overcome Hitler's wishful thinking and fears and off course the Abwehr were totally sold.  (think CIA)

German Spy craft was a often disastrous during WWII and this one is actually unforgivable.  This chap was literally too good to be true.. .

Is there a lie that actually saved lives?


https://www.quora.com/Is-there-a-lie-that-actually-saved-lives
Meet the man who single-handedly faked an army and brought about the end of the Nazi regime.
Juan Pujol Garcia.

Spanish double-agent, genius manipulator of humans, and one of the most brilliant liars to ever exist. He turned the tide of the war, and was one of the main reasons that D-Day was a success.

The Allies were stone-faced. They saw no way out. The sheer amount of artillery and troops growing in England gave away their plan. Hitler knew an invasion was coming, and he was getting new details by the minute.

There was no way that D-Day could ever succeed, unless they could trick the Germans into believing that the biggest invasion in history at the time was just a bluff. A near-impossible task.

That is, for all except Pujol.

He was not an impressive man at the time. At age 24, he’d failed horrendously in every endeavor he’d committed to. He dropped out of school at 15, served 6 months of military service before being kicked out. He had bought two successive theaters, both of which flopped. He retreated to a remote, slowly failing chicken farm and settled down with a girl he didn’t love.

The Spanish Civil War then broke out, and he was imprisoned for showing sympathy for the monarch. He managed to escape jail, and he started work at an unclean, one-star hotel in Madrid, never to see his fiancee again. 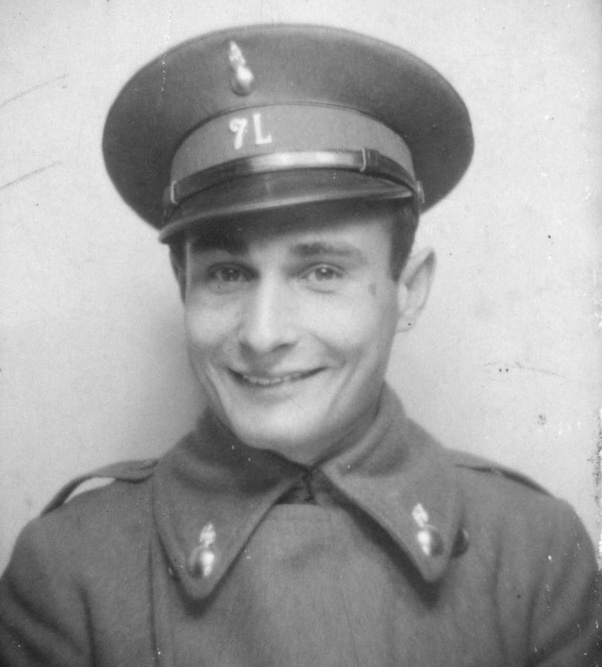 His life was in ruins.

Then, fate would have it that the Duke of Torre walked into the hotel and requested a room. The Duke complained about the lack of scotch in the country after the Civil War, and Pujol quickly smooth-talked his way into a deal—if the Duke gave him a passport, Pujol would slip across the border to Portugal and procure some scotch for the Duke. The Duke agreed, and soon had obtained six bottles of alcohol. He happily gave the passport to Pujol.

Pujol, however, soon found the passport useless—there was nowhere to escape to. Furious, depressed, and emaciated, Pujol redirected his efforts to winning the war as soon as possible—through espionage.


The British were skeptical. Pujol barely spoke English, was poor, and was uneducated. How good of a spy could he be? They rejected him.

So he promptly called the German embassy and declared that he’d like to spy for the Nazis. They set him up with an agent named Federico, whose job was to detect double-agents.

And Pujol, the broke chicken farmer, proceeded to spin one of the most clever series of lies in history. He rambled on and on about his love for Hitler, and named all sorts of nonexistent diplomats that he claimed he had information on. Federico was blown away, and accepted Pujol right away.

Federico told Pujol that the Nazi regime needed spies who could snoop abroad. Pujol told him about the passport he’d obtained from the Duke, and Federico told him to go to Lisbon and charm the embassy into giving him an exit visa. When Pujol got there, the embassy promptly refused.

He would have to lie again.

At his hotel in Lisbon, he managed to befriend a Galician man named Jaime Souza. On a night out together, Souza accidentally let slip that he had a diplomatic visa.

A few days after, while playing roulette, Pujol feigned a stomach cramp, and retired back to their room. He quickly opened Souza’s suitcase, took the visa, and returned to the casino as if nothing had happened.

A day later, Pujol had successfully forged the document and had showed it to Federico. He was in, and had gained the Nazi’s trust. He was assigned a job as a spy in England, and was meant to send British intelligence back to Germany.

Of course, Pujol had no intention of being a Nazi spy. Instead, he rushed to Portugal, and showed his spy documents to every British embassy there. He was the perfect double-agent!
But, without fail, each embassy refused.

British intelligence was a mess at the time, and were coming up with bad idea after bad idea, one of which included faking a Second Coming of Jesus Christ. They had faith in this plan, and wanted to avoid bringing Spain into the war. So, they refused his requests.

He now had to convince the Nazi spies in Germany—the Abwehr (German military intelligence service for the Reichswehr and Wehrmacht from 1920 to 1945)—that he actually was gathering British intelligence, when he hadn’t ever been to Britain. Another near-impossible task.

But a day later, a brilliant idea struck him. Pujol informed the Abwehr that he’d recruited several (of course, imaginary) subagents, and he now had a fall-back. If something went wrong, he’d blame it on them. If something went right, he’d take the credit.

With that, Pujol started completely making up sources, spies, and stories. Using newspapers and telephone books as inspiration, Pujol wrote letters to the Abwehr that contained absolutely nothing of worth—they were just meant to waste their time.

It was a weak ruse, and he knew it’d come crashing down on him at any second. So he asked the British for help again—and for the fifth time, they refused.

But they wouldn’t be so reluctant after one of his fake reports struck a little too close to the truth. An intercepted message to Germany revealed a lie that, by chance, was the truth.

The British whisked him off to England and immediately hired him as a double-agent upon finding out his true intentions.

Pujol’s now-extensive imaginary network of spies was starting to gain traction with the Nazis. Some of them even were receiving real salaries from the Abwehr. By now, he’d invented almost 30 full-fledged personas, complete with backstories, personalities, and ambitions.

He and his “men” reported countless false invasion alerts, wasting thousands of Nazi manpower and money. He’d then pepper his reports with a few true tips from British intelligence, and the Abwehr’s trust in him grew exponentially.

He began to manipulate the Nazis more and more. When they wanted to bomb civilian trains in England, they asked Pujol for a train timetable. He sent an old, outdated one. When they wanted a book containing Royal Air Force secrets, he sent it in a cake with all important pages torn out. When Germans shot down a civilian plane between Portugal and London, he harshly berated the Abwehr, claiming one of his personas was onboard. The Nazis never attacked another civilian plane. 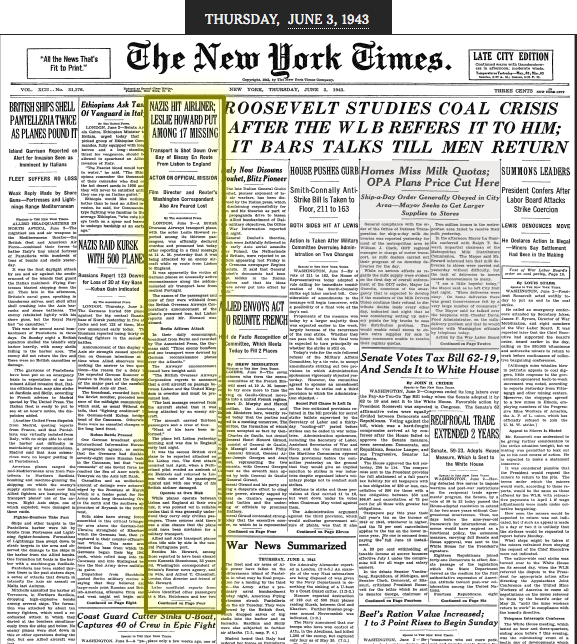 All of this resulted in Pujol being Germany’s biggest and most successful asset. He now had all the components needed to cook up the largest lie any man had ever told.


Pujol would need to convince the Abwehr that an invasion was going to occur, but he’d need them to believe that it was 200 miles to the north, in Calais, instead of in Normandy.

No one believed he could pull it off. To trick Hitler was to look him in the eye and make him believe a lie that a common civilian could see through—that a one-million man army was assembling in England.

Meanwhile, Pujol was rapidly sending report after report from his imaginary spies to Germany, claiming that he was seeing thousands and thousands of troops, ready to absolutely destroy Germany and take no prisoners. He stationed fake bombings and attacks, and successfully convinced Hitler himself that an attack was coming to Calais, not Normandy. 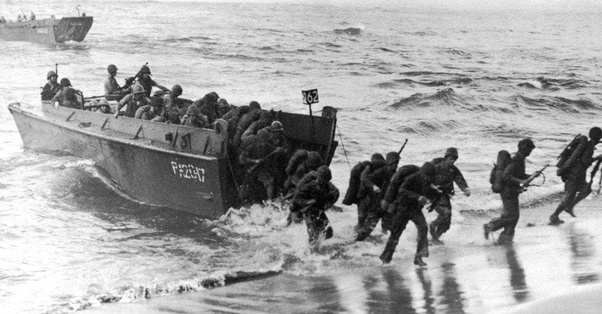 The Nazis refused to send all their might to Normandy, believing that the one-million man army was coming to Calais at any moment. They dismissed the invasion as a fraud meant to distract them from the “real” one at Calais. Hitler’s personal staff were so sure of this that they didn’t even wake Hitler up and tell him the news.

Day after day passed. Tens of thousands of Allied troops attacked the beach, and German generals still failed to deploy reinforcements. After more and more casualties on the German side, the Panzers were finally sent in by Hitler. 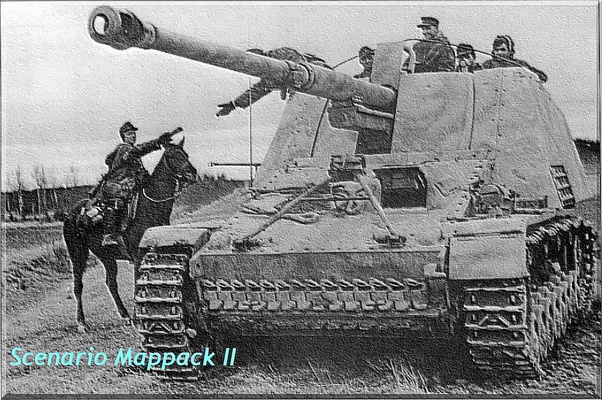 But, at the last moment, Pujol halted the German counter-attack by sending a letter straight to Adolf Hitler. It contained dire information that the fake invasion was coming, and that deploying the Panzers would be exactly what the Allies wanted. The Abwehr confirmed his phony information, and Hitler halted the attack. All nine of Germany’s most feared assets turned to Calais.

The Allies continued to storm the beach and had successfully gained a hold on Germany before long.
It was over.

It was the beginning of the end for Germany.

Pujol’s lie had saved thousands upon thousands of Allied lives, and had completely turned the tide of the war.

Berlin was still so convinced of Pujol’s loyalty that they awarded him an Iron Cross—an award usually reserved for front-line troops. Meanwhile, Britain awarded him the Most Excellent Order of the British Empire—one of the country’s highest honors.

Germany soon fell and Hitler committed suicide April 30, 1945, and all the while the Nazi regime was still clueless that Pujol was a double-agent. Pujol then ended his career with a carefully constructed lie, claiming that he’d died of malaria. In the Germans’ eyes, he’d died a hero.

Pujol, then 36, moved to Venezuela where he got married, had two sons, and became a teacher. He lived off the radar until 1984, when the journalist Nigel West found him after a long and dedicated search. That year, a 72-year-old Pujol returned to London for a reunion with his old British colleagues. They were astounded.

Pujol and West later visited Omaha Beach for D-day’s 40th anniversary. When the Spaniard saw the long rows of white, clean graves, he fell to his knees, weeping.

He felt responsible for the deaths of all those men. 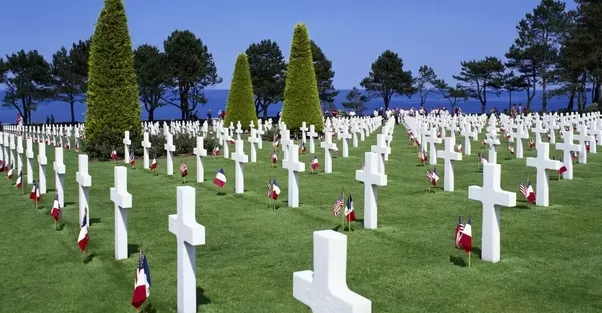 Word began to spread that Pujol was there. Large groups of old, gray-haired men ran to his side, begging to shake his hand.

They celebrated Pujol as a hero and their savior—and a man among the most clever agents and liars in the world.

Thank you for reading.

Sources:
Juan Pujol Garcia: The man who faked an army and beat the Nazis
The Most Amazing Lie in History