The Shale Industry Collapse Will Start in the Spring, and Take the Rest of the US Down With It? 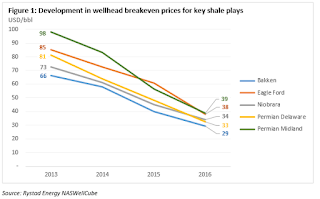 The problem with doom and gloom is that it all misses the main point in financial matters. A massive collapse of the shale oil industry looks bad on paper but it has still sustained itself for two decades and somewhere enough oil was sold to pay back all those loans.  Besides all that, look at that chart of breakeven price.  That is why the USA is self sufficent and why our reserves are also ample.  Recall that there is zero exploration risk here.

Yet if we wrote it all off tomorrow, little changes because the money itself has long since been spent.  We would need a new economic focus.  How about ending poverty?

Meanwhile we have all been slowly educated regarding the bad acts of the political class over the past two years while in the background the evidence was acquired and the cases made.  This is not been done for nothing.  The only thing missing is public arrests and significant public disclosure...

The Shale Industry Collapse Will Start in the Spring, and Take the Rest of the US Down With It

Nancy Pelosi canceled the president's State of the Union address, so Mr. Kunstler offers his own diagnosis - what to expect in the coming months

The author is a prominent American social critic, blogger, and podcaster, and one of our all-time favorite pessimists. We carry his articles regularly on RI. His writing on Russia-gate has been highly entertaining.

He is one of the better-known thinkers The New Yorker has dubbed 'The Dystopians' in an excellent 2009 profile, along with the brilliant Dmitry Orlov, another regular contributor to RI (archive). These theorists believe that modern society is headed for a jarring and painful crack-up.

You can find his popular fiction and novels on this subject, here. To get a sense of how entertaining he is, watch this 2004 TED talk about the cruel misery of American urban design - it is one of the most-viewed on TED. Here is a recent audio interview with him which gives a good overview of his work.

Ill winds sweep across the fruited plain in the cruel heart of winter. America can resolve nothing. The state-of-the-union is a kind of hysterical nausea, and the nation hunkers into its crib of toxic diverse identities waiting for history to bitch-slap it back on its feet. History’s big sister, Reality, stands by, witnessing all. Spring… is… coming….

Things break up in spring. Nature unlocks what was frozen. The bodies emerge from the melting ice and ripen. The air is electric and thunderbolts frighten the gathering mobs in the public square, the Walmart parking lot, with rumors of war. The earth shakes and monuments fall. That’s how it’s shaping up for 2019. 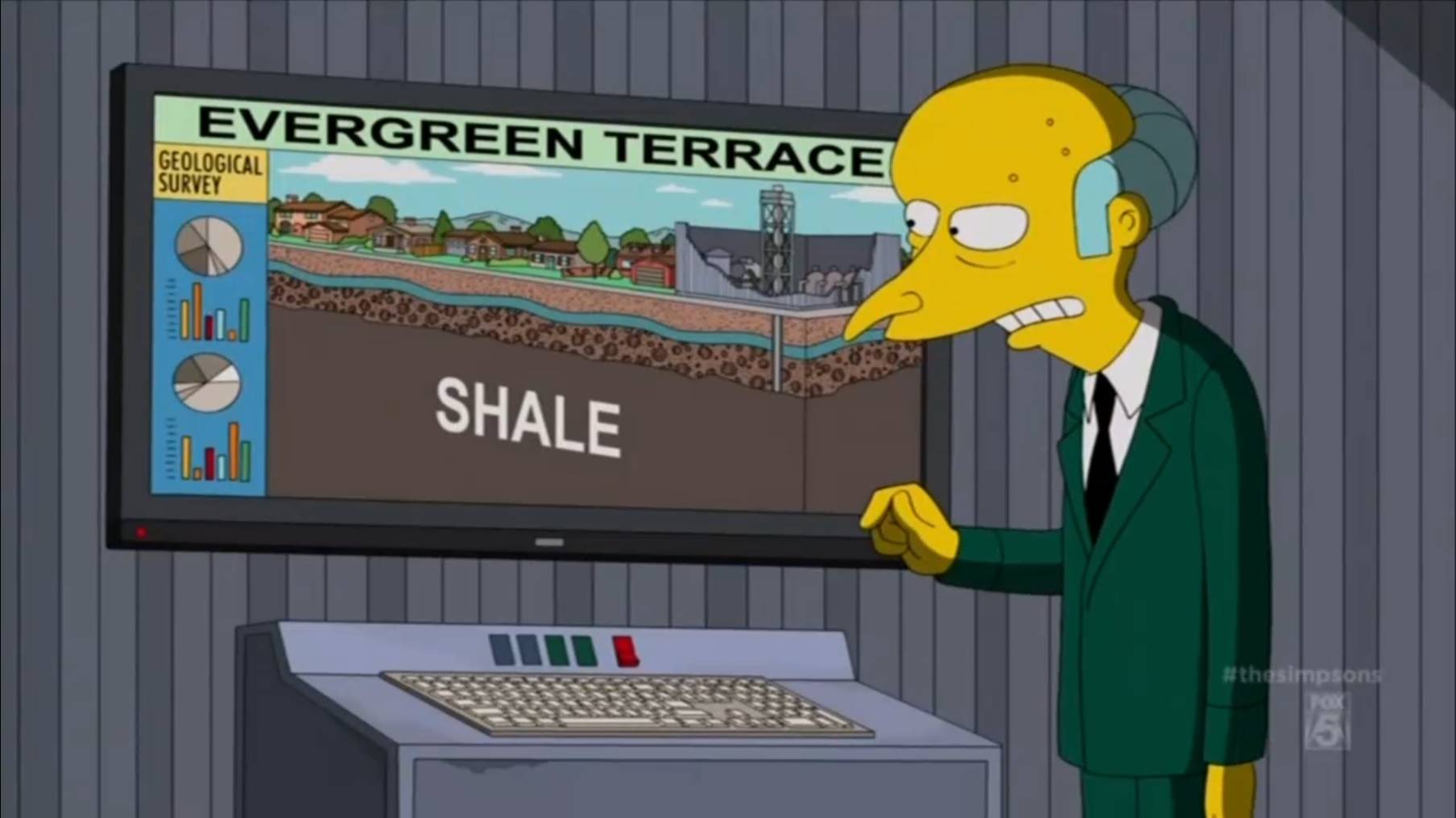 Sometimes nations just lose their shit. The complex collapse of American life proceeds as the public and its leaders fail to comprehend the forces in play. What the Federal Reserve actually accomplished with its ten years of extend-and-pretend policy was not an economic “recovery,” but a degenerative disease of the social contract. If you look more closely, you can sense what will be unleashed when the ground thaws.

There will be a reckoning in the financial markets. Something ominous is rumbling over in bonds. No more high-yield for you! Among the victims of a credit freeze in “junk” (high-risk) lending: the shale oil industry. Watch it start to roll over this spring as money becomes unavailable for the exorbitant operations that comprise fracking. The swift collapse of the shale oil industry will shock the country, but it is really just the downside of its improbably rapid and acrobatic rise since 2005 on the false premise that profits don’t matter in a business venture. Only the fall will be even sharper than the rise: a few measly years. And, of course, the bond market represents the supreme untruth of the age: that debts can be racked up forever and never paid back.

Mr. Trump will be left holding a bag so large that observers may mistake him for a Bizarro Santa Claus. But the baggage within will not consist of sugarplums. It is actually stuffed with bankruptcy filings and pink slips. A year from now, there may be no such thing as a hedge fund left on the planet Earth. Or a job opening, unless you’re really good at weeding or picking fruit. Mr. Trump will attempt a rescue, but so did Herbert Hoover, who had a good three years to try this-and-that while the Depression stole over the land like a deadly fungus. The difference, of course, is that Mr. Hoover was acknowledged as a most brilliant mind of his era, and yet Reality had her wicked way with him, anyway.

The Democratic Party should have been tossed into the rubber room two years ago, but it’s still out there shrieking in its straight-jacket of bad faith. Kamala, Liz, and Kirsten will mud-wrestle for dominance, but so far, the only cards they can show are the race-and-gender jokers in the deck.

Meanwhile, the government shutdown standoff may not be the “winner” move that Nancy Pelosi thought it would be. Why do you suppose she thought that the voters would only blame the Golden Golem of Greatness? She could be gone as Speaker when we’re back in shirtsleeve weather.

Also in the background: the likely shocking reversal of the long, dreary, RussiaGate affair as about twenty-odd former officials of the FBI, Department of Justice, CIA, State Department, and other dark corners of the Deep State answer charges of sedition in federal court. Many of them are connected, one way or another, to Hillary Clinton, who may be targeted herself. Robert Mueller is also liable to be smacked with a malicious prosecution charge in the matter of General Michael Flynn when he withdraws his guilty plea in March. A significant moment will be when Dean Baquet is fired as editor of The New York Times, after years of running the “newspaper of record” as an exercise in nonstop PMS.

Financial crack-up and RussiaGate reversal will leave both major parties gasping in the mud as the tide goes out. And just in time for the Yellow Vest movement to cross the ocean and bring out the street mobs to slug it out on the National Mall in lovely weather. Finally, a protest you can believe in! By June, it will be clear that the old order is being swept away. The fight over the new order struggling to be born will be even harsher and deadlier. But we may not be as confused about what’s at stake.
Posted by arclein at 12:00 AM