Feds, states can help biochar live up to its soil-saving potential 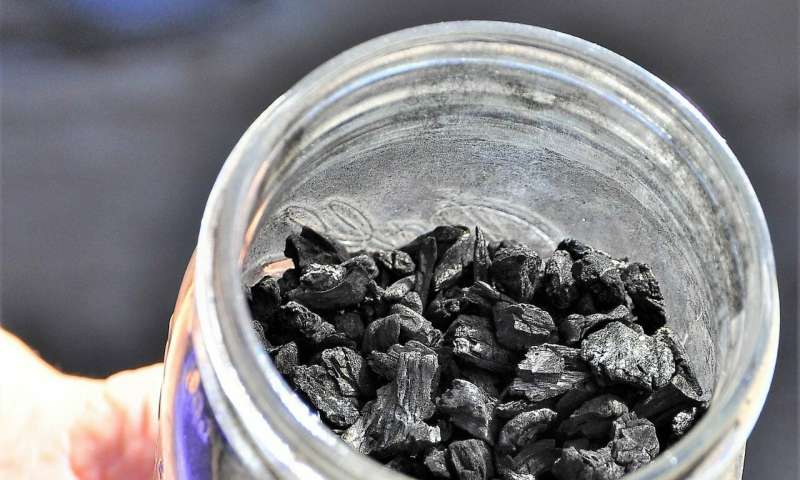 Slowly policy is developing around supporting soil remediation with biochar.  At least it is now a thing and controversy is disappearing.  The actual promise of biochar is so massive, that i care little how they get there so long as they do.  that now appears to be assured.
In practice every square foot of cultivatable land needs a pound of biochar or so.  This naturally captures all water soluble nutrients and anything else as well.  Inasmuch as we are using surface dressing rather than excessive soil turning this maximizes such retention near the surface for shallow rooted annuals.
Producing that biochar is as easy as collecting dried corn stalks along with the root balls and roasting them in a kiln.This was now the Amazonian biochar was produced over 2000 years by stone age agriculturalists.  A potato lifter should collect the root balls and a drying shed can be used to store the biomass.   Blending the product with soil allows it to be part of the planting cycle.
Obviously the longer used, the more the soils develop.  It fits naturally into a transition program to organic agriculture.


Charcoal-like biochar improves soil hydration and enhances agricultural production while it curtails nutrient leaching, increases nitrogen available to plants and reduces the release of gas pollutants. A new study by researchers at Rice …more
Even though every dollar spent on soil improvement can save much more in environmental costs down the road, startup costs can sometimes make it hard for farmers to implement best environmental practices. A team of researchers from Rice and North Dakota State universities argues that this is especially true for using biochar, but that the problem can be addressed through well-designed policy.


Biochar is a porous, charcoal-like material produced via pyrolysis, the high-temperature decomposition of biomass. Studies show biochar improves soil water properties and enhances agricultural production by an average of 15 percent. It also reduces nutrient leaching, increases nitrogen available to plants and reduces the release of nitrogenous gases, which can improve local air quality.


A policy study led by Ghasideh Pourhashem, a former postdoctoral fellow at Rice's Baker Institute for Public Policy and now an assistant professor at North Dakota State, surveys existing government programs and details how they support the use of biochar to enhance agricultural productivity, sequester carbon and preserve valuable soil. The federal government already has 35 programs that do—or could—promote the deployment of biochar to improve agricultural preservation and head off future environmental woes, according to Pourhashem and her team.

For the open-access study in Global Change Biology Bioenergy, Pourhashem worked with Rice mentors Caroline Masiello, a professor of Earth, Environmental and Planetary Sciences, and Kenneth Medlock, the James A. Baker, III, and Susan G. Baker Fellow in Energy and Resource Economics.

"Our previous research has shown that wide-scale application of biochar across the United States' agricultural soils can save millions of dollars in health costs by improving regional air quality," said Pourhashem, who joined North Dakota's Department of Coatings and Polymeric Materials and Center for Sustainable Materials Science in 2017 and is a member of the US Biochar Initiative advisory board.

But despite the accumulating evidence, she said biochar adoption has been slow. 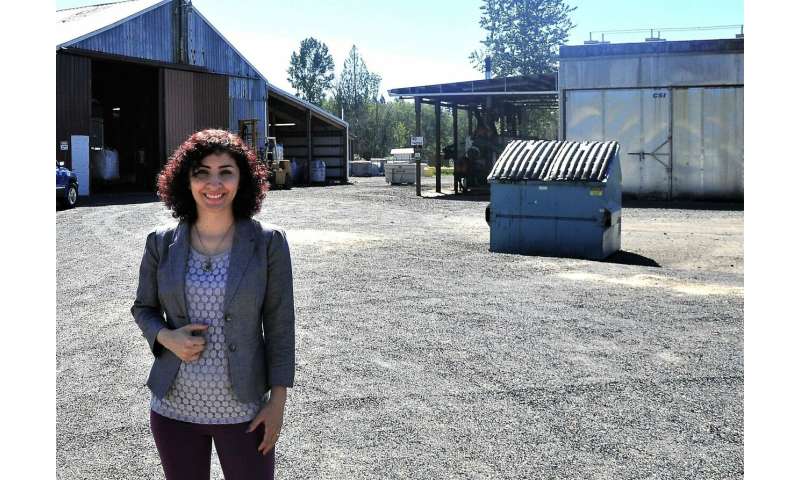 Rice University alumna Ghasideh Pourhashem led an effort to gather and categorize a list of government resources available to promote the development of biochar to preserve valuable soil, enhance agricultural production and improve air quality. Credit: Rice University "Our new study shows how policy frameworks can support biochar as a resource-saving, crop-boosting and health care-improving material," Pourhashem said. The researchers note the United States has long invested in biofuels like ethanol, and they argue that biochar deserves similar long-term support to improve the nation's soil and food security strategy.

Masiello, a biogeochemist and expert on biochar, noted the financial disconnect between those who bear the cost of land-management changes and those who benefit.

"There are plenty of farmers who want to do the right thing, but the benefits of biochar don't accrue entirely on-farm," she said, citing examples like cleaner water and air. "This paper is about how policy can connect the costs borne by farmers with the benefits to us all."

The only active loan guarantee program the researchers identified for biochar production is the Department of Agriculture's Biorefinery, Renewable Chemical and Bio-based Product Manufacturing Assistance Program, which provides up to $250 million per project. But other programs run by the Department of Energy, the Department of Agriculture and initiatives in Iowa, Oregon, Colorado and Minnesota provide nearly $250 million more in grants, matching or production payments and tax credits. The researchers also identified eight programs that offer a total of nearly $30 million in research and development funding that implicitly support biochar.

The researchers determined that government's emphasis on biochar production is inadequate and tilts heavily toward biofuels. They also noted the need for more upfront investment in large biochar-focused production rather than small-scale facilities. They suggested investment could be encouraged by the development of a broadly accepted set of product standards for biochar.

"The potential long-term impacts of biochar are enormous," Medlock said. "Much of the recent support for biochar has focused on its use for carbon dioxide sequestration, but the benefits are much broader. The potential effects on local air quality and water quality have implications that extend far beyond the application site, which makes policy supportive of investment in biochar production and market development something that should be seriously considered."
Posted by arclein at 12:00 AM