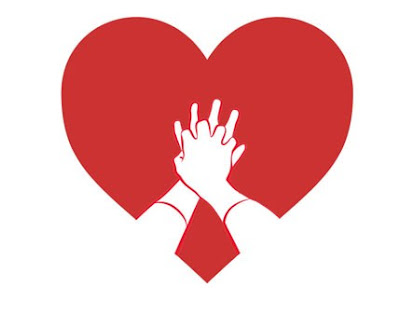 My first comment here is that if you are ever confronted by a CPR situation, first call 911 in order to start help rushing to your side.  Applying CPR soon becomes exhausting and you will just have enough time if you call first.


Then start applying CPR.  Let yourself settle into a rhythm for the first couple of minutes.  You actually have a five minute window here before it becomes wise to blow air into the lung every half minute.  Then keep it up.

For the record, I effectively died from a heart attack in 2005.  This was long before anyone understood how to do all this properly.  I was at a friend's place helping him master options. He had just finished extensive medical training that included CPR and did what i just described.  My heart was not started for 20 minutes with two shots with the defibrillator rushed to my side.  The heart itself was weakened to borderline failure level at 30% EF but has since hugely recovered to a quite satisfactory 50% EF where typical is around 60%.

The good news is that survival rates have now risen from close to that Chinese 1% to a far better 45%.

Knowing how to perform CPR is like having insurance—no one wants to have to use it, but having it when you need it could make all the difference. The simple technique we call cardiopulmonary resuscitation has saved countless lives, and it’s one of the few medical interventions anyone can learn to do.

Its most basic technique, chest compression, requires virtually no training (though training is certainly a good idea); the more sophisticated version, which includes mouth-to-mouth resuscitation, can be learned in a workshop. And defibrillation is becoming more common as light, easy-to-use automatic external defibrillators are required in more and more public places.

Because it’s so simple, the basic techniques have been floating around for hundreds of years, even millennia—but it took a lot of coordination, and an accidental discovery, to put them all together into what we now recognize as CPR. Press on to learn more.

We’re tired of all the shouting matches and echo chambers on social media, and thought you might be, too. On the new Quartz app, we’ve gathered a community of curious thinkers and doers to have high-quality discussions about the most important stories each day. It’s like an ongoing conversation with CEOs like Richard Branson, Punit Renjen, Arianna Huffington, and many more.
Now available for iOS and Android.

70%: Proportion of people who survive after getting CPR on the shows Gray’s Anatomy and House
Annie, Are You OK?


Say a person collapses in front of you on the street. It looks like they had a heart attack. What do you do?

First, check if the person is breathing normally or is responsive. (Asking “are you okay?” is a good way—more on this below.) If they aren’t, and you’re not trained in CPR, do two things: call emergency services (that’s 911 in the US—find yours here), and do chest compressions. Place the heel of your bottom hand in the center of the person’s chest. Press hard, at the pace of about 100 to 120 beats per minute, with few breaks, until emergency responders arrive. Most CPR instructors suggest singing the Bee Gees’ “Stayin’ Alive” in your head—that’ll put you at about the right tempo. (Gloria Gaynor’s “I Will Survive” and Robyn’s “Hang With Me” also work, and less in the spirit of things, Queen’s “Another One Bites the Dust.”)


If you are trained, there’s more you can do, like tilting the person’s head back to open up the airway and giving two mouth-to-mouth breaths for every 30 chest compressions. But if you’re not sure, best not to risk it. Get the full training by taking a workshop.

What does performing CPR actually do?

It’s simple: you’re acting as the person’s heart, which is why the tempo is so important. The chest compression pushes blood out of the heart until it restarts or can be restarted with a defibrillator.

1740: The Paris Academy of Sciences recommends mouth-to-mouth for people who are drowning.
1904: Cleveland-based doctor George Crile resuscitates the first human by compressing the chest outside the body (previous experiments had been done on cats and dogs).
1930s: Electrical companies fund defibrillation research to treat victims of electrocution.
1956: American physician James Elam and Austrian-Czech physician Peter Safar share a ride between Kansas City and Baltimore and debate whether mouth-to-mouth helps unresponsive victims. The two collaborate on experiments to develop what we know today as CPR.
1965: Irish cardiologist Frank Pantridge builds the first portable defibrillator; powered by car batteries, it weighs 70 kg (150 pounds).

1997: Florida passes a broad public access law for automatic external defibrillators; by 2001, all 50 US states have such a law.


How CPR was resuscitated


The basis for CPR techniques has been around for awhile, but it took a long time to embrace its most basic form: external compression of the heart. Mouth-to-mouth resuscitation is described in accounts of medieval midwifery and (arguably) in the Old Testament. The practice of judo includes resuscitation skills that resemble CPR techniques.

External compression was first tested on cats in 1878 before the first successful experiment on humans at the beginning of the 20th century. The proper rhythm was discovered in the 19th century, and closed-chest compression was used in Germany until World War I. But the research was not systematic, and manual, open-chest compression—literally squeezing the heart by hand—won out.

(One author even suggests that anti-German sentiment contributed to external compression’s disuse.)

Paradoxically, the sophisticated method of electric defibrillation led to the rediscovery of simple external compression. In 1958, William Kouwenhoven, an electrical engineer at Johns Hopkins University and a pioneer of defibrillation, was testing a defibrillator with a particularly heavy set of paddles, and noticed that just placing them on a dog’s chest caused its blood pressure to jump. Rhythmic pushing sustained a pulse. A series of experiments finally proved its efficacy.

The girl in the Seine


For decades, first responders practiced CPR on Resusci Anne, a manikin designed by a Norwegian toymaker, Asmund Laerdal. He wanted it to have an unintimidating look, so he modeled it on a peaceful mask of a young girl’s face he remembered from his grandparents’ house.

It was an eerie but appropriate choice. The mask was L’Inconnue de la Seine, “the unknown of the Seine,” a death mask of a young woman who drowned in Paris near the end of the 19th century. No one knows exactly why it was made or how it got out of the morgue, but how it got to Laerdal’s grandparents’ house is less mysterious: that particular death mask quickly became an in-demand design piece and European cultural icon, capturing the imagination of artists and writers like Man Ray, Rainer Maria Rilke, and Vladimir Nabokov. (The masks are still for sale by a 148-year-old French plaster workshop, L’Atelier Lorenzi, for $130 or $175 with a glaze.)

CPR training in the 1970s started with calling “Annie … are you okay?” The “Annie,” referring to the doll, was eventually phased out—but not before the phrase inspired the lyrics to Michael Jackson’s “Smooth Criminal.”

The damage done by CPR

There’s no question that CPR saves lives. But there’s a growing awareness that it can cause damage, too. Some people who receive CPR get their ribs broken in the process.

Generally speaking, they don’t mind, says Benjamin S. Abella, the director of Penn Medicine’s Center for Resuscitation Science. “CPR has side effects that are considered much better than the alternative, which is death.”

But if a patient is older, with other health problems such as cancer, the prospect of a few weeks in the intensive care unit might sound more painful than just letting the cardiac arrest run its course. This is part of the reason why so many doctors have Do Not Resuscitate orders, Abella says. “This has less to do with side effects of CPR and more to do with the bigger picture: if one is so sick that one needs CPR, is this something you’d even want done?” Abella says.


Still, if you’re in a moment where someone needs CPR, it’s always better to err on the side of life, Abella notes.

A New York hospital created a playlist of songs with a tempo of 100 to 120 beats per minute—the best speed for chest compressions during CPR, according to the American Heart Association (that tempo is also pretty good for dancing).
Posted by arclein at 12:00 AM