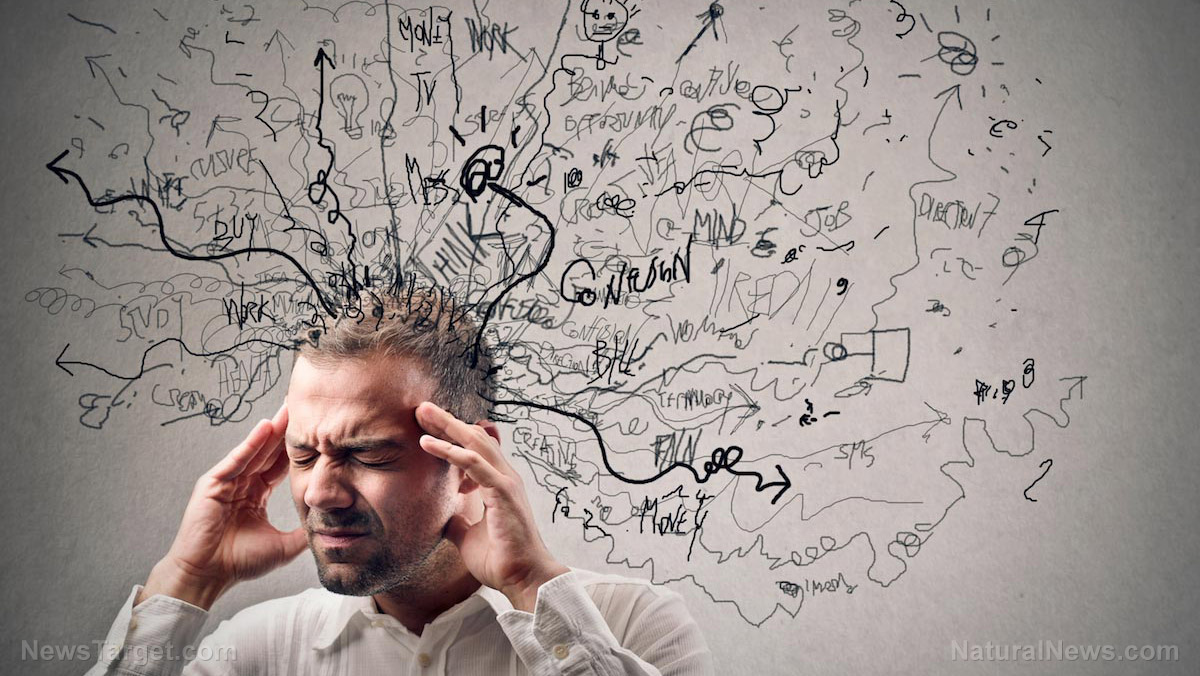 This remarkable  phenomena is surely driven be the resurgent Fascist threat known as the NWO and is 1930's propaganda run amok.

Thus folks gathered together in order to push this nonsense with malice aforethought.  This does not please me one bit.

We need to awaken all of our citizens to the nature of this threat.  It isnow under assault, but needs to be set afire from beneath as well..

.
BRAINWASHED: The goal of the media is to poison the minds of the masses with toxic hatred and engineered “thought loops”


https://www.naturalnews.com/2018-02-08-the-goal-of-the-media-is-to-poison-the-minds-of-the-masses-with-toxic-hatred-thought-loops.html
(Natural News) Without your knowledge or consent, you have been programmed with a media virus that tells your brain to reject any evidence or information that contradicts the false “worldview” that’s been implanted in your consciousness by the corporate controllers. In effect, you are living in a giant Truman Show, and the world you think is real is actually a carefully constructed artificial reality… a kind of “dome” boundary for your mind.

The aim of the corporate-controlled media is to limit the expansion of your awareness and trap your mind in thought loops that play in your head like subliminal tapes, saying things like “Trump is evil” or “Communism is good.” These thought loops are engineered and scripted by experts in influence conditioning who invoke root emotions of fear, love, hatred, compassion or conformity to achieve socially-policed obedience to their agendas. All things they oppose, for example, are associated with fear and hatred (Trump, border security, military defense, etc.). Meanwhile, all things they want you to swallow are painted in the language of love or compassion (LGBT agenda, climate change, open borders, etc.).

If you allow yourself to be seduced into this contrived “reality” pushed by MSNBC, CNN, NYT, WashPost and other toxic media outlets, you are subjecting yourself to toxic mental poisons pushed by Anderson Cooper, Rachel Maddow, Jimmy Kimmel and other purveyors of hatred and falsehood. In the same way that Tide laundry pods poison your body with toxic chemicals, the left-wing media poisons your mind with toxic falsehoods and hatred. You might call it “heavy MENTALS contamination.”

Your job — and in part, mine — is to defend your mind against the onslaught of “thought loops,” false programming and blinding hatred that’s being weaponized against you by the corporate-controlled media. In effect, what we teach here is mental self-defense. It’s also sometimes called “de-hypnosis,” as it counteracts the hypnosis “thought loops” of the sinister media.

Fascinatingly, experience has proven that only a small minority of people can mount a sufficient mental self-defense to maintain their presence of mind even under the onslaught of endless media programming and social engineering. This is why perhaps 9 out of 10 people you meet are, in truth, little more than biological puppets who mindlessly spew the “thought loops” that have been ingrained in their consciousness through media indoctrination. The perfect example of this is the Campus Reform video, recorded before the President’s recent State of the Union speech, that asks college students to comment on the speech (yes, before it took place).

When asked, these students dutifully regurgitate thought loops on command, spouting hate-filled reactions to an event that, at the time, had not yet taken place. Watch and be amazed at the mindless hatred and obedience now routinely demonstrated by college students all across America:

Mark Dice turns ordinary people into social science experiments… and the results are mind blowing
Social scientist Mark Dice — yes he’s a “scientist” in the sense that he performs public experiments on the minds of real people in real time — has extensively documented the “thought loops” phenomenon in his outrageously hilarious “man on the street” videos. See his YouTube channel at this link, or view one of his videos here, which demonstrates the blind hatred of the mind-numbed masses (and their willingness to “fill the emptiness” in their own heads with utter nonsense, which they tell themselves is all logical and stuff…)

Another worthwhile channel that pulls back the lid on the media fakery that infects the minds of the masses is The Corbett Report. Corbett is another independent journalist doing incredible work on exposing the lies of the deep state. Check out his New World Next Week videos for some truly eye-opening revelations. Example here:

I’m going to write on this topic in more detail later, but the big takeaway from today’s article is that reading independent media sources is, without question, your brain’s best defense against false reality programming by the corporate media controllers.

This is why I created Censored.news, which updates news headlines from over a dozen sources in real time. I also publish daily podcasts at HealthRangerReport.com. You can even find my podcasts at iTunes at this link.

In exactly the same way that you want to defend your body against junk food by eating nutritious superfoods, you can also defend your brain against “junk news” by reading real, intelligent “supernews” from independent journalists.

Check out SaraCarter.com for a real treat, or visit the Sharyl Attkisson website for “fearless reporting” from a truly independent voice. She’s the author of the amazing book, “The Smear – How Shady Political Operatives and Fake News CONTROL What You See, What You Think, and How You Vote.”

That’s your reading assignment for the next week, by the way. Get that book and read it. Then keep reading Natural News for more astonishing, truthful and mind-expanding news on all the things that really matter for your life, your world and our future.

Or watch videos from PragerU, which has been systematically targeted by Google / YouTube for selective censorship: