Coldest and Most Snow Ever 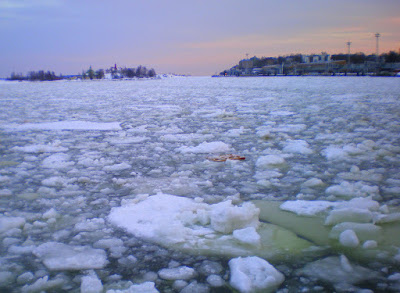 Let us make this incredibly simple for everyone.  The sun has become cooler.  As in significantly cooler.  That means that we are really cooling off to a lower base temperature and this could be sustained for a couple of decades.  When it warms again it will also take time to rebuild all that lost heat as well.

We had a warming cycle that ran from 1960 through 2000. We then had a peak heat retention that slowly declined while the sun shifted gears.  now we have lost all that heat and the sun is nowe cooler.  Thus we have cold winters ahead for some time.  My best guess based on past patterns is that we will catch a decade or so before it shifts back up.

The good news is that we have not frozen the Rhine yet.  Next year?

Coldest and Most Snow Ever


Heavy snowfall and widespread ice have led to another day of travel disruption, amid warnings that Britain is set to be gripped by freezing weather all month. Boston tied a 100-year-old record when it marked seven consecutive days of temperatures that did not top 20 degrees Fahrenheit (-6.7 degrees Celsius). Up and down the coast, people working outdoors struggled with the frigid conditions swearing under their breaths about the idea of manmade global warming.


In Russian it is snow Armageddon. Over the weekend Moscow was “drowned” in snow, setting records, experiencing its heaviest snowfall in a day since records began. Moscow’s meteorological service said Moscow had seen more than half its average monthly snowfall in the space of 24 hours, beating the previous record set in 1957.


The news from all over the world is cold and snowy. Prices of energy to keep warm are going up. Food prices continue upward as crops continue to be hurt by cold, heat, drought and flood. Human activity is frozen in blizzards that are increasing in intensity as our planet cools. In some areas the people are used to the cold and snow but there is a limit to everything, to how much energy for heat is available, and how much money is available to plow the snow from the highways.

The Perfect Sense of Global Warming

Oymyakon, Russia — sank to a mind-numbing (and body-numbing) 88F below zero (-66.7C) on Tuesday. This isn’t far from minus 89.9F, the coldest-ever officially recorded for a permanently inhabited settlement anywhere in the world and the frostiest in the Northern Hemisphere.

This is what we are seeing all over the world, record cold temperatures, but not beating records by small margins but smashing them. One would think the next mini-ice age would come in slowly, creeping up at us so we would hardly notice. That is not what is happening, and scientists have warned us of this, but no one is paying attention because crazy politicians and the public media are still shouting about manmade global warming.


Learn to diagnose yourself so you can treat yourself and your loved ones! Learn More


On the other side of the world in New Orleans, temperatures dropped to 20F (-6.7C) at Louis Armstrong International Airport, breaking the old record low of 23F (-5C) set on Jan. 17, 1977. And the mercury at Baton Rouge Metro Airport plunged to 14F (-10C), beating the old record low of 18F (-7.8C) set in 1977. It was also the coldest temperature recorded on any day in Baton Rouge since Dec. 24, 1989. We recently had hard freezes in all of southeast Georgia, northeast and north central Florida with lows in the 20s all areas except near 30 at the northeast Florida beaches.

What to do about the Cold

The NFL is telling people, “Even if you are only out for a few minutes, it can get quite cold here. You need to dress in layers, hats, gloves, scarves covering your extremities (and) comfortable shoes or boots. And don’t drink.”


Cold is a known source of disease and death. Chinese medicine for thousands of years recognized cold as one of the principle causes of disease. In very cold weather, bodily heat escapes quickly, leaving less energy and fewer resources available to deal with basic needs and that is one of the reasons cold season brings on the flu season.


Some conditions, such as rheumatoid arthritis, are greatly impacted by the weather (especially cold and/or rain), while others are minimally affected, if at all. In general, weather extremes of any kind will place additional stress upon the body, which is usually not helpful for those already suffering from a condition.


When the body does not have enough energy to function properly, many things begin to go wrong. For example, if the brain has too little energy, thought processes such as memory and focus become impaired. The body needs energy to keep itself warm – a low body temperature, therefore, usually accompanies low metabolic energy.

Medical Treatments for the Cold


Iodine is the first medicine one should think of to improve body temperature. However, infrared treatments are perhaps the best treatment for cold conditions. Until recently most people did not know that you can now sleep, not inside your far infrared sauna, but on top of it in the comfort of one’s own bed. They are called Biomats, and are approved medical devices that heat you from the inside out with far infrared light. This raises core body temperature making one’s immune system considerably stronger and comes in handy when fighting colds, flu and even cancer. 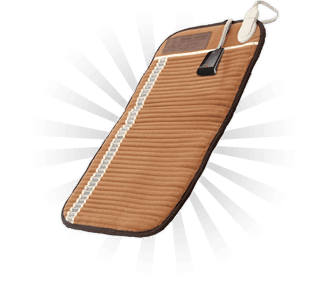 One can turn the heat off in the house at night and just heat the body snuggled under the covers. The Biomat does not get very hot to the touch but when its light interacts with the water molecules in your body you will feel the encircling warmth. Treating what ails you, while you are sleeping, with money that was destined to one’s heating bill, makes sense. When looking at the increasingly cold future, with plans to either move south or survive, and even thrive in the gathering cold—a Biomat makes the perfect investment.
Posted by arclein at 12:00 AM