Our Road to Immortality 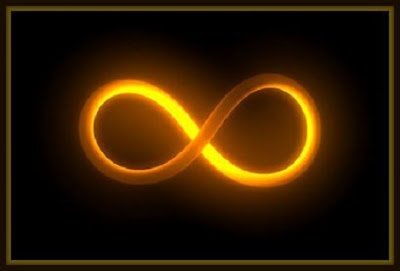 One of the questions that has forever haunted humanity is whether or not immortality is possible at all in our third tier matter form.  Our driving spiritual form is also physical in terms of second tier matter and surely provides immortality in that way.  Yet we have a serious investment in our third tier form and perhaps forgetting the spirit life we yearn for a much longer life than we have available.

In fact for most, return to the spirit form is likely the preferred option.  Usually the investment is simply insufficient to justify lingering at all, or worse, a misstep is hindering meaningful improvement.  It is completely reasonable that a spirit would need to process a full cycle of lives before deemed ready to live a long sustained life in the Third Tier.  Such a cycle would apparently consist eight separate live usually over eighty years or so but don in multiple aspects.  This is important.  It is reasonable to be on earth in thirty two separate individuals following naturally tracking paths allowing a variety of decisions to be made and investigated.  At the end of each life you would subsume all thirty two lives into your personality.

The consequence is that a matured spirit will have experienced eight times thirty two lives instead of a mere eight and the dominant thread emerges out of this.  I do not ask you to buy this but to consider the plausibility.

Rather obviously we will want matured spirits to emerge in the last life and that with only the principal aspect at that.  Thus the class of potential immortals will always be perhaps at most around one out of 256 at most and actually much less as these eight century cycles of spiritual evolution will often need to be repeated several times.

This is obviously a complete theological departure.  please do not forget that our spirit bodies are physical and understand that they have forever to work all this out.  So why not?

The cultural record informs us of several facts.  In the past, advanced folks did walk on the earth and generally oversaw things as well.  The likely proper translation of Elohim is the 'Shining Ones'.  Recall also all description of so called gods always impresses the fact that they glowed.  It is no leap at all to understand our Greek Pantheon as immortal human beings who also glowed and experienced long lives or the human equivalent of immortality.

Thus immortality can be better understood as an extra long life span terminated by choice normally or accident as well.  Again the cultural record tells us that 30,000 years was not unusual.

Now we extend what we do know into this discussion.  It is possible to access through the pinal gland or the inner eye, what has been described as the Inner Sun.  This impossible phenomena, which i have personally experienced or i would not be writing these words was completely clear and powerful.

My conjecture is that this powers the plausible road to physical third tier immortality.  The radiation accessed alone can flood the spirit body itself and empower that spirit body to completely optimize the body itself.  With that we have the Hindu pantheon in particular with its physically perfected gods and goddesses.  Been able to actually manage this power or flow also opens the door to healing others as well and it provides an explanation for the miracles of Jesus.  This is a remarkable conceptualization and quite ambitious.

The take home is to practice meditation  and to ask for the inner sun.  It may not be yours in this lifetime or in this aspect but still work on it to advance into your spiritual future..  .