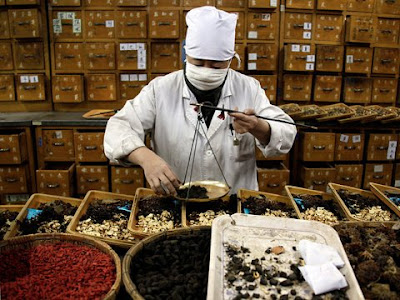 What Chinese traditional medicine needs mostly is a modern marketing solution.  The science is purportedly empirical in its origins and certainly its longevity is supported by empirical results.

This process invalidates nothing because that demands empirical means which four thousand years of practice has provided.

The real challenge is to understand best practice and that has been limited by diagnostic skill and the human mind.  support all that with computer power and we can go there..


Some scientists in the West have long disputed the therapeutic value of traditional Chinese medicine, but it seems the ancient craft is gaining popularity at home and abroad.

It's even been hailed by Xi Jinping's government as "the gem of Chinese science".