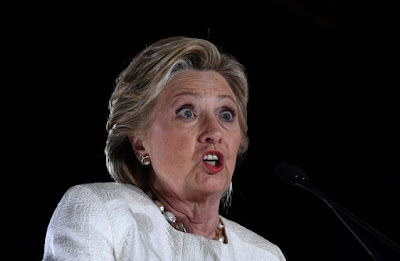 From sources that i am not too sure of we hear that Hilary is facing 27 indictments for treason alone.

At the same time the 13,000 plus sealed indictments has also morphed into a 13,000 cell building program in GITMO.  What is absolutely true is that some information is been allowed out to trusted distribution nodes so that supporters of the Admin will not be in complete shock.  All the information  that we have has at least been vouched for.

The big story though is that those 13,000 sealed indictments are facing non civilian courts because they were all involved wittingly or not in an assault of the Republic.  I do want to add that the large numbers may well include a large number of low level political operatives who manipulated the vote count. Certainly the Mueller investigation has targeted the validity of that count.

Today we hear that Russia will forthwith send first time pedophiles to prison for life.  Obvious when we understand that no cure is known and the threat simply does not go away.  Thousands of low level pedophiles have been arrested during the past year.  This must feed into a hierarchy numbering at least one to two thousand folks, often embedded in government and justice.  I may still be too low but this fits the apparent scale now revealed.

The fact remains that thousands will likely face military tribunals for their actions. The lucky ones will be seconded to a civilian trial.  The seriously unlucky will be quickly put in front of firing squads and shot and we will have limited appeals or none at all.  The administration has essentially taken the position that we are opposing a hostile foreign attack.  This has a lot of truth but may be also smaller than presently thought.

I personally would not give two cents for Hilary's chances.  Yet in her special case her crimes need to be fully aired until her fate will be a relief.

It is also reported that the DEEP State is thoroughly frightened.  We also know that key players have also been taken into custody and that some attempted to flee as well.  Thus if you were implicated though been part of someone's network, your contact has disappeared and is in no position to provide reassurance.  As i have already posted do listen to the growing silence.  Even the apologists now lack conviction..

At this point phase four of five phases is likely deemed complete.  The last phase should  be mass arrests and it will be literally thousands.


Do listen to this interview fro a month ago.