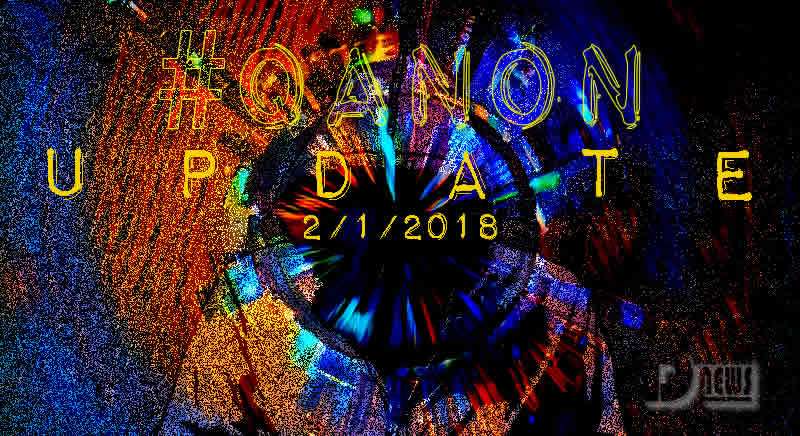 Sharing the raw data here. This is the directed leak from the military intel which helps direct the interpretation of the information out there and prepares the alternate media for what is coming

Right now, it looks like this whole operation will be completely successful.  This is because the opponent  has obviously lost communication security. Every counter move has been identified and countered.  Certainly earlier several attempted to flee.

In the meantime key individuals have been treated to catch and release which stirs up the confederates.  Again all communication is been monitored.

Bye the bye, Military intel has been there from the beginning.  Thus so called questionable appointmnets were nothing of the kind.  They are been listened to and their allies been idetified.  This is a long term program aimed at truly draining the swamp.


>>228286
I have posted this so many times.
Tomorrow is Freedom Day. Q posted a flag named Freedom and timing is everything.
Tomorrow.


Timing is everything.
Did you miss the most important line of the entire speech?
Activation code.
Q

I heard a reference to federal employees who commit crimes…


Was listening for so MANY coded messages. GREAT speech. Loved the part about
the Capitol dome.

“I call on the Congress to empower every Cabinet secretary with the
authority to reward good workers and to remove federal employees who
undermine the public trust or fail the American people.”

TICK TOCK!!! Q, was the train incident a FF today?


Do you believe in coincidences?
Expect more.
Q

Potus on “terrorists” and Guantanamo bay.

Im Guessing that the Freedom Statue & Freedom Day have
to do with the Q stringers for FREEDOM….

Watzman was the General Manager of the Standard hotel in
West Hollywood. She had worked for the company for nearly 11 years.


What happened @ hotel?
[AS]
What is [AS] attempting right now?
Favor repaid.
Q


some incident with Adam SHIT happened at a hotel and was covered up.
He is repaying the favor by trying to cover this up. Anons, we are looking
for a death cover-up of AS doing


How ‘they’ control those they need.
One recent example.
Relevant today.
Learn.
Q


The intel just dropped is bigger than you can imagine.
Q

Effective yesterday, while standing under the statue of FREEDOM,
POTUS FREED those ‘good’ people who are currently being blackmailed,
threatened and enslaved.


Those who stood chanting “USA” were FREED.
The shot heard around the world.
TG>
WE, THE PEOPLE.
FREEDOM DAY.
LIGHT.
Q

>Obviously the train slowed down so must have been warned…


I think it was warned.
Helicopter surveillance saw the truck and warned the engineer.
I’m guessing truck was kitty korner between the crossbucks with the
back end (dumpster lift hydraulics boom) facing the oncoming train.
Train hits boom, spins truck around and rips body off the cab, leaving
the cab at the crossing. Train drags truck body down the tracks until the
body rolls off down the embankment.
Question is, if truck tried to run crossing, why didn’t occupants flee cab
when getting stuck, unless train hit the truck just as it was trying to run the crossing.?
Have to figure, though, if aerial surveillance sees truck and warns engineer,
the truck had to have been there for a while, so why didn’t occupants flee?
If the truck was there as a plant, the only sense I can make of it is that
the occupants were patsies, i.e., they were told they were only going to force
the train to stop, on the idea of an antifa protest.
I don’t think surveillance would see a truck headed towards the
crossing and tell the engineer to brake, assuming the truck would
stop on the tracks. However, it could be that the access road was
closed and any traffic was regarded as a danger.
Key is how fast does an amtrak train usually go through there,
and how fast was this one going. If this train was slower, then why?

Karma is a bitch.


Hermann Hesse
Posted by arclein at 12:00 AM