Religious leaders get high on magic mushrooms ingredient – for science 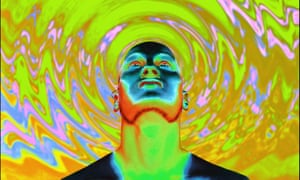 We know that this drug opens access to the spirit realm.  As does ayahuasca as well.  That access needs to be carefully monitored and guided in order to have the best effect.  The best folks available to provide that guidance should be our actual religious leaders.

The reality is that all religion is built on the impulse produced by successful meditation and prayer which opened the so called third eye and the light and sound currents.  These drugs do promise to help all immensely along their path.  Yet we are mostly babes at the moment and really need capable support.

I also think that the potential payoff is huge at least in terms of healing modalities and even occasional resurrections.  So we should be seriously investigating all aspects of this.


Religious leaders get high on magic mushrooms ingredient – for science

Johns Hopkins University in Baltimore enlists priests, rabbis and a Buddhist to test the effects of psychedelic drugs on religious experience

A Catholic priest, a Rabbi and a Buddhist walk into a bar and order some magic mushrooms. It may sound like the first line of a bad joke, but this scenario is playing out in one of the first scientific investigations into the effects of psychedelic drugs on religious experience – albeit in a laboratory rather than a bar.

Scientists at Johns Hopkins University in Baltimore have enlisted two dozen religious leaders from a wide range of denominations, to participate in a study in which they will be given two powerful doses of psilocybin, the active ingredient in magic mushrooms.

Dr William Richards, a psychologist at Johns Hopkins University in Baltimore, Maryland who is involved in the work, said: “With psilocybin these profound mystical experiences are quite common. It seemed like a no-brainer that they might be of interest, if not valuable, to clergy.”

The experiment, which is currently under way, aims to assess whether a transcendental experience makes the leaders more effective and confident in their work and how it alters their religious thinking.

Despite most organised religions frowning on the use of illicit substances, Catholic, Orthodox and Presbyterian priests, a Zen Buddhist and several rabbis were recruited. The team has yet to persuade a Muslim imam or Hindu priest to take part, but “just about all the other bases are covered,” according to Richards.

After preliminary screening, including medical and psychological tests, the participants have been given two powerful doses of psilocybin in two sessions, one month apart.

The sessions will be conducted in a living room-like setting at New York University and Johns Hopkins in Baltimore with two “guides” present. The participants will be given the drug and then spend time lying on a couch, wearing eyeshades and listening to religious music on headphones to augment their inward spiritual journey.

“Their instruction is to go within and collect experiences,” Richards said, after presenting his work at the Breaking Convention conference in London this month. “So far everyone incredibly values their experience. No one has been confused or upset or regrets doing it.”

A full analysis of the outcomes will take place after a one-year follow-up with the participants, whose identities are being kept anonymous. “It is too early to talk about results, but generally people seem to be getting a deeper appreciation of their own religious heritage,” he said. “The dead dogma comes alive for them in a meaningful way. They discover they really believe this stuff they’re talking about.”

There is also a suggestion that after their psychedelic journey, the leaders’ notions of religion shifted away from the sectarian towards something more universal. “They get a greater appreciation for other world religions. Other ways up the mountain, if you will,” said Richards.

The notion that hallucinogenic drugs can bring about mystical experiences is not new and was previously studied in a famous Harvard study known as the “Good Friday experiment”. The study involved a group of seminary scholars being given psilocybin during the Easter-season service to see how it altered their experience of the liturgy. The latest work is thought to be the first involving religious leaders from different faiths.

Is this work really science, though? Richards argues that it is, saying that the team is using detailed psychology questionnaires and independent raters in their assessments.

The John Hopkins team are one of several research groups around the world making the case for using psychedelic drugs, such as psilocybin, LSD and MDMA, in psychiatry. Psilocybin has been shown to be remarkably effective at lifting acute anxiety in cancer patients at the end of life, while other current trials are looking at the use of psychoactive drugs in treating conditions ranging from post-traumatic stress disorder to severe depression and alcoholism.
Advertisement

As the use of mind-expanding drugs makes the transition from counter-culture to mainstream medicine, scientists take different views on how the field should be presented to the outside world.

Ben Sessa, a clinical psychiatrist and researcher at Imperial College London, has urged journalists to focus on the “rigorous science”. “Are you going to focus on the tie-dye and the dreads … or are you going to look at the cutting-edge neuroscience here?” he asked. “I can’t tell you how to do your job, but if I was you, I’d not look back to the past, I’d look to the future.”

Others are more openly enthusiastic about the broader, non-medical, uses of psychedelic drugs. “My wild fantasy is that, probably some time after I’m long dead, these drugs are used in seminary training, rabbinical training,” said Richards, who began research into psychedelics in the 1960s. “Why shouldn’t the opportunity be there to explore deeply spiritual states of consciousness in a legal way?”
Posted by arclein at 12:00 AM