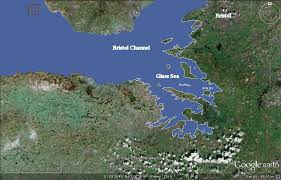 The forth year in the cycle of Balgren is a specific date surely tied to zodiac.  Thus perhaps the beginning of the age of Pisces around 1000 AD

This item sounds like the setting up of a monastery for  this group of folk.  If this was the actual founding of Glastonbury then its destruction is hardly a surprise as it was outside the local power arrangements.

Presume this is early Glastonbury.

By command of our master Lodas, son of Kadmis and Karla, by the hand of Orailuga, the writer bom of the Hortheni. Set down in the seven and eightieth year of the temple, which is the fourth year in the cycle of Balgren and the nineth year of our oath.

[ none of these names google at all.]

Landward of the markpost, at four thousand four score and ten paces is the stone placed by Calraneh, set upright, and there is the boundary to the East. Out ward from this, two thousand and five hundred set paces on each side is placed a markstone set that all may recognise it. From these stones to the markposts on the waters edge are the boundaries North and South.

Within the boundaries the land shall be clear of trees and shall be pastured and sown, and therein we shall have our habitations. In the forest about us may be gathered wood, and swine may be fed there and we may hunt.

The House of Men shall remain as before, but no longer shall we be divided into parts. Men shall be made men as they have been in the past. If any man be in years and without wife and children, or having a son who is a man placed in his stead, he may enter wholly into the House of Men.

The Ruler outside the House of Men shall be a man chosen by the council, which shall be four men chosen in meeting together at noon, one day before midwinter's eve. The Ruler and the council shall govern and judge in all things among us, but they shall not alter these decrees, which shall stand among us as a rock. We will govern our lives by them and abide by them and pass them on to those who follow. These, together with the words of the Holy Writ, are the candle stick and container for the mortal Light of Truth which is among us. They shall be honoured by all who walk in that light, now and henceforth.

They shall be written on copper made incorruptible and placed within the sacred urns, together with the records.

Yet they shall remain with us and be among us written on tablets of wood.

We shall keep the decrees of Hoskiah and abide by them and their punishments. Though the punishments may be changed by the council, so that men are lashed with the whip and the women with leathern throngs or wands of wood. We now have with us the decrees of Amos and they alone shall stand before those of Hoskiah. All other laws shall stand according to the order of their numbering. Where laws are at variance one shall not be set against another, but that which is latest shall stand highest and the others be subordinate.

The decrees of the Old Law, which is not written, shall be kept only if their keeping be the custom in judgement.

Let no man build a habitation of brick or stone upon these lands, for this is an unlawful thing unto the people within whom we dwell.

If any decree be set against another, the last written decree shall prevail, except between the decrees of Amos and Hoskiah. Let no man change to his benefit the brandmark upon the beast of another, for this is an unlawful thing. If done, the wrong shall be adjusted by restoring double the value and if done again by restoring treble.

Let no man among us worship otherwise than in the manner of our brotherhood. To the rituals nothing shall be added and nothing taken away. Our beliefs shall be supported manfiiUy, without shame and with all our strength.

You shall not be faint-hearted when danger threatens, nor indifferent when hard-pressed. No man among us shall be voiceless when our beliefs are ridiculed, or remain passive before their enemies. If anyone become a coward or fail in this, he shall not be numbered among us.

The works of men are imperfect and no man has ever seen the Light of Truth in absolute purity. Therefore, though two things within the body of our written records may appear contradictory, if not capable of reconciliation through greater understanding, the thing written later, unless a manifest error, shall be more acceptable. Be men of good faith, goodwill and commonsense. Nothing passing through the hands of many men escapes contamination. Only sincerity and diligence will maintain its purity. Nevertheless, having established something, uphold it steadfastly. In this sphere of falsity, cling to every truth, as a man swept out to sea by the
river torrents clings to a log.

All men held captive for anything they may have done, and not yet brought before the council or punished, shall be kept encaged at the waters edge. A man may be encaged as a punishment and the cage either covered or uncovered. If a man must die he may die either in clean or unclean vi^aters, as is done by the people who surround us. No man shall draw blood to slay in judgement.

A man shall take his brother's wife into his household, if his brother die and leave her unprotected.

The unprotected of any man's bloodkin or lawkin shall become his responsibility. Inasmuch as the Lord of Heaven mated with the Queen of Heaven, brother and sister are not forbidden to each other under the Old Law.

A man shall not gaze upon the nakedness of any of his bloodkin or lawkin in lust, and no woman shall expose her nakedness to any man not her husband. Punishments may be executed either by burning or the cage.

Every man shall learn to fight and defend himself with the axe, the bow, the spear, the sword, the javelin or the sling, and all weapons of the hand shall be sharpened.

Every man among us shall know the words of the Holy Writ by understanding of the writings or by memory.

They shall be cut into his heart, as they are on copper and wood.

The records shall now be written in the Sacred Characters and not in letters of the Sons of Fire. Line for line the  letters of the People of the Five Red Gods shall be used, the letters from the skysigns seen by the Master of Writing.
Posted by arclein at 12:00 AM