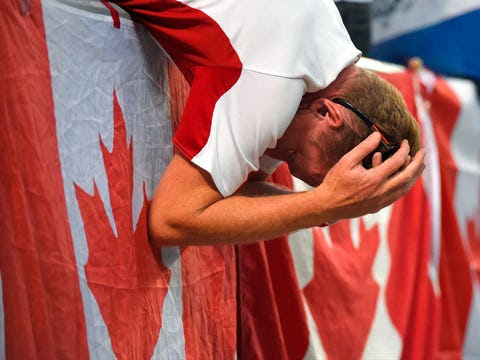 Obviously, we need to be concerned.  By historical benchmarks all this leads to disaster.  Yet I will now do the counter argument.

The persistent collapse in interest rates has been driven by an equally persistent increase in cash and by extension credit in the economy while family incomes have risen much more slowly, though sufficient to qualify for mortgages.  This has actually expanded credit demand as well.

All this has caused a natural pricing change in housing.  Where a mortgage payment in 1980 could support a 100,000 mortgage, that same payment today will support about $500,000.  Thus over 35 years we have seen a steady price rise as rates slowly declined.  Better yet, the repricing has also spread out into rural areas as well reflecting a change in labor mobility as well.
Thus we have a world in which a couple can readily qualify for a $500,000 mortgage.  Better yet the lenders are now happy to lend on that is a slab of concrete in a high-rise.  All this has hugely expanded real demand and the supply as well.  We now preferentially build condos everywhere and this supplies a huge upgrade market for townhouses and rebuild of older houses.

The market has changed radically.  It is better to state that this is where the USA market is going.  The present condition there is simply a leftover from the Wall street induced credit collapse and we are now experiencing  real recovery led by local banking.  So in reality the USA market will now catch up to the Canadian market.

Interest rate variation is a concern but so what?  The central banks essentially abandoned serious upward pressure on rates simply because they cannot be sustained at all when the whole economy is participating directly in a fully repriced real estate market and are hyper wary of high risk lending now back in the hands of private lenders.

Yet another international organization is warning about Canada’s major debt problems, mostly tied to a housing addiction.

The Bank for International Settlements (BIS), an international banking organization that serves as a bank for central banks, is flashing warning indicators for Canada.

The warning signs mean that debt has reached critical levels, and will likely result in a financial crisis.

The credit-to-GDP gap has reached a critical level in Canada. The BIS defines this as the “difference of the credit-to-GDP ratio from its trend.” That’s bankster for “it compares credit consumption to the output of the economy.” If the level is too high, the amount of private credit is “unjustified.” The lower the number, the more credit can be “safely” consumed. BIS considers anything above 2 to be a strong gap, and anything above 10 to be a critical warning. Breaching 10 results in a banking crisis in two-thirds of economies, within three years.

Currently Canada is sitting at 14.1, the only G7 country to breach this level. China and Hong Kong are the only other countries that are higher. China is currently at 24.6, and Hong Kong is at 30.3. To contrast Australia is at -0.5, Germany is at -4.3, and the US is at -7.7. So we’re pretty far off the mark. Also worth noting that the BIS has also flagged Canada for a property price gap above critical level. This could complicate the credit-to-GDP gap even further.

The debt service ratio (DSR) of three countries are throwing warning signs when interest rates return to normal. A DSR is a term economists use to determine the ratio of debt payments a country will be making, compared to the country’s export earnings. It covers principal and interest payments. If the level is too high, it makes it hard for an economy to grow. You know, since people are devoting a high amount of money to stuff they already bought.

BIS modeled a 250 basis point rise in interest rates, which would put Canada back to a “normal” level according to Canadian parliament. This modest increase would send three economies above the critical warning threshold – Hong Kong, China, and Canada. The DSR of those countries are modeled to be 11.1, 8.8, and 7.6. The organization claims that when this warning threshold is breached, two-thirds of countries face a banking crisis within two years.

Canada, China, and Hong Kong are the only economies that have issues with both their credit-to-GDP gap, and their debt-service-ratios if rates rise. China is actively trying to crackdown on high amounts of leverage, even at major financial institutions. Canada and Hong Kong, not so much. Two-thirds of countries experience a banking crisis, eh?

Read the original article on Better Dwelling. We’re building a different kind of news outlet – one that aims to stimulate discussion rather than direct it, but we need your help. Like this article? Share it with a friend. Hate it? Give us a tweet and tell us why. Like us on Facebook to be notified when the next post goes live. Copyright 2017. Follow Better Dwelling on Twitter.