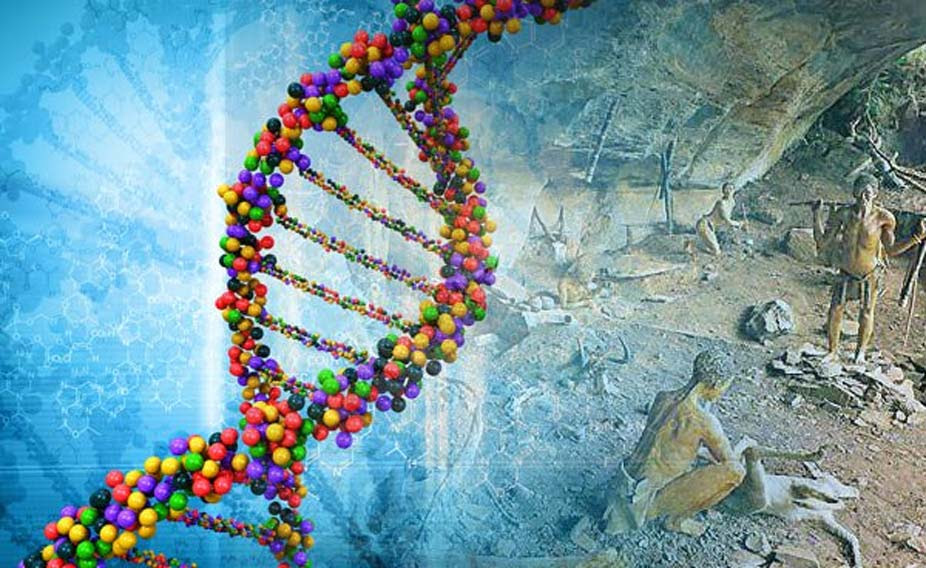 We need to assume that hunting bands from many lineages distributed themselves through all of Eurasia depending mostly on adaptation to the climate.  Mobility was never an issue.  It only got interesting when large tribes or villages became possible.  This allowed a territory supporting n hunting bands of say two dozen individuals at best to suddenly face some of their number to jump in size to around 120 or so.

Bands unable to follow suit simply were absorbed after the population expansion.


We will need thousands of samples before we really police what sort of happened.

Recall that in the Americas, the indigenous population collapsed around five hundred years ago.  In coming immigration and rapid intermarriage has largely assimilated the entirety of the original population to the point any long time lineage has native contribution.  The natives in pure form are a minority as is true world wide in most cultures.  Yet their genetics are in most of us.


Throughout Eurasia it seems simply that neanderthal populations did not adapt to a new life way soon enough..

Phys Org reports that in 1937, a 124,000-year-old Neanderthal thigh bone was discovered during excavations near the entrance of Hohlenstein-Stadel cave in southwestern Germany. After 80 years its mitochondrial DNA has been fully analyzed and suggests that an early wave of modern human ancestors could have interbred with Neanderthals somewhere between 470,000 and 220,000 years ago.

One of the main reasons scientists have always had trouble to spot the exact date Neanderthals split with humans has to do with the two different kinds of DNA in human cells: nuclear DNA and mitochondrial DNA. The mitochondria and nucleus are two organelles inside a cell that share many similarities. Both are made of two membranes. These membranes separate the inside of the organelle from the outside, but have protein channels that allow things to pass in and out. Both contain DNA material that carries genes that encode for proteins. Both have genes that make ribosomes, the machines that read the instructions in RNA to make protein. The problem, however, is that nuclear DNA suggests humans and Neanderthals split 765,000 to 550,000 years ago, while mitochondrial DNA suggests the split took place 365,000 years later, around 400,000 years ago.

(a) Pictures of the HST femur, (b) map of archaeological sites where complete mtDNA from archaic humans were reconstructed (Cosimo Posth et al CC BY 4.0)

An ancient mitochondrial DNA from a 124,000-year-old Neanderthal thigh bone could resolve the puzzling relationship between modern humans and Neanderthals. "The bone, which shows evidence of being gnawed on by a large carnivore, provided mitochondrial genetic data that showed it belongs to the Neanderthal branch," Cosimo Posth of the Max Planck Institute for the Science of Human History and lead author of the study, tells Phys Org. The genetic data recovered by the research team offers a timeline for a suggested hominin migration out of Africa that took place after the ancestors of Neanderthals arrived in Europe, by a lineage more closely related to modern humans.

That is indeed a very strange scenario that could change the current narrative of mankind’s history, as from what we know today, humans didn’t engage in mass migration from Africa, their backyard, to Europe, Neanderthal territory, until 75,000 years ago. Early human-like DNA suggests that a female ancestor of modern humans gave birth to a Neanderthal possibly several hundred thousand years before humans and Neanderthals were initially believed to come in contact for the first time. So, could that mean that a small group of archaic humans left Africa earlier than what we thought, and interbred before the big migration? The new study published in Nature Communications clearly suggests that theory. 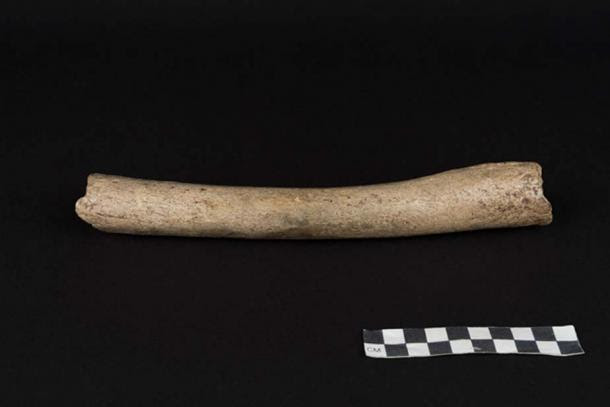 The bone that has provided mitochondrial genetic data that showed it belongs to the Neanderthal branch. Credit: Photo: Oleg Kuchar © Photo Museum Ulm

One of the questions rising from this new study, however, is how these small Neanderthal groups managed to spread all over Europe (from Spain to Siberia). Joshua Schreiber, a population geneticist at Temple University who was not involved in the research, is not sure how these genes could have spread across such a big territory back then. “It’s hard for genes to move when they don’t have cars and airplanes,” he tells The Verge, even though he agrees that the new theory makes a lot of sense and could reshape human history if further genetic analyses back it up.Furthermore, Schreiber says that mitochondrial DNA is only a small part of the larger genetic puzzle and to confirm their analyses, the researchers will need nuclear DNA as well. What complicates things for the research team even more though, is that no nuclear DNA has been recovered from the ancient thigh bone, since it was chewed over by carnivores and contaminated with modern DNA. Nevertheless, Posth and his team hope that enough DNA samples may make it possible to retrace humans’ very early migration even without a fossil record, “We can track the human genes appearing among Neanderthals. It’s a nice parallelism with what happens later, with the Neanderthals inside of us,” he tells The Verge, implying that the research will continue for a long time to come.

By Theodoros Karasavvas
Posted by arclein at 12:00 AM