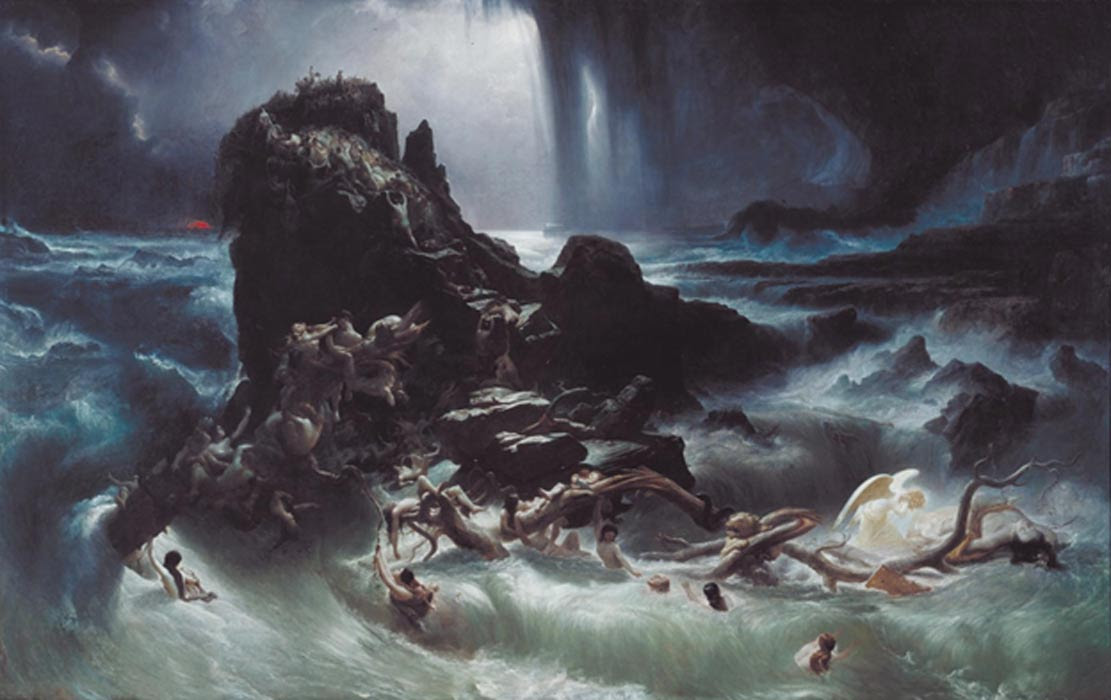 This flood obviously emptied a large lake and caused huge damage. We also posted on this last year as well.  What is interesting is that the events took place four thousand years ago and that the civil response was so excellent.

I would like to see the geology worked up on the flood of the Pleistocene Nonconformity as well.  This is where the Pacific surely unloaded its energies in the form of a monster tsunami that washed out over vast tracts of land leaving debris banks.

The sea level was still three hundred feet lower  so that may make it difficult, but the potential is there for such a larger vision.
.

Modern people have long wondered about ancient stories of great floods. Do they tell of real events in the distant past, or are they myths rooted in imagination? Most familiar to many of us in the West is the biblical story of Noah’s flood. But cultures around the world have passed down their own tales of devastating natural disasters.


New research recently published in Science by a group of mostly Chinese researchers led by Qinglong Wu reports geological evidence for an event they propose may be behind China’s story of a great flood. This new research delves into the field of geomythology, which relates oral traditions and folklore to natural phenomena like earthquakes, volcanic eruptions and floods. 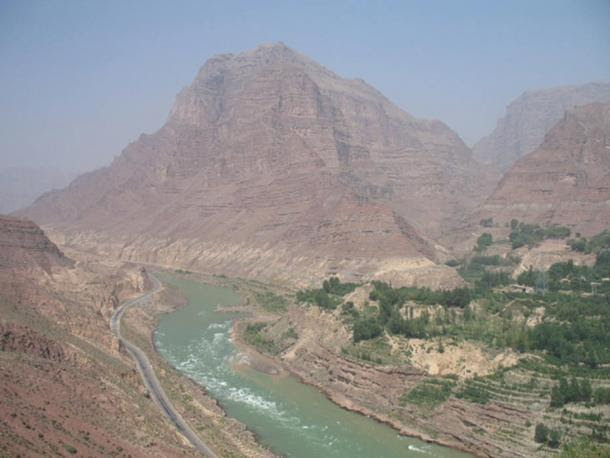 A view of Jishi Gorge, upstream from the landslide dam researchers say unleashed a great flood in China almost 4,000 years ago. Gray silt deposits are visible dozens of meters above the water. (Wu Qinglong)

The story of Emperor Yu, the legendary founder of China’s first dynasty, centers on his ability to drain persistent floodwaters from lowland areas, bringing order to the land. This ancient flood story centers on the triumph of human ingenuity and labor over the chaotic forces of the natural world. It’s strikingly different from other flood traditions in that its hero didn’t survive a world-destroying flood but rather pulled off feats of river engineering that brought order to the land and paved the way for lowland agriculture. But was Emperor Yu a real historic person, and if so what triggered the great flood so central to his story? 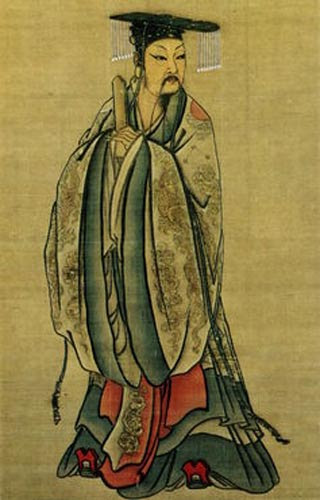 In their new analysis, Wu and colleagues build on previous studies of landslides in the Jishi Gorge that dammed the Yellow River where it flows down off the Tibetan Plateau. They marshal geological and archaeological evidence to argue that when a landslide dam failed, a flood ripped down China’s Yellow River around 1920 BC. They dated lake sediments trapped upstream of the landslide dam and flood sediments deposited downstream at elevations of up to 165 feet (50.29 meters) above river level. They estimated the landslide dam’s failure sent almost a half million cubic meters of water per second surging down the Yellow River and on across early China. They also note that the timing of this flood coincides with a major archaeological transition from the Neolithic to Bronze Age in the downstream lowlands along the Yellow River.

The Science study not only reports evidence of a great flood at the right time and place to be Yu’s flood, but also notes how it coincides with a previously identified shift in the course of the Yellow River to a new outlet across the North China plain. The researchers suggest the flood they identified may have breached the levees on the lowland river and triggered this shift. 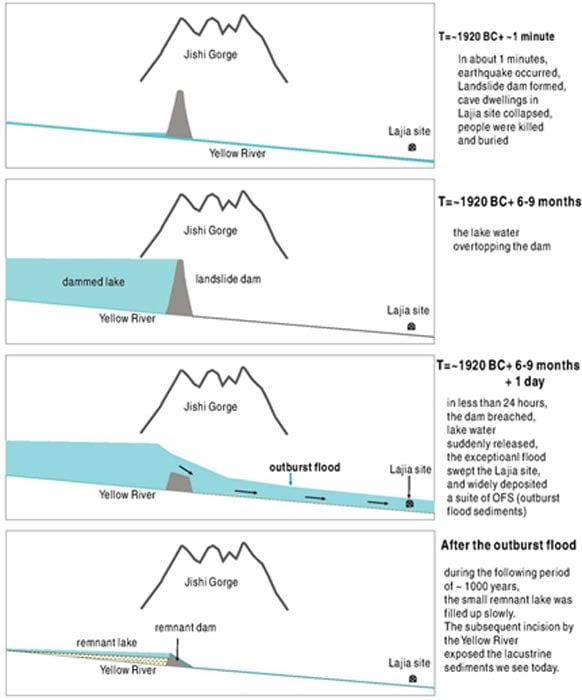 Diagram of the hypothesized dam outburst process in the Jishi Gorge. (Wu Qinglong)

And this, in turn, would help explain a unique aspect of the story of Yu’s flood. A large river rerouted to a new course could trigger persistent lowland flooding. A longer route to the sea would impose a gentler slope that would promote deposition of sediment, clogging the channel, and splitting flow into multiple channels – all of which would exacerbate flooding of lowland areas. This sounds like a pretty good setup for the story of Yu’s long labor to drain the floodwaters and channel them to the sea.

Flood Stories from Cultures Around the Globe

When I researched the potential geological origins of the world’s flood stories for my book “The Rocks Don’t Lie: A Geologist Investigates Noah’s Flood," I was impressed with how the geography of seemingly curious details in many local myths was consistent with geological processes that cause disastrous floods in different regions. Even along the Nile, where the annual flood is quite predictable, the lack of flood stories is consistent with how droughts were the real danger in ancient Egypt. There, failure to flood would have been catastrophic.

Around the tsunami-prone Pacific, flood stories tell of disastrous waves that rose from the sea. Early Christian missionaries were perplexed as to why flood traditions from South Pacific islands didn’t mention the Bible’s 40 days and nights of rain, but instead told of great waves that struck without warning. A traditional story from the coast of Chile described how two great snakes competed to see which could make the sea rise more, triggering an earthquake and sending a great wave ashore. Native American stories from coastal communities in the Pacific Northwest tell of great battles between Thunderbird and Whale that shook the ground and sent great waves crashing ashore. These stories sound like prescientific descriptions of a tsunami: an earthquake-triggered wave that can catastrophically inundate shorelines without warning. 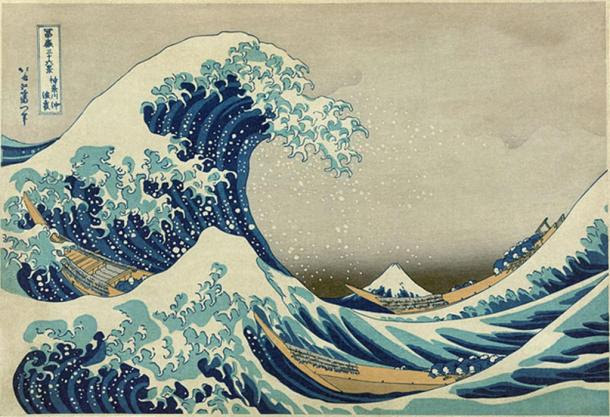 Other flood stories evoke the failure of ice and debris dams on the margins of glaciers that suddenly release the lakes they held back. A Scandinavian flood story, for example, tells of how Odin and his brothers killed the ice giant Ymir, causing a great flood to burst forth and drown people and animals. It doesn’t take a lot of imagination to see how this might describe the failure of a glacial dam.

While doing fieldwork in Tibet, I learned of a local story about a great guru draining a lake in the valley of the Tsangpo River on the edge of the Tibetan Plateau – after our team had discovered terraces made of lake sediments perched high above the valley floor. The 1,200-year-old carbon dates from wood fragments we collected from the lake sediments correspond to the time when the guru arrived in the valley and converted the local populace to Buddhism by defeating, so the story goes, the demon of the lake to reveal the fertile lake bottom that the villagers still farm.

The most deadly and disruptive floods would be talked about for years to come. Here Aztecs perform a ritual to appease the angry gods who had flooded their capital. (Public Domain)

Of course, attempts to bring science to bear on relating ancient tales to actual events are fraught with speculation. But it is clear that stories of great floods are some of humanity’s oldest. And the global pattern of tsunamis, glacial outburst floods, and catastrophic flooding of lowlands fits rather well with unusual details within many flood stories.

And even though geological evidence put the idea of a global flood to rest almost two centuries ago, there are options for a rational explanation of the biblical flood. One is a catastrophic inundation that oceanographers Bill Ryan and Walter Pitman propose happened when the post-glacial rise in sea level breached the Bosporus and decanted the Mediterranean into a lowland freshwater valley, forming the Black Sea. Or perhaps it could relate to cataclysmic lowland flooding in estuarine Mesopotamia like that which inundated the Irrawaddy Delta in 2008, killing more than 130,000 people.

Does the new study by Wu and his colleagues prove that the great flood they reconstruct was in fact Emperor Yu’s flood? No, but it does make an intriguing case for the possibility. Yet previous researchers studying landslide dams in the Jishi gorge have concluded that ancient lakes there drained slowly and dated to more than 1,000 years before the dates reported in this latest article. Was there more than one generation of landslide dams and floods? No doubt geologists will continue to argue about the evidence. That is, after all, what we do.

It’s always been part of human nature to be fascinated by and pay attention to the natural world. Great floods and other natural disasters were long seen as the work of angry deities or supernatural entities or powers. But now that we are learning that some stories once viewed as folklore and myth may be rooted in real events, scientists are paying a little more attention to the storytellers of old. 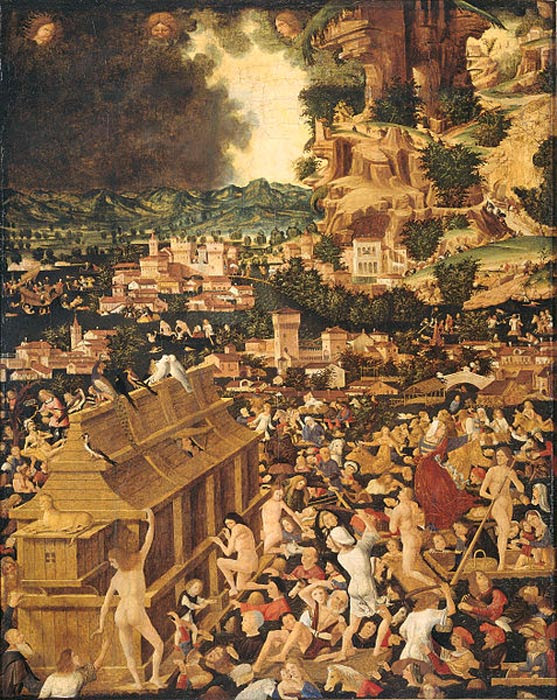