Notes of a Reformed News Weasel: Understanding the Vacuity 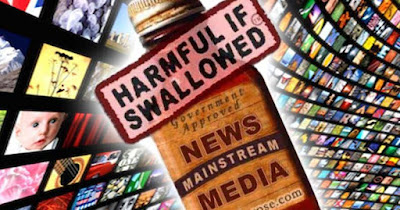 What makes it horrible is that our education system picks them all up out of high school where their education was seriously watered down to start with and then attempts to make them journalists. Thus folks who are second raters at best slide into a college system designed to milk them but also not fail them out too quickly with any thing challenging.


Back in the day talented young men were discovered and absorbed easily into challenging programs with scholarships if parental support was missing. They then mixed with the children of the well to do and slid easily into the so called upper class.


The less talented found more difficult roads but again a serious cadre was produced to handle the professions. They all had a sound grasp of the basics of mathematics and their language and the sciences and history and geography.

What truly separated out the wheat from the chaff was the willingness to read and read some more all leading to a lifetime of self education.

Let me ask a question. Can you speak for fifteen minutes on almost any question thrown at you and be able to express an opinion?

The real failure is a lack of curiosity.
https://fredoneverything.org/notes-of-a-reformed-news-weasel-understanding-the-vacuity/
Do you wonder why the legacy media are such puzzled otherworldly twits? Why, for example, they had no idea what was happening in the recent election? Why they seem to know so very little about America or much of anything else?
Some thoughts from a guy who spent a career in the racket:
Ask journalists when they were last in a truck stop on an Interstate, last in Boone, North Carolina or Barstow, California or any of thousands of such towns across the country. Ask whether they were in the military, whether they have ever talked to a cop or an ambulance crewman or a fireman. Ask whether they have a Mexican friend, when they last ate in a restaurant where a majority of the customers were black.  Whether they know an enlisted man, or anyone in the armed services. Whether they have hitchhiked overnight, baited a hook, hunted, or fired a rifle. Whether they have ever worked washing dishes, harvesting crops, driving a delivery truck. Whether they have a blue-collar friend. Know what the Texas Two-Step is, have been in a biker bar.
Now do you see why Trump surprised them?
Next, ask how many went to fancy schools like Oberlin, Swarthmore, Amherst, the Ivies, Bard. Ask how many even know someone who graduated from a land-grant school. Ask whether they know an engineer.
Now look at how much they write about each other for each other. Look at the endless coverage of what Maddow said about what Hannity thought about O’Reilly’s harassment of soft-porn star Megyn  and how much she might make at CNN. Ask how much time they spend comparing ratings. They are fascinated by themselves.
Ask them how many have ever worried about paying the electric bill, had to choose between a new winter coat or paying the cable, or known anyone who did.
They don’t know America, and they don’t much like it.
Ask them whether they are rich. They will say no, and believe it. Yet when friends drop in, the question will be whether to eat Turkish or Thai on the Hill. For much of America, dinner in a Turkish restaurant on Cap Hill, where the waiter puts a white napkin in your lap and the bill for four with drinks and tip is $180, would be the adventure of a lifetime.
In Washington, a two-bedroom apartment in a very old building across  Connecticut Ave from the zoo, with the original steam radiators, goes for $2500 a month. An 835-square foot two-bedroom condo in Colonial Village, just across Key Bridge in Arlington, Virginia,  starts at $2450. Fifteen years ago, such a closet sold for $300K..

Colonial Village, Arlington, Virginia. Worth at least twenty percent of what you would pay for it.
Now ask how many journalists voted for Trump. Close to zero. Virtually the entire press corps is of one mind and slants the news to the point of verticality. In the absence of Trump, they are almost as heavily Democratic. Most don’t know  they are doing it. It’s just that they are so obviously…right. They are not reporters. They are advocates.
It is more than having the same politics. They have no conception of such romantic notions as freedom of expression or the interplay of ideas. You will never see a policeman given five minutes, uncensored, to describe what really happens in the streets or a gun owner, not chosen to be a buffoon, allowed to explain his position. If you told them that the media are tightly controlled, they would think you a right-wing loon.
Journalists are not stupid, running to well above average in intelligence. You could form a large chapter of Mensa by raiding newsrooms in Washington. However, with a fair few exceptions, they are not intellectuals, not contemplative, not studious. They are high-pressure fact-accountants, competitive, comfortable under tight deadlines, aggressive, combative, quick but shallow. This can be a serviceable substituent for stupid.
In a curious process of self-delusion, they imagine a world that doesn’t exist and then try to live in it. For example, they don’t know what cops face in the ghetto because they have never been in the ghetto and don’t know any cops. They dismiss anyone who tells them that things are not as they think. Their confidence is invincible, for do not all their friends say the same things?
Their ideological attachment to political  correctness is–obviously–strong. This is particularly stark with respect to race. Week after week, year after year, we read on the internet of whites beaten, burned, punched, of stores looted by flash mobs and wrecked in brawls. The perpetrators are always “teens” or “troubled youths.” If you ask reporters why they never mention race, they say things like “race is irrelevant. A crime is a crime.” But let a white cop shoot a black attacker, and nothing matters except race–not truth, guilt or innocence.
They see no hypocrisy in this. They believe that they are just expressing Right Values. Since they talk only to each other, nothing contradicts them.
Coverage of most things is either bad or nonexistent because the media have neither the time, resources, nor inclination to cover much of anything. Most outlets are crippled by the nature of their medium, political correctness, narrow focus, and lack of curiosity.
For example, television is the medium of the illiterate and barely literate. (People who can’t or don’t read all have televisions.) It lacks the staff to have specialized reporters, has to avoid offending anyone so as to keep the advertisers happy, has very little time to spend on a story which it has to keep at a sixth-grade level to avoid losing much of its audience. It has to be politically correct so as to impose appropriate values. It can’t upset big corporations because that’s  who owns it.
Newspapers can assume perhaps a tenth-grade and better readership, but they too must be PC, worry about the advertisers, and they too lack staff. Big papers will typically pay attention to State, DoD, Congress, the political parties, and themselves. Most of the government simply isn’t covered. When is the last time you saw a story about HUD, Commerce, the Bureau of Indian Affairs, Energy, or Education?
That’s why the mainstream media are largely vapid and predictable. It is why the internet, not bound by political correctness or controlled by corporations, able to specialize, to serve intelligent readers, is now primary.
Posted by arclein at 12:00 AM