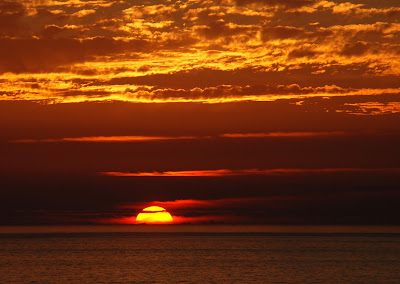 An interesting teaching and again names we no longer know.  Recall that the bronze Age had the entire Sahara to draw names from as well.  That and the Atlantean world have all disappeared.

As well the desiccated middle east has surely lost many place names.

Then there are the thousands of names in the americas.

You get the point.  So far i have Ithaca and that may just be luck..

Great God of Wisdom, help me in my transcription of these writings, that they may be a true record; for I am not learned in letters, as was Sopher. I am unskilled even as a scribe.

Man is a battleground, he is torn apart in the struggle between his two selves. He dwells in the dark night of ignorance.

From Ramakui of the seven cities, Land of Copper, came the People of the Light and they brought with them, out of their transparent temples, the Light that shines, when darkness falls, without being lit. Led by the Old Bald-Headed One, he whose name is not spoken, they came out of the West at the sunsetting. They came from the place where now the sun goes down; in the days when the Western wilderness was green and sand had not replaced the waters; when the outlands nourished cattle and sheep fed where now there is nought but rock and stone. The Tirdinians welcomed them not, but they passed safely through the westward places to the land of Ansibyah, and were succoured and fed.

They brought to the people many things, for wise they were and learned. They were men of wisdom.

Truth is not for the multitude, dirty hands despoil fine linen. The high bom have their estates and the lowly ones have their appointed places. Truth is not sold in the marketplace, nor can riches alone obtain it. Few entered the great chambers to die and to live. The temples were fine shells, but the kernel was dead inside. Men lacked the foods of life.

The True God was guarded and hidden by the false gods. He spoke in the hearts of the wise, but the people heard the voice in the stone. Their ears were closed to all but the voices of men. Small places there were in olden times for all gods, the pillars were not yet stood up. The stones were not yet in their places and the House of Hidden Secrets was not yet in the land.

Then temples were built in splendour and priests were comforted in mansions. Great gardens and fields were the property of the gods of men. They had great herds of cattle in their pastures. Within the worship and ritual, amid the pomp enshrining the little gods, shone the light of Truth which was the revelation of The True God. It was known to few and fewer understood it.

Seven years men being chosen waited and were called. Seven years they served and seven years they ministered at the feet of their Masters of Instruction. They were passed into bleak caverns to die and know God, and called forth with the sure knowledge of Truth. Thus, men were made servants of The One True God. Thus, they knew the Truth which may not be written, for many read who are not with us in God.

There were writings which speak truly, but they are no longer with us. The Arisen Ones know the secrets of the lesser gods who are no more than these. The Great Scales weigh the soul by its appearance in the Netherworld, and this its place is appointed. Its virtues from its food, but no man eats the filth that is his.

He who devours souls is but the dark cave of horror which opens to receive dark souls into affinitive darkness. The Rakima watches in silence; patiently it sits, waiting for the day of the Destroyer. It will come in a hundred generations, as is written in the Great Vault.

All men are not equal in heart and spirit. Is the Southern Man learned, or the Ambric Man brave?

The Land of Incense bestows all good things upon its inhabitants, yet they are not great. The Land of Bright Waters raises nothing but trees and grass, yet its people are strong and the lion does not equal them in courage.

Above are the waters of Heaven and below are the waters of the Dark Region, yet there are not two waters but one. There is the fire above and the fire below, yet there are not two fires but one. The Lady of Ladies is arrayed  in a radiant garment, when it dims the great trial begins. Her footsteps do not waver, her path is straight, but beware when she wavers and is inconsistent.

Great Mistress of the Stars, let us abide in peace, for we fear the revelation of your horns. Remain ever constant as a good wife to the Lord of the Day. When women are as men and inconsistent as women, the hour approaches when the Great Lady will wander. When man and woman meet as one in likeness, the Fiery Heralds will appear in the darkness of the sky vault.

Man twirls the drill in his hand; he is the master of fire, but the day comes when fire will leap forth from the heart of the stone and consume him. Men read the Great Book of the Master of the Hidden Temple. They die and take it with them, but there is no power in their words, and who but we, the Enlightened Ones, know the hidden meanings? It is not for those dead to the Earth, who step forth in the Netherworld, but for those who died and remain with us.

In the First Book it is written: "Words that do not produce deeds are as thistledown on the wind. They were better never uttered".

The soul of man is as a bird that knows of a place to which it must journey, but which it has never seen yet it departs on the appointed day. Men have gods in Heaven and gods on Earth, but Heaven is for gods and earth for men. Thus did we write our own doom.

In the Secrets of the Soul it is written: "The soul of man is not a small thing inside him, but wraps him about. It is greater than the boundaries of the Lands of the Reed and the Lily, and reaches out beyond the stars".


To live, man must believe in his soul. Belief comes not from outside teaching but from listening to its whispers, unbelief comes from stopping the ears to its murmurs. Read the Sacred Writings diligently and hear the voice of the Instructing Master with receptive heart, so you may furnish your soul with nourishment, and it shall not wither from any lack of sustenance.

The seed of Truth came to the black fertile land in olden times and was planted in well watered soil.

Pontas was not yet bom. It grew not in the light of the sun, for ignorant men would cut it down. In the dark places it flourished. Earth is a strange place and stranger the creature who rules it. Then came the dawn of a brighter day.


The tree was goodly and its leaves filled both the Land of the White Crown and the Land of the Red Crown. In a day of darkness men came who exposed it, and the king said, "Cut it down, lest it choke us with wisdom".

The tree died, but its seeds falling into the red soil lived and from them saplings grew. They were sheltered under the strong arm of the East. Then came one who was Lord of the Sweet Breeze, one who had sat beneath the Tree of Life, and he raised up a city to the Veiled Truth. Over the great road it was, by way of Lados it lay.


He revealed the Light of Truth darkly to the people, but they were people of the night and even its dim flame consumed them. The child of good intentions may be fair or dark.

The Guardians of Truth covered the bright flame and even its glow was seen no more by the people. No unlearned man again saw the light.

A treasure in the hands of a few is great to each. Shared among many it has little value for one. We had been told the ways of men from olden times, but we heeded not the warning.

Now the Truth is scattered to the four quarters of the Earth. Thus it was foretold it should be, therefore it is appointed. A tree scatters its seeds by the thousand, yet but one may spring to life, and that may lay long in the soil.


These writings have been re-written with diligent care. They have been transcribed exactly as they are and no  thought or belief of mine has gone into them. May those to whom they come as a heritage be no less circumspect in dealing with them.
Posted by arclein at 12:00 AM