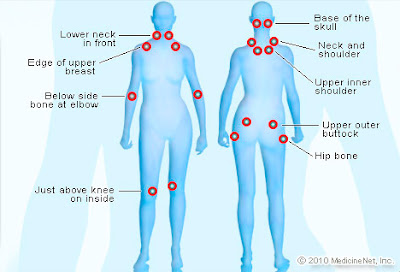 There are no end of doctors who will argue imagination to rationalize their real ignorance.  It is very annoying.  Doctors must stop doing this and learn to acknowledge ignorance and that we lack successful protocols.

Now we know something about our nervous system we did not understand and from that we get the basis for the pain.

It is not going to be easy to resolve but now we have a real starting point and we may get lucky too.
.

Researchers have found the main source of pain in Fibromyalgia patients, and contrary to what many believe, it does not stem from the brain. The findings mark the end of a decades-old mystery about the disease, which many doctors believed was conjured in patients’ imaginations. The mystery of Fibromyalgia has left millions of sufferers searching for hope in pain medications. Up until recently, many physicians thought that the disease was “imaginary” or psychological, but scientists have now revealed that the main source of pain stems from a most unlikely place- excess blood vessels in the hand, legs and foot.

The discovery may lead to new treatments and perhaps even a total cure in the future, bringing relief to as many as 5 million Americans thought to have the disease. To solve the Fibromyalgia mystery, researchers zeroed in on the skin from the hand of one patient who had a lack of the sensory nerve fibers, causing a reduced reaction to pain. They then took skin samples from the hands of Fibromyalgia patients and were surprised to find an extremely excessive amount of a particular type of nerve fiber called arteriole-venule (AV) shunts.

Up until this point scientists had thought that these fibers were only responsible for regulating blood flow, and did not play any role in pain sensation, but now they’ve discovered that there is a direct link between these nerves and the widespread body pain that Fibromyalgia sufferers feel.

The breakthrough also could solve the lingering question of why many sufferers have extremely painful hands and foot as well as other “tender points” throughout the body, and why cold weather seems to aggravate the symptoms. In addition to feeling widespread deep tissue pain, many Fibromyalgia patients also suffer from debilitating fatigue.

Neuroscientist Dr. Frank L. Rice explained: “We previously thought that these nerve endings were only involved in regulating blood flow at a subconscious level, yet here we had evidences that the blood vessel endings could also contribute to our conscious sense of touch… and also pain,” Rice said. “This mismanaged blood flow could be the source of muscular pain and achiness, and the sense of fatigue which are thought to be due to a build-up of lactic acid and low levels of inflammation fibromyalgia patients. This, in turn, could contribute to the hyperactivity in the brain.”

Current treatments for the disease have not brought complete relief to the millions of sufferers. Therapies include narcotic pain medicines; anti-seizure drugs, anti-depressants and even simple advice such as “get more sleep and exercise regularly.” Now that the cause of Fibromyalgia has been pinpointed, patients are looking forward to an eventual cure. Other expressed frustration about how much they had suffered already:

“When are they ever going to figure out that things are never “all in your head?” said one commenter. “Whenever something doesn’t fit in their tiny little understanding, they belittle the patient and tell them they are crazy. People have suffered through this since they were invented. Prescribing SSRIs for everything is not the answer any more than a lobotomy or hysterectomy was.”

The announcement has the potential to unlock better future treatments and undoubtedly has patients all over the world rejoicing that the mystery of Fibromyalgia has finally been so
Posted by arclein at 12:00 AM