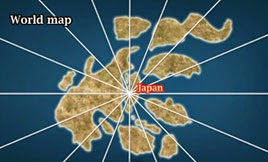 I am revisiting this topic.  We can make certain observations that presently conform with other cultural evidence and material evidence.
1   The Chrysanthemum symbol shows up and this is an important expression of the theoretical basis of the physical world and conforms to my expectations regarding the most ancient documentation.  Sumeria also shows this symbol.
2    Pyramids were used to communicate off planet.  This provides a rational basis for the world wide distribution and their  sometimes curious locations.

3    Initial management was through long lived 'god' rulers who then appointed governors to manage local operations globally.  That these God kings were not necessarily human can now be accepted as we now have ample archeological evidence of it.

Whatever the origins of this manuscript, it tells the same story as we had in other locales.  this obviously adds to its credibility.


The Takenouchi Manuscripts and the Story of Humanity Never Told

The Takenouchi manuscripts are a set of mysterious documents that were rewritten by a man named Takenouchino Matori 1,500 years ago in a mixture of Japanese and Chinese characters, transcribed from even older texts. According to legend, the original documents were written in divine characters many millennia ago by ‘the gods’. The unusual texts tell a story of humanity in a way that has never been told before, starting from the beginning of creation up until the emergence of Christianity. They talk of an era in our ancient past where mankind lived in peace and harmony, united under the rule of the son of a Supreme God.

The Takenouchi documents are said to be preserved by the Takenouchi family, descendants of Takenouchino Matori, son of the legendary Japanese hero Takenouchi no Sukune. According to Yamane Kiku in his book “The Authentic History of the World Secreted Away in Japan”, the original manuscripts were handed down from generation to generation and kept within the Kosokotaijingu Shrine in Mount Omijin in Toyama Prefecture.


It is not clear how Takenouchino Matori translated the supposedly ‘divine language’, but according to modern transcriptions, the Takenouchi documents describe the history of all nations in the ‘Divine Era’. They talk of an ancient world which evolved in four different periods of time starting around 300 billion years ago:


The Joko/Koto era consisting of 25 generations


The Fukiaezu dynasty consisting of 73 generations


The Kanyamato dynasty, which includes 125 generations, starting in 660BC and continuing to this day. 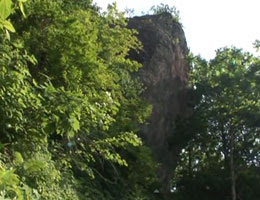 In the beginning, the story goes that the world was a sea of mud, which took 22 billion years to form. The first God and Goddesses emerged, the heavens and the Earth were separated and the Sun and Moon were created. Gradually, Earth took form during a period of 6 generations. In the fifth generation, the Gods gave birth to the Creator of Nations, who descended to Mount Kurai in Japan, dressed in a ‘shiny’ body. During the period of the seventh generation, various beings developed technologies including transportation and writing, weather control, farming technology and computers. This seventh generation started the beginning of the lineage of World Emperors starting with Sumera-Mikoto, an ancient Japanese word. The Takenouchi documents refer to the Sumera-Mikoto as the ‘Son of the Sun’, since he descended from the Sun God.


The children of the Sun God started the High Ancient Dynasty and after 8 billion years, their sons and daughters were sent all over the world to start their own nations. In the Takenouchi documents, the account of human creation does not follow the path of evolution. Rather, it was the Gods that created humans, and the sons of Gods created five types of coloured people (white, red, blue, yellow and black) and scattered them all over the Earth. Japan became the centre of the world, from where the Gods created races and dispersed them outwards.


The Koto Era was the womb of the creation of a unified world government under the reign of the first god emperor, the Sumera-Mikoto. Sumera-Mikoto divided the world into 16 regions with Japan at its centre, appointing a king to rule over each region. The crest off the Sumera-Mikoto, the 16 petal chrysanthemum, symbolizes the world and its 16 regions. This crest, known today as the Chrysanthemum Flower Seal is still used today as the Imperial Seal of Japan, a crest used by members of the Japanese Imperial family. Under the Meiji Constitution (1890-1947), no one was permitted to use the Imperial Seal except the Emperor of Japan. 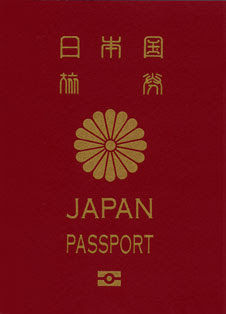 
But the 16 petal chrysanthemum has not only been used in Japan. It was also present on the Ishtar Gate of Babylon (a reconstruction using original bricks is now shown in the Pergamon Museum, Berlin), at the Alhambra Palace in Spain, and at various locations in Rome, Egypt, and elsewhere. Is it a coincidence, or is there an ancient connection? 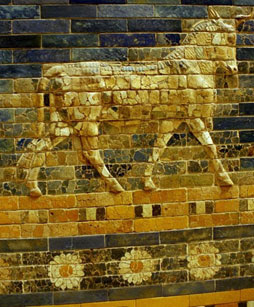 
According to the Takenouchi manuscripts, the seat of this world government was located in the Hida Mountains in Japan. The Kosokotaijingu Shrine was the most sacred of all, dedicated to the ancestors of mankind. It is said that the shrine was built with a non-rusting metal called hihiiro-kane. According to the Takenouchi documents, all five coloured races of humanity visited the shrine to celebrate in an annual festival.


The documents state that Sumera-Mikoto made frequent tours all around the world. He travelled in a flying vessel called Ameno-ukifune (‘floating ships’). The documents tell us that the places that these vessels landed were named ‘hane’ (‘winds’). Many places in Japan have names that include the word ‘hane’. These, according to the Takenouchi documents, were ancient landing sites. Even today, one of the Tokyo airports is called Haneda airport.


The ancient social system was based on agriculture. People cultivated the land as farmers of the Sumera-Mikoto. The land was owned by the Gods but administered by the people.


Although the land was leased, there was no tax involved. There was no one to control or exploit them. People could enjoy the fruits of their labour. The Sumera-Mikoto aimed to bring happiness to his people, who in return loved and respected him.


However, Sumera-Mikoto would decide who would be king of a region and who not, he had the power to add or remove a person based on their governing abilities. This reminds us of the accounts given in the ancient Sumerian texts where the first kings were appointed directly by Gods, while the first kings were the Gods.

The Takenouchi documents also refer to pyramids. According to the documents they were either human-made structures or human-moulded hills that Sumera-Mikoto would use to communicate with the heavenly Gods. The texts mention the building of numerous ‘hiramito’
Posted by arclein at 12:00 AM