The Mysterious Civilization of the Olmecs

It is additionally related that the Olmecs came originally from an island to the North called Atzlan as well.  Since crossing from even the American Mainland  and the Mississippi delta by sea meets that description and the known existence of such a named  city close by the copper fields of lake Superior, it is easy to assign this to a remnant of the Atlantean world ended in 1159 BC.   We can assume ample earlier contact as well, but now also reflect that this was an ideal refugia and that the establishment was itself never driven by copper itself.

It is important to understand that the artwork is also naturally indigenous.  I took that lesson through Southern India once.  Wonderful ancient statues looked fantastically stylized until i met a comparable family walking down my street.  Let us expect nothing else in this case.

Thus we have a scenario that fits our timelines in wghich Mexico and Mayaland was a successor effernessence of the collapsed Atlantean world which thrived globally between 2500 BC and 1159B for fifteen hundred years at least.  That is also when it is most visible in the archeological record.

The mysterious civilization of the Olmecs

Mexico is perhaps most well-known, archaeologically speaking, as the home of the Aztec civilization. Yet, before the arrival of the Aztecs, another sophisticated civilization, the Olmecs, ruled the region for almost 1000 years. Although pre-Olmec cultures had already existed in the region, the Olmecs have been called the cultura madre, meaning the ‘mother culture’, of Central America. In other words, many of the distinctive features of later Central American civilizations can be traced to the Olmecs. So, who were the Olmecs, and what was their culture like?

The Olmec civilization flourished roughly between 1200 BC and 400 BC, an era commonly known as Central America’s Formative Period. Sites containing traces of the Olmec civilization are found mainly on the southern coast of the Gulf of Mexico, specifically in the states of Veracruz and Tabasco. Although the Olmecs did have a system of writing, only few of their inscriptions are available to archaeologists at present. Moreover, there is not enough continuous Olmec script for archaeologist to decipher the language. As a result, much of what we know about the Olmec civilization is dependent on the archaeological evidence.

The Olmec/Zapotec center, Monte Albán, near the city of Oaxaca, Mexico. Source: BigStockPhoto

For a start, the Olmecs left behind much of their artwork. The most famous of these are arguably the so-called ‘colossal heads’. These representations of human heads are carved from basalt boulders, and at present, at least seventeen of such objects have been found. The colossal heads measure between one and three metres in height, and seem to represent a common subject, i.e. mature men with fleshy cheeks, flat noses, and slightly crossed eyes. Incidentally, such physical features are still common amongst the people of Veracruz and Tabasco, indicating the colossal heads may be representations of the Olmecs themselves. Given the amount of resources needed to produce such objects, it may be speculated that these heads depict the Olmec elites or rulers, and were used as a symbol of power, perhaps like the colossal heads of Jayavarman VII at Angkor Thom in Cambodia. 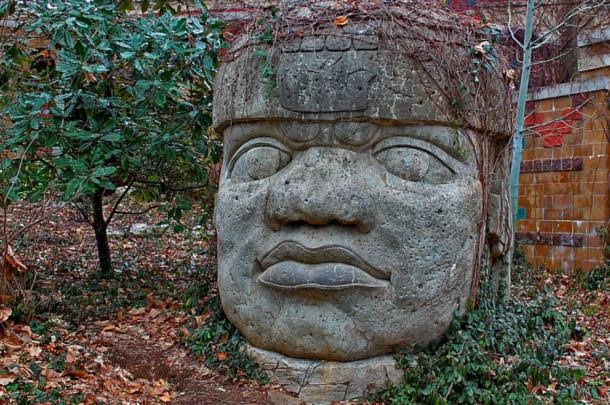 
In addition, the Olmecs also produced miniature versions of these giant heads. One such object is a ‘stone mask’ in the British Museum. In contrast to the colossal heads, this mask, which is made of serpentine, is only 13 cm high. This mask has similar facial features to the colossal heads.

Although such features can be seen in the descendants of the Olmecs, some scholars have speculated that the mask represented an African, Chinese or even a Mediterranean face. The mask also has four holes on its front, speculated to represent the four cardinal points of the compass. As the Olmec ruler was believed to be the most important axis in the world centre, it has been suggested that the mask represented an Olmec ruler. Furthermore, there are numerous circular holes on the face, indicating that face piercings and plugs were used by the Olmecs. Due to the lack of Olmec skeletons (they have been dissolved by the acidic soil of the rainforest), this mask may be the closest we can get to seeing what the Olmecs looked like. 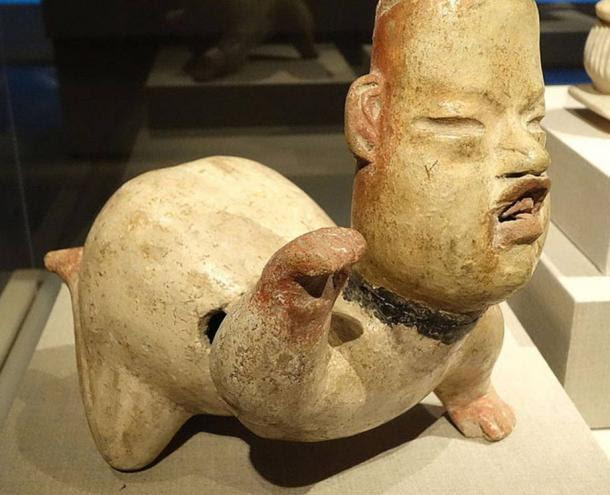 By 400 B.C., the Olmecs mysteriously vanished, the cause of which is still unknown. Although the Olmecs were only rediscovered by archaeologists relatively recently, i.e. after the Second World War, they were by no means a forgotten civilization. After all, the word Olmec itself (meaning ‘rubber people’) can be found in the Aztec language. It seems that the ‘Mesoamerican ballgame’, which was observed by the Spanish when they encountered the Aztecs, was invented by the Olmecs. As this game involved the use of a rubber ball, this may be the reason why the Olmecs were named as such by the Aztecs. This ballgame and several other features of Olmec civilization may be found in subsequent Central American civilizations. Thus, the Olmecs had a considerable amount of influence on these later cultures. As so little is known about the Olmecs today, it would require much more work and research to gain a greater understanding and appreciation of their importance to succeeding Central American societies. 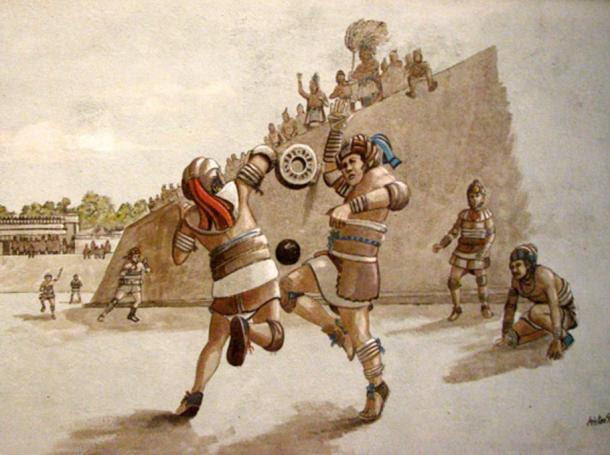 Featured image: An Olmec style face adorns the side of the Mask Temple at the Mayan site of Lamanai in Belize. Source: BigStockPhoto

- See more at: http://www.ancient-origins.net/news-ancient-places-americas/mysterious-civilization-olmecs-002540#sthash.LqpfVMBF.dpuf
Posted by arclein at 12:00 AM