The Dominant Life Form in the Cosmos Is Probably Superintelligent Robots 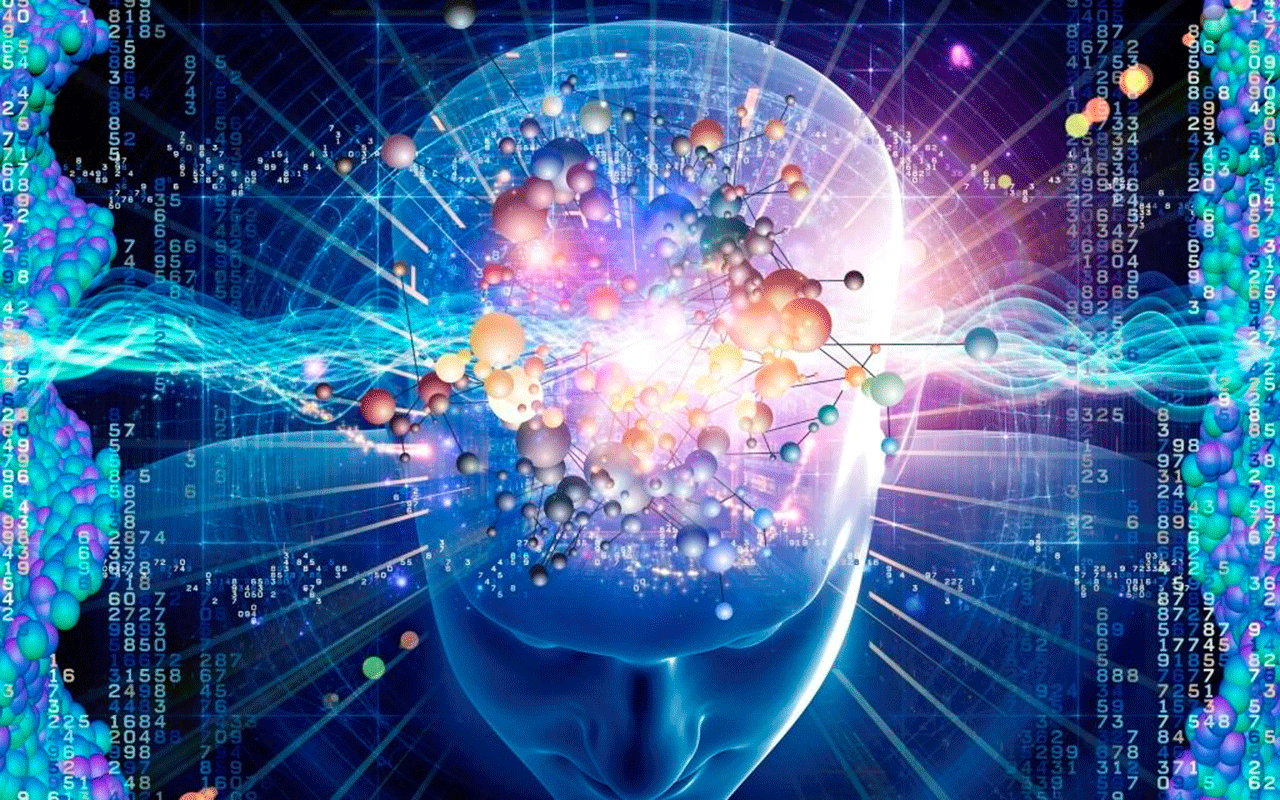 I hate to be picky, but this assertion is totally wrong but for reasons other than those underlying the assumptions for this article.  We have now learned that all organic life is driven by what we call spirit which is physically a body of dark matter that is bound coherently with photonic ribbons that are closed loops like Mobius Strips.  These strips can be twisted to form the number 0,1,2,... to a very large number and never lose functionality.
Thus dark matter provides a neat orderly physical architecture and these Mobiuns Strips serve dually to retain macro structure and to record number.  All life is a super computer in its architecture and capability.   This super computer acts as our consciousness and through the limitations of our physical existence.  These limitations lead to error and slowness and surely blinds our consciousness to much of our reality.
None of this leads to an external robot culture independent of our life way.

The Dominant Life Form in the Cosmos Is Probably Superintelligent Robots

If and when we finally encounter aliens, they probably won’t look like little green men, or spiny insectoids. It’s likely they won’t be biological creatures at all, but rather, advanced robots that outstrip our intelligence in every conceivable way. While scores of philosophers, scientists and futurists have prophesied the rise of artificial intelligence and the impending singularity, most have restricted their predictions to Earth. Fewer thinkers—outside the realm of science fiction, that is—have considered the notion that artificial intelligence is already out there, and has been for eons.


Susan Schneider, a professor of philosophy at the University of Connecticut, is one who has. She joins a handful of astronomers, including Seth Shostak, director of NASA’s Search for Extraterrestrial Intelligence, or SETI, program, NASA AstrobiologistPaul Davies, and Library of Congress Chair in Astrobiology Stephen Dick in espousing the view that the dominant intelligence in the cosmos is probably artificial. In her paper “Alien Minds," written for a forthcoming NASA publication, Schneider describes why alien life forms are likely to be synthetic, and how such creatures might think.


“Most people have an iconic idea of aliens as these biological creatures, but that doesn’t make any sense from a timescale argument,” Shostak told me. “I’ve bet dozens of astronomers coffee that if we pick up an alien signal, it’ll be artificial life.”


With the latest updates from NASA’s Kepler mission showing potentially habitable worlds strewn across the galaxy, it’s becoming harder and harder to assert that we’re alone in the universe. And if and when we do encounter intelligent life forms, we’ll want to communicate with them, which means we’ll need some basis for understanding their cognition. But for the vast majority of astrobiologists who study single-celled life, alien intelligence isn’t on the radar.


“If you asked me to bring together a panel of folks who have given the subject much thought, I would be hard pressed,” said Shostak. “Some think about communication strategies, of course. But few consider the nature of alien intelligence.”


Schneider’s paper is among the first to tackle the subject.

I’M NOT SAYING THAT WE’RE GOING TO BE RUNNING INTO IBM PROCESSORS IN OUTER SPACE. IN ALL LIKELIHOOD, THIS INTELLIGENCE WILL BE WAY MORE SOPHISTICATED THAN ANYTHING HUMANS CAN UNDERSTAND.


“Everything about their cognition—how their brains receive and process information, what their goals and incentives are—could be vastly different from our own,” Schneider told me. “Astrobiologists need to start thinking about the possibility of very different modes of cognition.”


To wit, the case of artificial superintelligence.


“There’s an important distinction here from just ‘artificial intelligence’,” Schneider told me. “I’m not saying that we’re going to be running into IBM processors in outer space. In all likelihood, this intelligence will be way more sophisticated than anything humans can understand.”


The reason for all this has to do, primarily, with timescales. For starters, when it comes to alien intelligence, there’s what Schneider calls the “short window observation”—the notion that, by the time any society learns to transmit radio signals, they’re probably a hop-skip away from upgrading their own biology. It’s a twist on the belief popularized by Ray Kurzweil that humanity’s own post-biological future is near at hand.


“As soon as a civilization invents radio, they’re within fifty years of computers, then, probably, only another fifty to a hundred years from inventing AI,” Shostak said. “At that point, soft, squishy brains become an outdated model.”


Schneider points to the nascent but rapidly expanding world of brain computer interface technology, including DARPA’s latest ElectRX neural implant program, as evidence that our own singularity is close. Eventually, Schneider predicts, we’ll not only upgrade our minds with technology, we’ll make a wholesale switch to synthetic hardware.


“It could be that by the time we actually encounter other intelligences, most humans will have substantially enhanced their brains,” Schneider said.


Which speaks to Schneider’s second line of reasoning for superintelligent AI: Most of the radio-hot civilizations out there are probably thousands to millions of years older than us. That’s according to the astronomers who ruminate on such matters.


“The way you reach this conclusion is very straightforward,” said Shostak. “Consider the fact that any signal we pick up has to come from a civilization at least as advanced as we are. Now, let’s say, conservatively, the average civilization will use radio for 10,000 years. From a purely probabilistic point of view, the chance of encountering a society far older than ourselves is quite high.”


It’s certainly humbling to consider that we may be galactic infants of beetle-like intelligence compared with our cosmic brethren. But despite their superior processing power, there’s a fundamental aspect of cognition our interstellar neighbors may lack: Consciousness.


It sounds bizarre, but, Schneider writes, the jury’s still out on whether any artificial intelligence is capable of self-awareness. Simply put, we know so little about the neurological basis for consciousness; it’s almost impossible to predict what ingredients might go into replicating it artificially.


“I don’t see any good reason to believe an artificial superintelligence couldn’t possess consciousness, but it’s important to identify the possibility,” said Schneider.


“I believe the brain is inherently computational—we already have computational theories that describe aspects of consciousness, including working memory and attention,” Schneider said. “Given a computational brain, I don’t see any good argument that silicon, instead of carbon, can’t be a excellent medium for experience.”

YOU DON’T SPEND A WHOLE LOT OF TIME HANGING OUT READING BOOKS WITH YOUR GOLDFISH. ON THE OTHER HAND, YOU DON’T REALLY WANT TO KILL THE GOLDFISH, EITHER.”


I hope she’s right. Somehow, the notion of a galaxy teeming with soulless supercomputers is way creepier than introspective, WALL-E-like beings, or dry, sardonic Qs.


“It’s super creepy,” Schneider agrees. Indeed, Schneider, who has written extensively on the subject of brain uploading, urges that humans should reflect deeply on this potential consequence of cognitive enhancement.


The concept of superintelligent alien AI still sounds very speculative. And it is. But that doesn’t mean it’s not worth consideration. Indeed, expanding our purview of alien intelligence may help us identify life’s fingerprints in the cosmos. “So far, we’ve pointed antennas at stars that might have planets that might have breathable atmospheres and oceans and so forth,” Shostak told me. “But if we’re correct that the dominant intelligence in the cosmos is artificial, then does it have to live on a planet with an ocean?”


It’s a bit of a mind-bender to think that habitable worlds may hold false promise when it comes to advanced alien life, but that seems to be Shostak’s conclusion.


“All artificial life forms would need is raw materials,” he said. “They might be in deep space, hovering around a star, or feeding off a black hole’s energy at the center of the galaxy.” (That last idea has seen its way into a number of science fiction novels, including works by Greg Bear and Gregory Benford).


Which is to say, they could be, essentially, anywhere.


Begging a final question: How might superintelligent aliens view us? Will our cosmic cousins see us as nothing more than convenient biofuel, a la the Matrix? Or do they study us quietly from afar, abiding by a Star Trek-esque maxim of non-interference? Schneider doubts either. In fact, she reckons superintelligent aliens couldn’t really care less about us.


“If they were interested in us, we probably wouldn’t be here,” said Schneider. “My gut feeling is their goals and incentives are so different from ours, they’re not going to want to contact us.”


That’s a welcome divergence from Steven Hawking’s claim that advanced aliens might be nomads, looking to strip resources from whatever planets they can, and that all efforts to contact said aliens may end in our own demise.


“I’d have to agree with Susan on them not being interested in us at all,” Shostak said. We're just too simplistic, too irrelevant. “You don’t spend a whole lot of time hanging out reading books with your goldfish. On the other hand, you don’t really want to kill the goldfish, either.”


So, if we want to meet our galactic peers, it looks like we’ll probably have to keep seeking them out. That may take thousands or millions of years, but in the meanwhile, perhaps we’ll upgrade our own intelligence enough to level the playing field. And as an early Christmas present, it seems we can all tick alien robots juicing us for energy off the list of likely apocalypses.
Posted by arclein at 12:00 AM