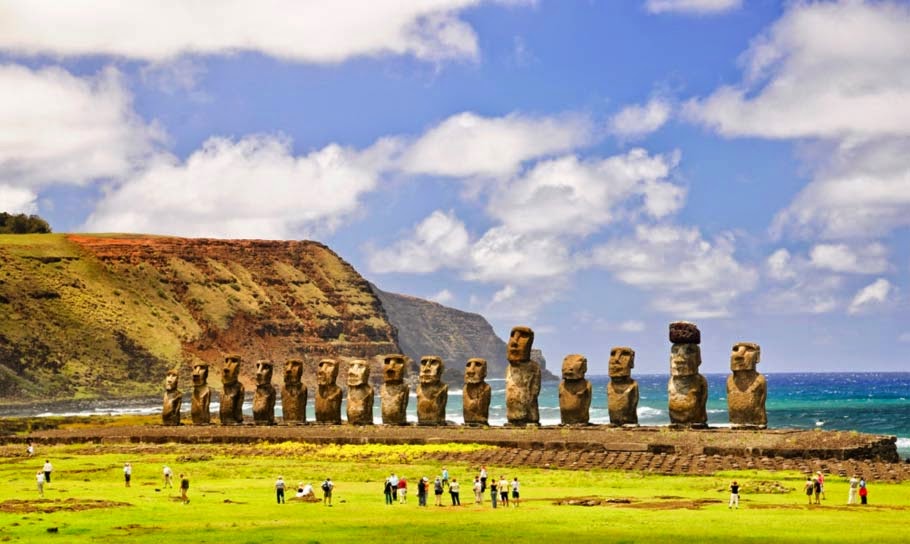 Let us make it simple. Population collapse was brought about everywhere by pirate slaving which went completely unrecorded and never checked until the nineteenth century. Four or five trips by one pirate would clean the island out.  worse, this happened everywhere including north America.  All this led the general population collapses.

Disease certainly helped but i see no reason to make it decisive either.  After all, recovery has the advantage of resources and communal determination to avoid a repetition.  Recall the sustained populations in Canada were most remote bands became effective employees of the Hudson Bay company.  There disease had to have been successfully handled.  So it could be!

Thus we are back to slaving in which all the able bodied are captured and transported.

At least we are rid of the old bunkum here in which it was believed that an environmental disaster wiped them all out.

A new study suggests that European “exploration” of the world resulted in the collapse of yet another indigenous people previously thought to have died out pre-contact: the Rapa Nui of Easter Island. Researchers of the island are finding evidence that the population of these people did not decline so precipitously as to endanger their survival until after Europeans arrived in 1722.

Previously, scientists theorized that the Rapa Nui population collapsed before Europeans arrived, from felling of trees and other vegetation, attendant topsoil loss and subsequent starvation of many of the people.

Researchers from the Chile, New Zealand and the United States are doing hydration testing of obsidian artifacts to gauge human activity and population movement on the island, says Phys.org.

“For many years,” the Phys.org article says, “Earth scientists and others have used Easter Island and its inhabitants, the Rapa Nui, as a lesson in what can happen when a parcel of land is overpopulated and thus overused—resources diminish and the people starve to death (or resort to cannibalism as some have suggested). But now, the researchers with this new effort suggest that thinking may be wrong.”

Scientists think Polynesians settled the island around 1200 A.D. They became the Rapa Nui people, who erected 887 fabulous and famous giant stone statues called moai that mystify people. Over the next several hundred years, Phys.org says, they cut down most of the trees and other plants on the northern part of Easter Island. 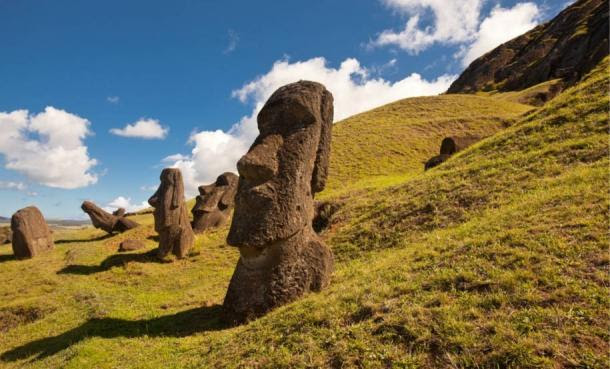 The moai statues of huge male figures on average are 13 feet high (3.9624 m) and weigh 14 tons (12,700 kg). They are made of compressed volcanic ash. It’s believed they were made and transported around 1400 to 1600 A.D. Nova.com says the statues hold a sacred role in the Rapa Nui people’s lives and may be ceremonial conduits for contact with the gods.

Analysis of obsidian artifacts from the northern part of the island gave insights about land use over the years. Obsidian is a type of natural glass that many prehistoric human groups around the world have worked into sharp tools.

From the land-use theories, the researchers were able to tell where Rapa Nui people lived over the years. They concluded there were population shifts reflecting changing weather as opposed to outright die-offs of large segments of the population. Some areas did lose people before Europeans came, researchers said. And, contrary to what one might believe would happen, there was an initial gain in population after Europeans came, until diseases such as syphilis and smallpox and kidnapping of Rapa Nui for slavery decimated them.

The abstract of the researchers’ paper at the Proceedings of the National Academy of Sciences of the United States of America says: “This analysis confirms that the intensity of land use decreased substantially in some areas of the island before European contact.” A decrease in land use, they assume, correlates to a population decline.

An article on History.com gives a brief synopsis of the sad things that happened to Easter Islanders after contact with Europeans, which began in 1722 when a Dutch party landed there:

A French navigator, Jean-Francois de Galaup, comte de La Perouse, found 2,000 people on the island when he arrived in 1786. A major slave raid from Peru in 1862, followed by epidemics of smallpox, reduced the population to only 111 people by 1877. By that time, Catholic missionaries had settled on Easter Island and begun to convert the population to Christianity, a process that was completed by the late 19th century. In 1888, Chile annexed Easter Island, leasing much of the land for sheep raising. The Chilean government appointed a civilian governor for Easter Island in 1965, and the island’s residents became full Chilean citizens.

The islanders now obtain their livelihood mostly through the tourism industry.

- See more at: http://www.ancient-origins.net/news-history-archaeology/demise-ancient-rapa-nui-civilization-linked-european-contact-002542#sthash.Qc5VhezV.dpuf
Posted by arclein at 12:00 AM