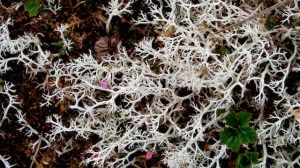 Who would have ever guessed that our pollinators feast on a form of mushroom nectar in order to detoxify? This is an important discovery that fully supports my long held initiative to promote forest development and general grooming.  All of that produces wood chips to be put on the ground and now we have even better reasons to do so.

Besides truffles of course.

This perhaps over states the connectivity although not entirely once we add back the spirit aspect.

The Link Between Mushrooms, Bees, and Mass Extinction

http://www.wakingtimes.com/2014/12/15/link-mushrooms-bees-mass-extinction/
From the perspective of the world’s most notable mycologist, there is nothing more dangerous to life on earth than deforestation because it is within the old growth forests of the world that ancient mycelial fungal networks live, providing crucial connections amongst nature that human beings still know very little about.

Paul Stamets, fungal researcher and author of Mycelium Running: How Mushrooms Can Help Save the World says our biggest ecological concerns stem from the poor management and outright ignorant destruction of the world’s forests. Because of this, he says, we are entering the 6th extinction event, the first mass-extinction event where both the cause and the victim is the same, human beings.

One of the most concerning things we are witnessing is the disappearance of the world’s pollinator bees in what is being called internationally, colony collapse disorder. In recent years, much research has been offered that links the decline of the world’s bees and other pollinator insects to the use of modern agricultural chemicals like neonicotinoids, and other anti-fungal and anti-microbial chemicals. The shocking and cataclysmic overuse of these industrial chemicals in modern farming spells disaster for the delicate networks of life that depend on one another in complex and fascinating ways.

“Paul demonstrates how Mycelium is the Earth’s natural Internet allowing for communication between plant species. In fact, it acts as the neural network of the planet, as a sentient organism with the consciousness to respond to natural disasters and external events. Fungi is the foundation of our eco-system, excreting the enzymes that break down dead plant and animal material, and without it plants would all die.”


Speaking at the 2014 Bioneers Annual Conference, Paul talked about how the fungal networks that connect the soil and root structures of plants in the forest may hold the keys to saving pollinator bees and other insects. As the forests decline due to human intervention, we are taking away the supply of wood chips and decaying wood that has forever been the primary food of fungal networks, choking out the micro-organisms that form the building blocks of life on earth.

“The bees are dependent upon these fungal compounds that are in decomposing wood for their detoxification pathways.” – Paul Stamets

In his research, he discovered that bees like to feast on the nutrient rich mycelial secretions, even going so far as to move wood chips and other debris aside in order to get to the fungal nectar. Compounds within the nectar act to detoxify the bees allowing them to maintain optimal health and fight viruses and viral parasites that when allowed to multiply, can easily kill off a bee colony.

The importance of the link between the forests and the web of life that supports even human beings is impossible to understate. Watch the full presentation that Paul Stamets made at the Bioneers conference here: