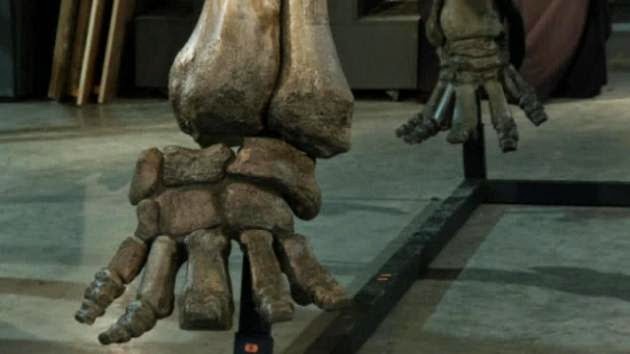 I do not think that this is anytime soon.  however we have the entire Mammoth genome and that opens the door to progressively changing a modern elephant into a mammoth by successive genetic change outs.  After all that is what appears to have happened to produce them in the first place.

If we can master this technique, then it will become possible to do the same with almost all other extinct animals with even scant DNA as we are finding in fossils.  Thus recovering all recent extinction events becomes practical.

We will have to develop secure refugio for all these recovered biomes as well, but then we have ample islands to work with.  The long term career prospects for biology is excellent.

Herds of woolly mammoths could be lumbering across the Canadian tundra in the near future if a Korean company's project works out.
Earlier this year, Seoul-based Sooam Biotech took flesh and blood samples from a very well-preserved mammoth. The mammoth, nicknamed "Buttercup," was discovered on an island in Siberia in 2013. Sooam hopes to clone her, bringing back a species that has been extinct for several thousand years – a process that scientists call de-extinction.
While some scientists think bringing back mammoths is an exciting possibility that could benefit the environment, others have reservations.
Here are answers to some common questions about what is happening in the world of mammoth cloning, and some of the arguments in favour and against it.

Why do people want to bring back the woolly mammoth?

Sooam did not respond to questions posed by CBC News in an email, but it does say on its website that one of its goals is to rescue endangered species and reverse extinctions.

Some people suggest that since humans likely contributed to the extinction of mammoths, we may have a moral obligation to bring them back.

Proponents also argue that the de-extinction of the mammoth could benefit Arctic ecosystems.

George Church, a Harvard University geneticist who is also working on de-extinction of mammoths, suggests that reintroducing the mammoth to tundra regions could help bring back the ancient dry, grassy "mammoth steppe" ecosystem shaped by their grazing. That in turn could replace the boggy permafrost and delay the melting of the Arctic due to climate change by, for example, reducing the proportion of dark-coloured plants that absorb heat.

Bringing back "cold-adapted elephants" may save the elephant family as a whole, adds Church. It would allow at least some of them to take advantage of a relatively safe haven in the Arctic, even as their African relatives are heavily poached for their tusks.

"It's possible that the last elephants alive would be the new ones in the Arctic," he told CBC News in an interview.

How exactly would you bring a woolly mammoth back?
Sooam and Church are taking two slightly different approaches to the problem.
Sooam says on its website that its technique is similar to the one it uses clone customers' dead pet dogs (for a $100,000 fee). It takes a live cell from the dog that it wants to clone. It then puts that cell into the egg of another dog that has had its nucleus — the part of the cell that contains most of its DNA —  removed. The resulting embryo is carried by a surrogate mother dog.
In the case of a mammoth, the egg donor and surrogate would have to be of a different species, such as an Asian elephant.
Sooam has previously had some success with inter-species cloning. In 2011, it announced that it had cloned coyotes using eggs from domestic dogs and dog surrogate mothers.​
Church's technique involves taking an Asian elephant genome and replacing parts of it with woolly mammoth DNA. He doesn't necessarily envision creating a "clone" of a real mammoth.
"A few dozen changes to the genome of a modern elephant — to give it subcutaneous fat, woolly hair and sebaceous glands — might suffice to create a variation that is functionally similar to the mammoth," he wrote in a recent opinion piece published in Scientific American.
Tori Herridge, a paleobiologist at the Natural History Museum in London, notes that even with cloning, the animal produced wouldn't be exactly like a woolly mammoth. It would contain some DNA from the elephant egg donor and would be influenced by being carried in the womb of an elephant.

Why are some people opposed to the idea?
Herridge, who was present when researchers at Sooam took their samples from Buttercup, has ethical concerns about the fact that mammoth cloning will require Asian elephant surrogates.

"You're dealing with highly intelligent, highly social animals," she says, adding that elephants generally don't do well in captivity.

While Asian elephants are the closest living relatives of the woolly mammoth, they're only as related as humans and chimps, Herridge says. She thinks an interspecies pregnancy could pose a danger to the surrogate mother elephant.

Herridge is sceptical of the main arguments in favour of mammoth de-extinction, as there are easier and more obvious ways to conserve elephants and mitigate climate change. She suspects the real motive is quite different.

"What they really want is a chance to get something back that they've lost, a chance to kind of rewind the clock and make up for a mistake that they may feel we made," she said. "I think if that is the real reason, we need to be talking about whether or not the cost to the elephant merits making us feel better."

Church says he thinks a key technology to move mammoth de-extinction forward will be the development of techniques that allow embryos to be grown in a lab without a surrogate mother.

Aside from direct ethical issues, others have pointed to the unforeseen risks of bringing back extinct species, such as the possibility that they could carry diseases dangerous to humans or livestock, or damage ecosystems.

How close are we to mammoth de-extinction anyway?

While Sooam may be actively working on a mammoth cloning project, they have a lot of challenges to solve.

The company says that for dog cloning, it needs live cells collected within five days of the dog's death. Buttercup the mammoth died about 40,000 years ago.

Even with live cells, Sooam says its current success rate for dog cloning is just 30 per cent.

The company says it has already had a success with inter-species cloning and "recently witnessed a dog giving natural birth to a completely different species." But as of November, Herridge said the company had not found any intact cells in its mammoth tissue and blood samples.

Meanwhile, Church says entire genomes of woolly mammoths are now widely available. His lab has already made 15 genetic changes in elephant cells to make them more mammoth-like. They hope to conduct tests in lab-grown organs and embryos as soon as possible.

When asked how long he thought it would be before we get an actual mammoth, he said, "I think that the biggest step is those tests. [It] could be as little as a couple of years."

Others have more conservative timelines. In a 2013 interview, McMaster University paleogeneticist Hendrik Poinar suggested mammoth de-extinction would be possible in 30 to 50 years.