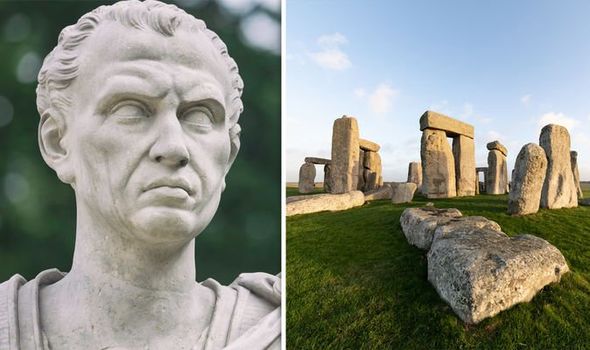 It is compelling that the folk where part of the Atlantean Bronze Age as we suspected.  The whole Irish Sea littoral was a huge center of Bronze Age civilization.  This was clearly fed by the Eastern Mediterranean and Crete in particular.  The Atlantean world largely depended upon the use of large sustainable islands capable of providing general security with the application of the massive sea going trade fleet.  They could easily counter any similar threat arising from continental force accumulations.


The Irish Sea is a natural base of operations.  Add in known copper mining and tin mining as well and we have real sustainability in terms of real money creation.

So we have a ritual program that moves between a stone Stonehenge to a not too distant Woodhenge and plenty of similar structures as well.

I will also add that this culture could also be as old as the original creation of Stonehenge.  What kept it stable was the ongoing trade from Bimini and the Mediterranean. ..

A LETTER written by the Roman leader Julius Caesar details the “secret rituals” carried out at the mysterious monument that has puzzled the world for centuries, a new documentary has revealed.


Stonehenge is a ring of standing stones found in Wiltshire, which archaeologists believe date back as far as 3000BC. One of the most famous landmarks in the United Kingdom, Stonehenge is regarded as an iconic landmark of British culture, with researchers theorising it may have been a burial ground used for more than 500 years. Opinions are divided on what exact purpose this megalithic construction served, but a letter written in 50BC may shed some light on the truth.


Amazon Prime’s “Stonehenge: The Temple of Druids” revealed how Julius Caesar’s first-hand account of the Gallic Wars gives an insight into the Celtic peoples who opposed Roman conquest.

A Druid was a member of the high-ranking professional class in ancient Celtic, who are said to have used Stonehenge as a burial site, meeting place, solar calendar and place of sacred ritual.


The 2019 series detailed: “Personal beliefs aside, this special monument and place would seem to strongly suggest the Druid world at that time was surely anchored by a culture dedicated to science, nature and astronomy.


“The main source of information regarding the Druids was Julius Caesar, Roman general and conqueror of Wales, who wrote that all these people would get together once a year in a sacred place within which to carry out secret rituals.

Stonehenge was discussed by Julius Caesar in 50BC (Image: GETTY)

A sacred place within which to carry out secret rituals

The Temple of the Druids

“Caesar’s letter entitled ‘De Bello Gallico, or the Gallic War, is the oldest and most complete collection regarding the Druids.

The narrator went on to reveal how the Druids may have used the ancient site.

He added: “When considering this ancient wonder, Stonehenge, what religion, other that that of the Druid people that lived near it could have evolved?

‘The link probably goes much deeper than one might imagine. 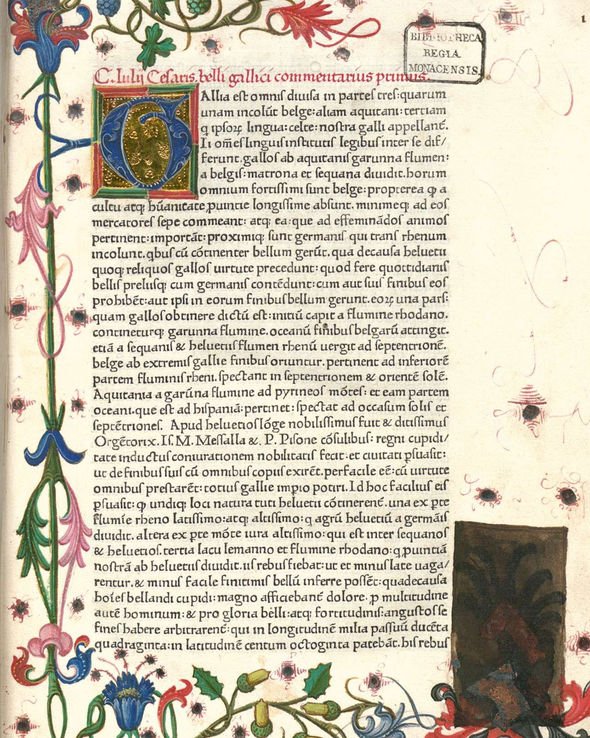 Caesar's letter from 50BC (Image: WIKI)

“A few miles further north of Stonehenge you find the site of the huge circular embankment at Durrington Walls.”

However, the narrator explained why the structure continues to baffle archaeologist.

He noted: “These are, in fact, circles of wooden poles where supposedly rituals took place signifying the passage from life to death, whereupon the deceased were transported by boat from Stonehenge via the Avon River. 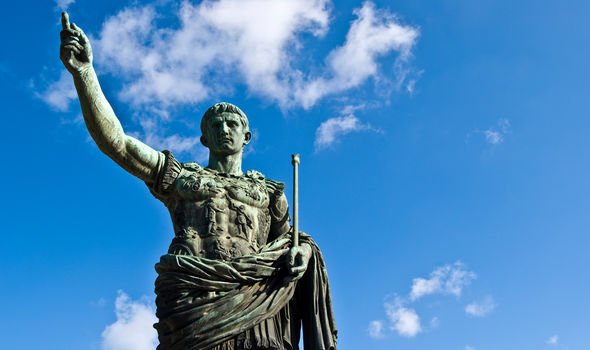 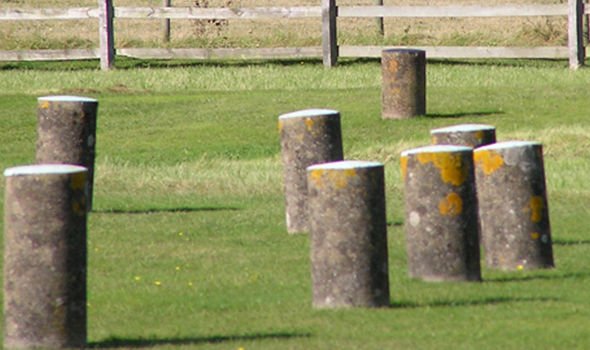 The documentary discussed the asignificance of the Durrington Walls (Image: WIKI)

“To date, there are still many missing pieces, not to mention diverse unloved mysteries of the sort of Stonehenge.

“It’s perhaps a story that was and will probably never be completed.

“Perhaps the real purpose of this magnificent and magical prehistoric structure is exactly what it has done to date, to forever baffle humanity.”

Although perhaps once used by the Druids as a burial site and area for sacred ritual, it is not thought to have been built by them. 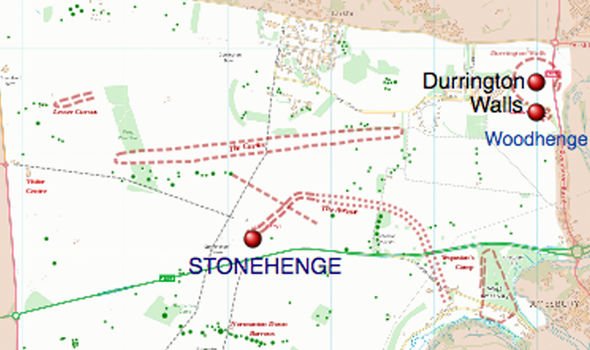 Scholars believe Stonehenge existed long before the Druids, perhaps predating them by 2,000 years.

Researchers studying DNA extracted from Neolithic human remains across Britain determined that the ancestors of the people who built Stonehenge were the farmers who came from the Eastern Mediterranean, travelling west from there.
DNA studies indicate that they had a predominantly Aegean ancestry, although their agricultural techniques seem to have come originally from Anatolia.
Posted by arclein at 12:00 AM