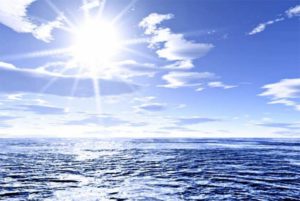 That is the first scientific reality.  It was always a thermodynamic impossibility.  Read and cry.
In fact, I would like to proffer another conjecture. Is it possible that we have been induced to burn hydrocarbons for a full century in order to increase atmospheric CO2 as a global benefit?   The reason that i raise that is that we need to completely revegetate the whole globe and much better, my own research has wonderfully shown that this is totally possible.
The reason i ask that is that Tesla gave us access to unlimited energy through his 1910 patented energy modulator that easily triggers a Free Electron - Dark Matter decay that naturally floods a resonating circuit with energy as we pass through the 'ether', whose existence is now proven. ( it is  called Dark Matter now ).
Instead we chose to organize our whole culture and economy around using oil as a fuel instead.
Now, in fairness, accessing that energy has only become possible during the past three decades.  So perhaps they were really without an alternative...


Why on earth do we attribute any heating of the oceans to carbon dioxide, when there is a far more obvious culprit, and when such a straightforward examination of the thermodynamics render it impossible.


Carbon dioxide, we are told, traps heat that has been irradiated by the oceans, and this warms the oceans and melts the polar ice caps. While this seems a plausible proposition at first glance, when one actually examines it closely a major flaw emerges.


In a nutshell, water takes a lot of energy to heat up, and air doesn’t contain much. In fact, on a volume/volume basis, the ratio of heat capacities is about 3300 to 1. This means that to heat 1 litre of water by 1˚C it would take 3300 litres of air that was 2˚C hotter, or 1 litre of air that was about 3300˚C hotter!


This shouldn’t surprise anyone. If you ran a cold bath and then tried to heat it by putting a dozen heaters in the room, does anyone believe that the water would ever get hot?


The problem gets even stickier when you consider the size of the ocean. Basically, there is too much water and not enough air.


Let’s put this amount of energy in perspective. If we all turned off all our appliances and went and lived in caves, and then devoted every coal, nuclear, gas, hydro, wind and solar power plant to just heating the ocean, it would take a breathtaking 32,000 years to heat the ocean by just this 1˚C!


In short, our influence on our climate, even if we really tried, is miniscule!


Well, unfortunately for every ton of water there is only a kilogram of air. Taking into account the relative heat capacities and absolute masses, we arrive at the astonishing figure of 4,000˚C.


That is, if we wanted to heat the entire ocean by 1˚C, and wanted to do it by heating the air above it, we’d have to heat the air to about 4,000˚C hotter than the water.


And another problem is that air sits on top of water – how would hot air heat deep into the ocean? Even if the surface warmed, the warm water would just sit on top of the cold water.


Thus, if the ocean were being heated by ‘greenhouse heating’ of the air, we would see a system with enormous thermal lag – for the ocean to be only slightly warmer, the land would have to be substantially warmer, and the air much, much warmer (to create the temperature gradient that would facilitate the transfer of heat from the air to the water).


Therefore any measurable warmth in the ocean would be accompanied by a huge and obvious anomaly in the air temperatures, and we would not have to bother looking at ocean temperatures at all.


So if the air doesn’t contain enough energy to heat the oceans or melt the ice caps, what does?


All of these changes are directly determined by the amount of sunlight that we get. When the clouds clear and bathe us in sunlight, we don’t take off our jumper because of ‘greenhouse heating’ of the atmosphere, but because of the direct heat caused by the sunlight on our body. The sun’s influence is direct, obvious, and instantaneous.


If the enormous influence of the sun on our climate is so obvious, then, by what act of madness do we look at a variation of a fraction of a percent in any of these variables, and not look to the sun as the cause?


Why on earth (pun intended) do we attribute any heating of the oceans to carbon dioxide, when there is a far more obvious culprit, and when such a straightforward examination of the thermodynamics render it impossible.


Dr. Mark Imisides is an industrial chemist with extensive experience in the chemical industry, encompassing manufacturing, laboratory management, analysis, waste management, dangerous goods and household chemistry. He currently has a media profile in The West Australian newspaper and on Today Tonight. For a sample of his work visit www.drchemical.com.au
Posted by arclein at 12:00 AM