Want to Buy a Spanish Village? This Real Estate Agent Has 400 to Sell 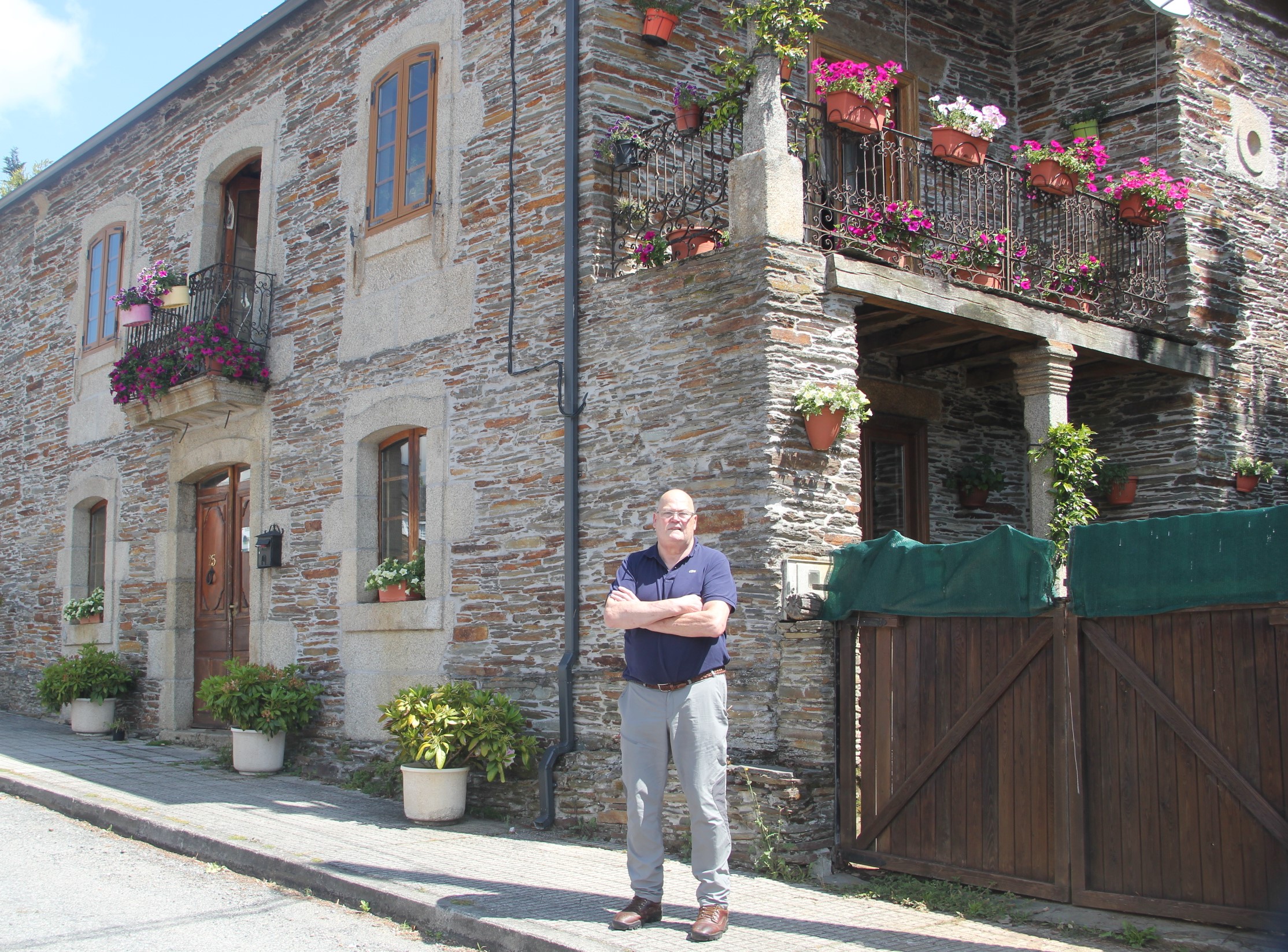 These abandoned villages are all excellent prospects to generate a new natural community.  To do it though, adjacent farm land or even woodland needs to also be acquired and the surrounds do need to be heavily replanted with trees using the Groasis system in particular.

That then provides a strong local biome that supports repopulation.

Governments do need to develop policies that empower such communities to thrive as a matter of course
.


Want to Buy a Spanish Village? This Real Estate Agent Has 400 to Sell

Selling a house is a frustrating, time-consuming venture at the best of times—so imagine trying to sell an entire village.

Or, as in the case of Spanish-based realtor Mark Adkinson of Galician Country Homes, up to 400 villages.

“It takes a year just to get the paperwork together,” Adkinson, 67, told Fortune from his office in Lugo, Spain, in the far northwest of the country. “We’re currently working on a village where 24 different people have plots of land. How do you get 24 people into agreement [to sell]?”

Adkinson got into the real estate business 15 years ago after renovating his Lugo home and spotting a gap in the market for an English-speaking realtor with a grasp of fixer-uppers. Originally from Manchester, England, he’s sold three villages and is currently “working on another four or five, just getting them ready for sale.” In total, however, Adkinson has identified no fewer than 400 abandoned villages in the green hills of Spain’s Galicia region that are ripe for sale.3

“We sold one about three months ago with six houses and eight hectares alongside a beach in Viveiro, with two private ways to the beach,” says Adkinson, who would only disclose the sale price was over $280,000 (the average house price in Galicia is around $250,000, but the villages are cheaper because they are generally both empty and in need of serious repair). “All eight hectares were owned by an old man of 84. It was his dream to fix the village up, but he never could.”3

The buyers were an English couple, he said.

Yet this remoteness and tranquillity comes at a cost. Like much of rural Spain, the province saw huge portions of its population emigrate to Latin America between 1850 and 1950, as part of an exodus of an estimated 3.5 million Spaniards who crossed the Atlantic to work in the fields and factories of Spanish-speaking Argentina, Cuba and Uruguay.

That emigration never quite stopped, either. Recently, rural Spain has witnessed the steady flow of its younger generation towards Spain’s major cities and other European Union states. In leaving the country, they’re escaping the national under-25 unemployment rate of 34.97%. (In Galicia the figure is slightly lower at 31.47%). Meanwhile, Spain has the second-lowest fertility rate in the EU, with 1.31 children born per woman.

According to Spain’s Ministry for Territorial Policy, this now means more than three-quarters of Galicia’s municipalities have witnessed a population decrease since 2001. Nationally, the ministry says, nearly half of Spanish municipalities now have a population density of below 12.5 inhabitants per square kilometer—a ratio that the EU qualifies as at risk of complete depopulation.

Spain’s emptying rural regions turned depopulation into a major talking point ahead of this year’s national elections in April. Thousands took to the streets of Madrid ahead of the vote for the “revolt of an empty Spain.” They demanded better public services and improved digital infrastructure in rural areas, alongside a change in the tax code to promote economic activity.

The issue is now one of the major conundrums being addressed by acting Prime Minister Pedro Sánchez as he seeks to build a working coalition with the conservative Popular Party (PP), liberal Ciudadanos or leftist Podemos.

The question of whether foreign buyers can help with the efforts to repopulate rural Spain, though, is a long running one.

In the years after the financial crisis, the Spanish government looked to foreign buyers to help prevent the bottom from falling out of the Spanish market, says Miguel Cardoso, chief economist for Spain at BBVA bank.

“Foreign demand has been a source of stabilization for the Spanish real estate market, as it increased even as domestic demand was still struggling,” he said.

The government even went as far as launching a program to entice foreign buyers to buy properties in exchange for Spanish citizenship, he says. But a new passport was not necessarily a draw. What was? The good locations, nice weather, and most of all, Spanish property was cheap.

Granted, most of that demand targeted Spain’s sunny coasts—not the hilly countryside of Galicia.

Recent years have shown non-Spanish buyers to be a fickle source of investment. Slowing growth, a stronger euro against some currencies, and even Brexit have tempered buyers’ appetites, he says. But most of all, there’s price, said Cardoso.

“Recently, foreign demand has moderated as prices have started to go up,” adds Cardoso.

Getting Away from the “Rat Race”

But Adkinson still sees a market for the towns—he says he can sell “as many as he can get hold of.” But getting them ready for sale its own challenge. Because the legal owners can be living anywhere from Valencia to Venezuela, tracking them down has turned Adkinson into a sleuth on a global scale, requiring wizardry with GPS, Internet imagery and Spanish legal documents.

“Many of the people who left in the early 20th century never registered in the embassies in South America, but their grandchildren have now got Spanish nationality and could come back and claim their part of the house,” says Adkinson. All of the land and homeowners have to be in agreement in order to sell a village.

It’s only then that the job of marketing the for-sale villages begins. While it’s common for northern Europeans to buy holiday or retirement homes to bake themselves on Spain’s southern coasts, Galicia appeals to a buyer that’s typically between ages 30 and 60 and wants to “get away from the rat race,” says Adkinson. 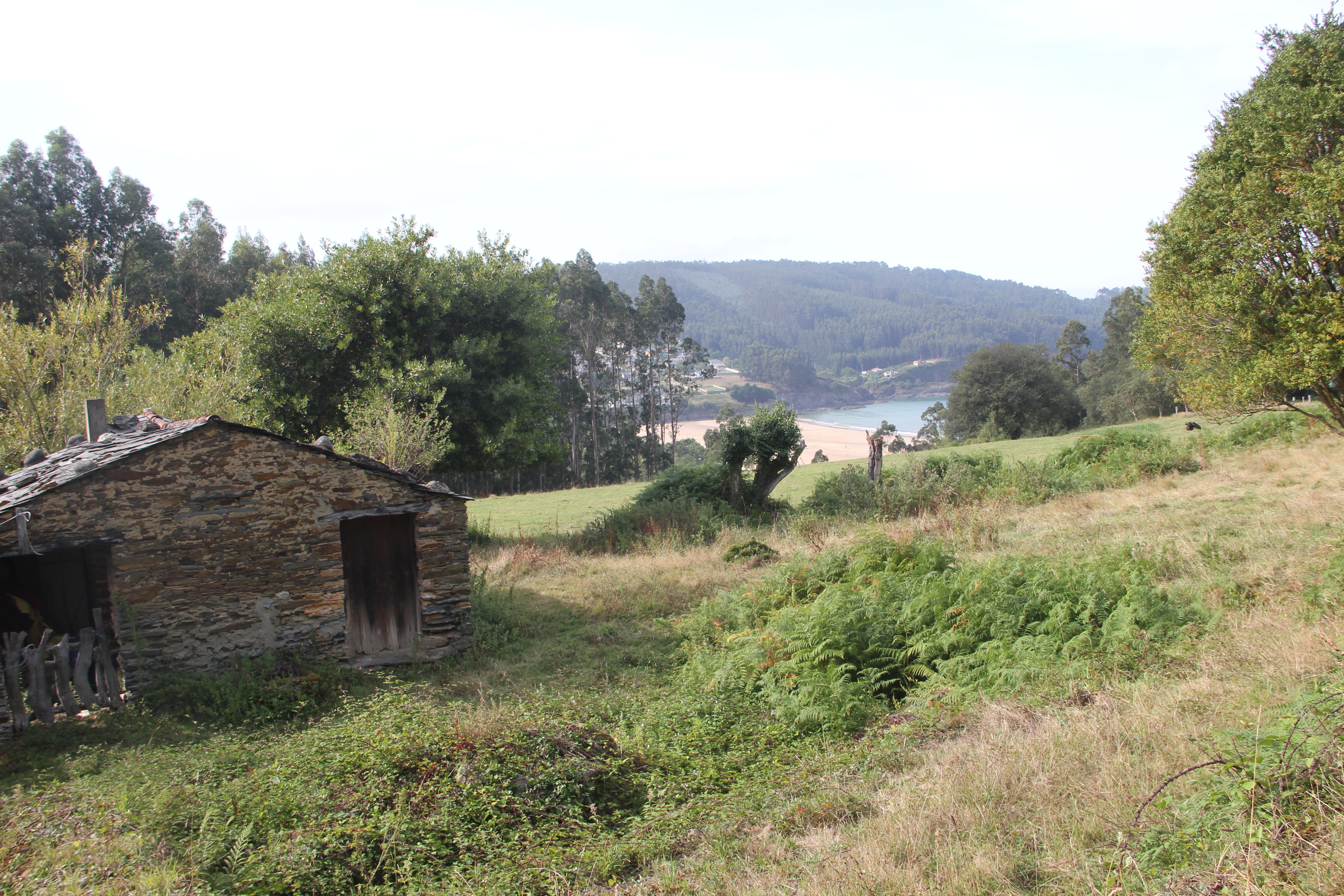 “They’re often people who are interested in changing their lifestyle and rearing their children in nature and being able to live off the land,” he adds. “They don’t want any hassle and they want non-contaminated, ecological food, which is grown locally, naturally and organically, which is what everyone does in Galicia. It is people looking to live in a more environmentally-friendly way.”

Over the years this has drawn interest from Dutch musicians looking to create a secluded recording complex, English couples wanting to home-school their children, and German chefs hoping to create vegan culinary institutes. One thing unites them all, however: A desire for isolation.

“If you buy a big house you’ve always got neighbors,” says Adkinson. “You don’t get that with a village. They are always within reach of a town—the farthest is about 20 minutes from a market—but they are always isolated. Some are three kilometers from any other house. So, people move in, renovate them and basically do what they want.”

Adkinson admits the villages are really more like hamlets, with usually no more than eight houses. But it’s not that there isn’t a supply of larger villages, and people who might be willing to buy them.
The main barrier, instead, is simply logistical: “How do you get 50 families into agreement?,” jokes Adkinson. “I have enough trouble doing it with eight!”