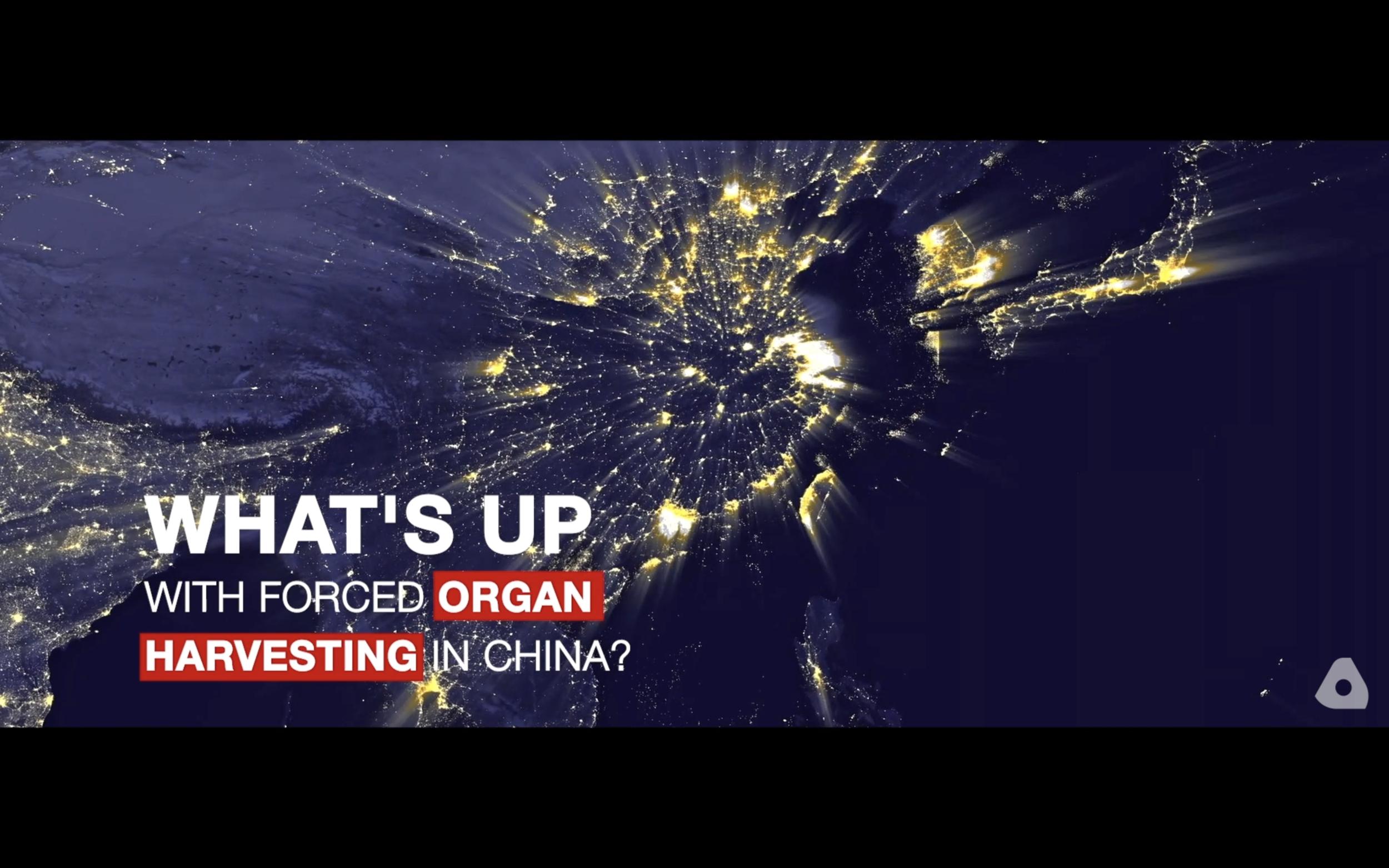 First off, Uighar activism was almost invisible, just as was Falun Gong activism.  Neither could justify the extent of what is direct removal that has taken place.

For that reason i do think that what has happened is that the supply of usable Falun Gong victims has simply dropped to a level that makes organ harvesting much less practical.  This means that it was time to initiate a new round of victims and the Uighars were available and also lacking political cover in both China and elsewhere.

The horror of this cannot be underestimated.  Actually stopping it may remain impossible for now, even no part ofv this is legal anywhere.  It is the ultimate black market.

China’s “revolutionary protocol” says that enemies of the state should be deprived of all rights and used as state resources, according to the US-based China Organ Harvest Research Center.

One Kazakh Uighur woman who sold organs in China described a room of hooded, naked Uighur women, chained to tables for medical exams determining their lung, kidney, heart and other organ functioning, according to Ethan Gutmann, an American investigative writer on Chinese human rights abuses. The younger women were raped, she said, with some returning wearing permanent orange bracelets. The Chinese Uighurs are less likely to return home.

“These women disappear one a day,” Gutmann said. “We can’t say oh well they’re definitely being organ harvested. But I think it’s a good guess.”

He estimates that the average healthy human body’s set of organs can sell to a foreign organ tourist from Saudi Arabia, Japan, Germany or the US for $1 million. 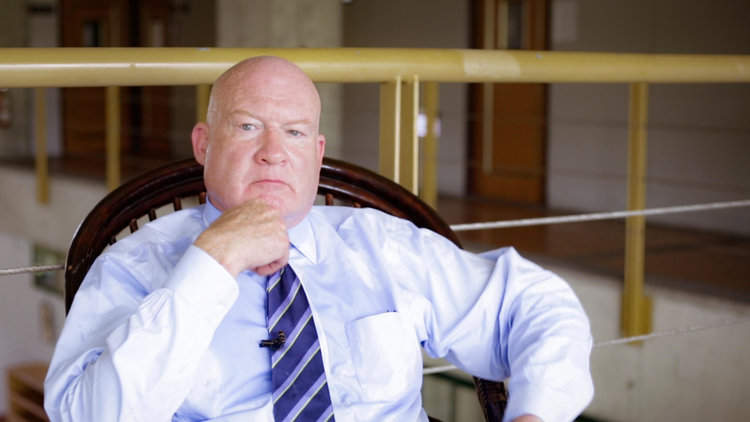 Ethan Gutmann, author of The Slaughter, a book about mass killings and organ harvesting in China.

The China Tribunal report was mostly silent on Uighurs, Tibetans and other persecuted Christian sects in China, saying that the victims were mainly followers of Falun Gong, an offshoot of Buddhism that became popular in China in the nineties and then seen as a threat by China’s Communist Party. The report documents how Falun Gong members have been killed while doctors harvested their organs, without anaesthesia, to supply the demand for organs.

“The conclusion shows that very many people have died indescribably hideous deaths for no reason, that more may suffer in similar ways...” Sir Geoffrey Nice QC, chair of the China Tribunal, said in a press statement at the report release. “There is no evidence of the practice having been stopped and the tribunal is satisfied that it is continuing.”

The independent tribunal is a project of the International Coalition to End Transplant Abuse in China (ETAC) and its members, all unpaid volunteers like medical experts, lawyers and human rights investigators in China. Hundreds of thousands of Uighurs and other Muslims are detained in Xinjiang for their religious beliefs, according to the US government and the United Nations. Many of their families have lost contact with them. In January, Nice said that a transplant hospital was found using organs from Xinjiang, indicating they probably came from Uighurs.

“I think the Tribunal report is wise, careful, and profoundly moral, yet I doubt the report will save anyone,” Gutmann said. “The time for the world to act was over a decade ago. But the West did not act to save Falun Gong, and the Chinese transplant apparatus grew exponentially. Now the Uighurs will reap the whirlwind of our decision.”

An estimated 50 million people have been detained in prison camps throughout the country since People’s Republic of China’s founding in 1949. Many of those detained are murdered for their organs, according to the 2014 documentary Human Harvest. Amnesty estimated up to one million Uighurs are held in “re-education” camps amid reports of torture.

The organs are delivered on demand to the Chinese transplant trade, which attracts many patients from overseas, and is estimated to boost the Chinese economy by $1 billion every year. The medical tourists come because Chinese hospitals have less waiting times than other countries that rely only on donors. Sometimes it only takes a few weeks for a liver transplant in China, while the average waiting time in the UK is 135 days, according to China Tribunal.

Earlier, the Chinese were believed to harvest organs from executed prisoners, a violation of World Health Organization guidelines, which require prior consent of the donor. It was discovered more recently that they were killing prisoners for their organs – which China continues to deny. Despite China’s pledge in 2015 to stop using executed inmates as a source of organ transplants, many reports including the one released Monday, suggest that the practice continues.

One of the first media reports published on the issue was in March 2006 from the New York-based Chinese-American newspaper Epoch Times, which quoted a woman who claimed her relative was involved in harvesting organs from Fulan Gong followers, though the organ harvesting is believed to have started many years earlier. Since then, many researchers and journalists have been investigating the issue. In one well-known investigative report, Bloody Harvest: The Killing of Falun Gong for Their Organs, authors David Matas and David Kilgour said that tens of thousands of Falun Gong followers have been targeted for organ harvesting.

Started in 1992, the Falun Gong population in China grew significantly reaching approximately 70 million by the late nineties, according to official estimates. The religion was started by the son of doctors, Grand Master Li Hongzhi, draws from Buddhism and Taoism and teaches a specific meditation technique to overcome physical and spiritual ailments. Falun Gong’s growing popularity spread mainly by word of mouth alarmed Chinese state officials, generating a 1999 nationwide crackdown to eradicate the practice, in the same way as it has been doing with Uighur Muslims, some Buddhist Tibetans and some Christians. Fulan Gong followers were arrested and asked to denounce their religion. Those who refused were tortured and those who still refused disappeared into China’s network of labor camps, prisons and psychiatric hospitals, according to a detailed investigation published in 2016.

Dr. Enver Tohti, a former surgeon from Xinjiang, was quoted by Gutmann in his book admitting that he had removed organs from a living prisoner during the oppression of Falun Gong. “The victim was brought, tied down on a trolley to the vehicle in which Tohti and his team waited and Tohti was ordered to ‘cut deep and work fast’… The victim was not anaesthetised. Tohti removed the liver and both kidneys. The skin bled when cut, from which fact Tohti deduced that the victim was still alive.”

Though the report published by the tribunal didn’t find sufficient evidence to suggest forced organ harvesting of Uighurs, their current mass incarceration in Xinjiang appears to be providing a new “organ bank” for organ trafficking. Uighurs who appeared before the tribunal reported brutal living conditions in Xinjiang detention camps, along with the familiar pattern of blood tests, which is the first step towards tissue matching, DNA sampling, organ scans and the disappearance of prisoners who had been tested, as happens with Falun Gong prisoners.

Though some countries like Italy, Spain, Israel, Taiwan and Norway have legally banned their citizens from participating in “organ tourism,” the US and the European Union have not.

This is “an unholy alliance between state capitalism and Chinese Communist Party totalitarianism… to destroy one’s enemies and make a profit through doing it, incentivize it, make it entrepreneurial,” Gutmann said.

“The worst part of this is that the world has seen this before and it didn’t stop it, which is why we’re seeing it again… What has been created in China is a weaponized virus. We think it’s already slipping into Vietnam and North Korea and it will slip further and this will devalue human life and we cannot be part of that.”