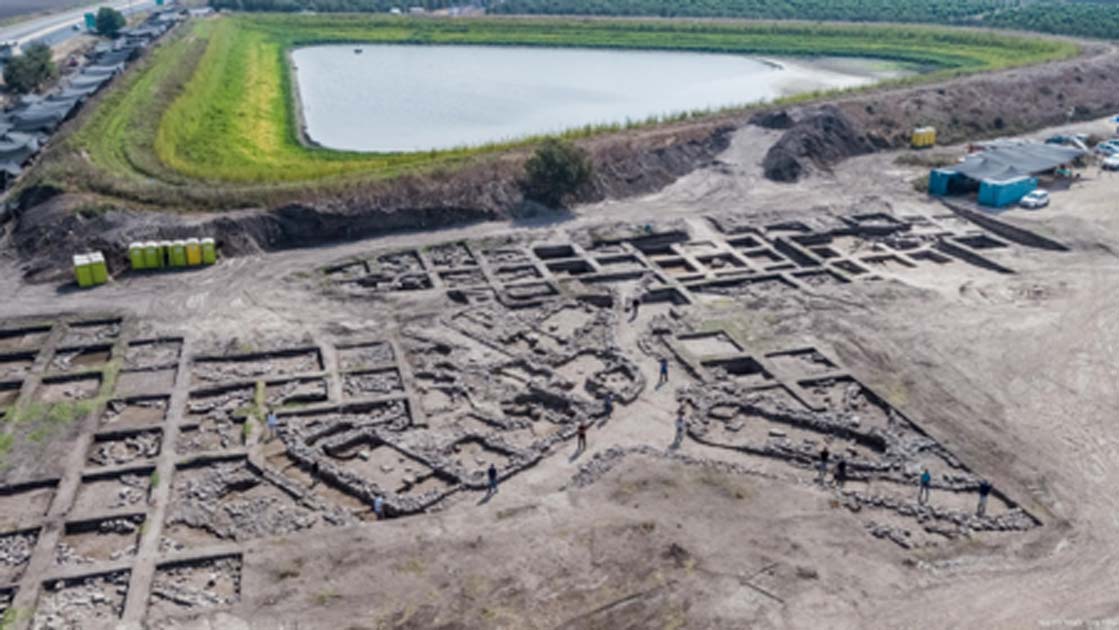 I do expect that we will ultimately discover Bronze Age cities in many other locales. This one can act as a template.  It may have even been generously laid out as well.  After all, walls then were sufficient for protection as an enemy could not muster the numbers to mount a successful siege.  Recall Troy as a great example of how that all worked out.

What is important is that takes us nicely back to 3000 BC.  This city was significant for a destination for sea borne traders.  That needs to be followed up.

It was a smallish community for two thousand years before.  Then what changed?  We need to know. I am inclined to think in terms of trade.  Overseas trade bringing bronze as currency does it..
.

6 October, 2019
https://www.ancient-origins.net/news-history-archaeology/israel-megacity-0012682?
Archaeologists working for the Israel Antiquities Authority have announced the discovery of a major city, which they are calling a megalopolis. The site is rich in historic finds. Most of the site dates back 5,000 years and parts of it go back to an astonishing 7,000 years. The city is expected to rewrite the history of urbanization in the Levant and the early history of Canaanite society and culture.

The large prehistoric city was unearthed during excavations at the En Esur (Ein Asawir) archaeological site, located near Wadi Ara, a major artery that stretches from Hadera to Afula in the northern Sharon valley reports Jewish Press.com . It is not far from one of Israel’s newest cities, Harish.  The settlement that dates back to the Bronze Age is approximately 160 acres in size.

The Times of Israel reports that the city is the “largest Early Bronze Age settlement excavated in Israel”. Estimates state that the urban center would have been regarded as a metropolis in the Bronze Age and probably had a population of 6,000 inhabitants. It is also very possibly one of the earliest cities in history.

The city was well-planned, and it was situated in a fertile area, which was also on some important trade routes. It was probably very rich for its time and people from a diverse range of cultures possibly lived side-by-side. Itai Elad, Paz, and Dr. Dina Shalem, excavation directors at the site, stated that the city was “the Early Bronze Age New York of our region; a cosmopolitan and planned city”, reports the Times of Israel .

The city was enclosed by walls and fortifications and there were also public spaces and private dwellings that were built around squares. Some alleys and streets have also been uncovered. The sophistication of “the remains exposed indicates an organized society and a social hierarchy”, according to the  Xinhua news site.

A very large public building was also uncovered and inside was a number of burnt animal bones. These were possibly a result of animal sacrifices suggesting that the structure was a temple or a shrine. Also found here were some figurines including a human head and the imprint of a man with his hands up and next to him an animal figure.  This find is allowing researchers to understand the spiritual life and religious practices of the ancient inhabitants.

The city was probably inhabited by ancient Caninities. It was built at a time when they were adopting a more complex style of living and social organization. The Canaanites greatly influenced the early Hebrews, despite them often being enemies.

Among the finds made at the site were Bronze Age figurines from Egypt which indicates that the city was an important trading center. Also found were “flint tools, millions of pottery sherds and basalt stone vessels” reports the Times of Israel .

Archaeologists have been trying to preserve the site for the past two years. This large-scale project was made possible by the financial support of the National Transport Infrastructure Company Ltd. Some 5,000 students, both Arabs and Jews, volunteered to work on the excavations and to help in the conservation of the site. 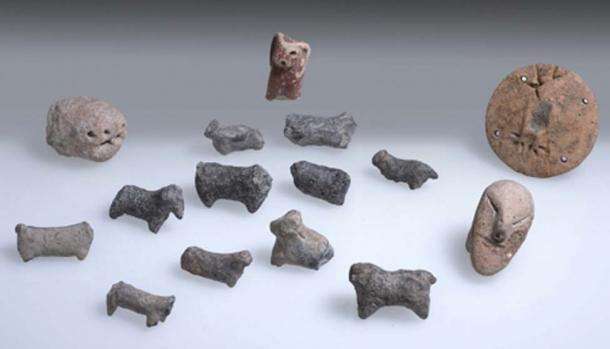 Under the 5000-year-old streets and structures, archaeologists have found some remains that date from 7000 years ago, to the period known as the Copper Age or Chalcolithic era.  The Times of Israel , quoting Shalem said that “The excavation at this site revealed two main settlements”. The earlier settlement was much smaller than the later urban center. The Bronze Age city was built over the remains of the Copper Age settlement.
Paz and Shalam are quoted by The Jewish Press as stating that the “site dramatically changes what we know about the character of the period and the beginning of urbanization”. The sophistication in the Bronze Age city may indicate a hierarchical society and may even provide evidence for an early state. The discovery of the city is also adding greatly to our knowledge of the evolution of the Canaanites in Ancient Israel.