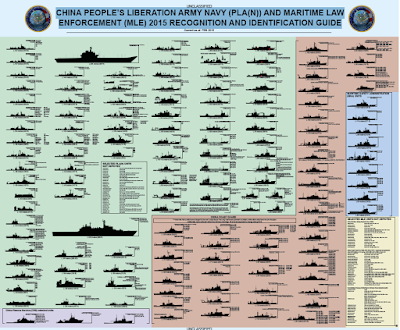 After thirty years, the CCP is continuing its assault on all aspects of Western power.  That is the real and present threat to the whole globe and it all envisages true fascist control of every nation on earth and all paying homage to the CCP.  It continues a brook no version of democracy anywhere.

CCP is dovetailed into the global socialist sedition enterprise which is operating everywhere at some level or the other and has been presenting a public face under the name of NWO.  The potential for direct sedition in the USA government is very real and has been funded by the CCP as a matter of course.  They have landed thousands of potential spies in the USA and in all developed countries.  These spies are not trained, but are students who are potential assets only.  The trouble is that they all have handlers.

It is now rapidly approaching crisis.  Without the demise of the CCP, it will not be resolved.

We have options that should be implemented within the next decade.

1      Launch and sustain a trade war that will resolve all outstanding issues.  That is underway already and may bear fruit.  Problem is that the CCP will try now to continue their bad faith approach and the need for real enforcement.  This is not likely to happen.

2    Massively divert all western manufacturing in China to SE Asia and India using credit guarantees.  Wall street will be happy to accommodate.   This will quickly hollow out much of the Chinese industrial mass.  My key point is that this is very real and enhances the global economy.

3      Massive expansion of SE Asian Naval power.  Certainly necessary to cause the Chinese to be outspent without the grotesque inefficacy of USA Naval procurement.

4      Order a major overhaul of that USA naval procurement by key industrialists to overcome decades of unaddressed problems.

5      Order the CCP to vacate the South China Sea.  Their actions do in fact initiate a war plan is an act of war.  When they refuse, go to the UN and demand that they be removed from the Security Council in particular and that they be declare as an aggressor.

6   Ultimately this leads to a direct assault on all Chinese naval assets and all Chinese ship building yards.

7    Such an event may still leave the CCP standing, but their threat posture will then be reduced to a level that can be handled.

What i am saying is that this cannot end with a Chinese Naval treat of any kind.  The historic British Navy and its successor the USA Navy were both forces in place whose goal is to preserve some semblance of a global community of nations free from outside interference as an ideal.  Overturning such a regime in exchange for a a fascist system is a non starter and the sooner it is abandoned the better.  The Chinese are clearly trying to do just that..


Such an event may still leave the CCP standing, but their treat posture will then be reduced to a level that can be handled.

What i am saying is that this cannot end with a Chinese Naval treat of any kind.

Is that a treat like "trick or treat". And this use of the word treat happened three times. But NO THREATS.