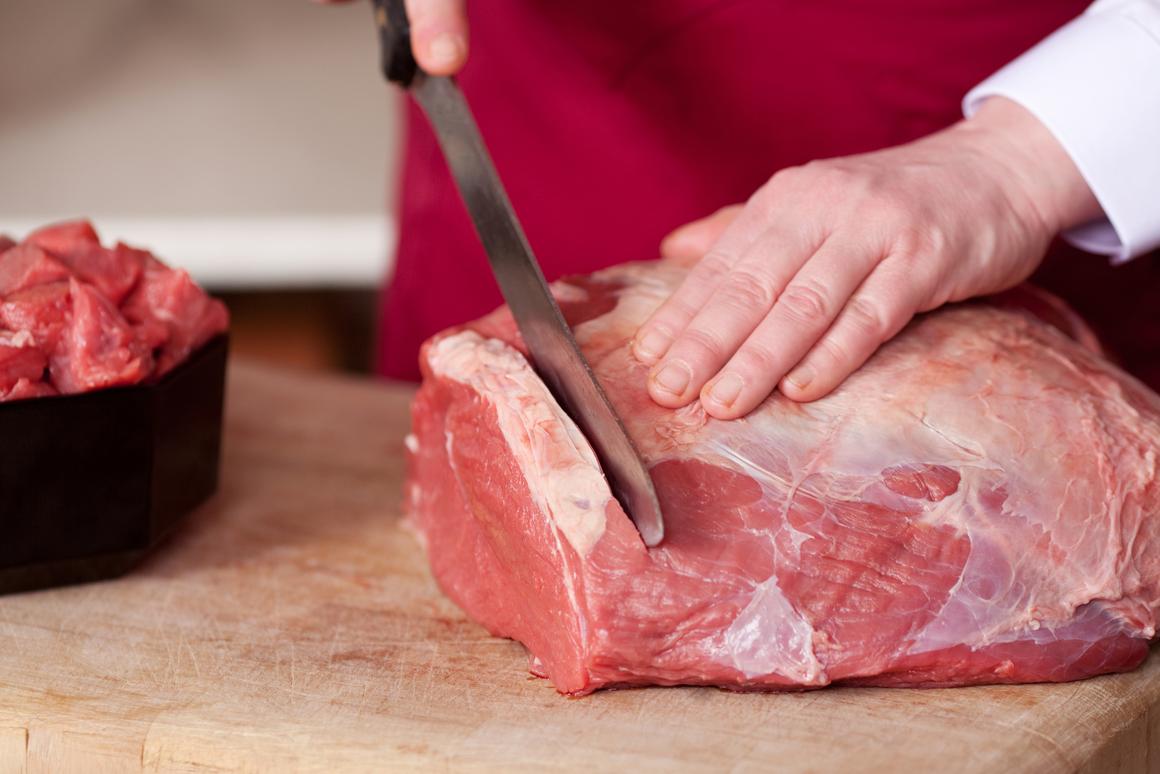 The big take home for all of us is that it is not the meat.  Eat as much or as little as you like.  That is great news.

The real chronic problem is that our whole manufactured food system is badly dosed with sugar and starch(sugar) in order to make it palatable.  For that reason our entire digestive tract is imbalanced with an excess of acids with then force feeds our body.  You get the point..

A nice large steak with a side of veggies is perfect.  Skip the potatoes.  Again you already have way too much sugar aboard.  For sweets have fruit to finish of the meal.  This also why the Atkins diet actually worked well enough.

A series of five systematic reviews published in the journal Annals of Internal Medicine is suggesting there is little to no evidence that moderate consumption of red or processed meat significantly increases risk of heart disease, diabetes, or cancer. The research contradicts many general nutritional recommendations, with some scientists explicitly calling the new conclusions “irresponsible and unethical”.

The new research consisted of five separate metastudies, looking at a large number of randomized controlled trials and observational studies investigating the correlation between red and processed meat consumption, and various health outcomes. A panel of 14 experts was subsequently convened to examine all five reviews, and offer overall recommendations for red meat consumption. The conclusion was that there is no evidence to suggest current recommended meat consumption levels are damaging to human health, and most people should continue to consume red and processed meat at average levels.

"This is not just another study on red and processed meat, but a series of high quality systematic reviews resulting in recommendations we think are far more transparent, robust and reliable," says Bradley Johnston, a corresponding author on the new research from Dalhousie University. "We focused exclusively on health outcomes, and did not consider animal welfare or environmental concerns when making our recommendations.”

The new research is unsurprisingly proving divisive among scientists as its conclusions seem strangely at odds with the vast number of general nutritional recommendations suggesting health benefits for eating less red and processed meat. Lennert Veerman, from Australia’s Griffith University, notes this new research seems to interpret previous data in a novel way.

"The findings of these studies are broadly in line with previous findings,” explains Veerman. “Per three serves of red or processed meat per week, the risk of death is 10 per cent higher. But there is uncertainty: the risk of death could be 15 per cent lower, or it could be that reducing meat consumption does not make you live longer. It is mostly the interpretation that differs. The authors of these new studies judge the evidence to be weak, and the risks ‘very small’. They conclude that from a health point of view, there seems to be no reason to change meat consumption.”

One of the more divisive aspects of the research is the fact the fundamental conclusion was based on relatively low meat consumption levels. The health benefits of limiting red or processed meat consumption to three or four servings per week may be minimal, but approximately one third of American adults eat much more than that, around one serving of red or processed meat every day.

“The authors interpreted the statistically significant health benefits from reduced red and processed meat consumption as small, because they focused on small changes in consumption,” explains Marco Springmann, a senior researcher from the University of Oxford.

A team of scientists from Harvard University presented a particularly critical assessment of the new research concluding, “From a public health point of view, it is irresponsible and unethical to issue dietary guidelines that are tantamount to promoting meat consumption, even if there is still some uncertainty about the strength of the evidence.”

The Harvard team also questioned the decision to separate any environmental considerations from the health effects of reducing red meat intake, arguing that the climate change and environmental degradation resulting from meat production can result in indirect, but substantially deleterious, effects on human health.

In an accompanying editorial published alongside the five new studies, two of the researchers, Aaron Carroll and Tiffany Doherty, accept their work will inevitably be considered controversial. However, they point out their work is, “based on the most comprehensive review of the evidence to date,” and, “those who seek to dispute it will be hard pressed to find appropriate evidence with which to build an argument.”

Despite the scientific bluster, Aaron Carroll has expressed concern his research may be misinterpreted. In an interview with NBC’s Today show Carroll clearly notes, “I would not say that this is a green light to eat more. I worry that that’s what people will hear, and it’s not what I would say.”

Ultimately this new research has come to the same meat consumption recommendation as many other scientists and advisory bodies over recent years, which is to limit red and processed meat to no more than three or four servings per week. However, the concern being raised currently is how this new work is being framed, and whether it is responsible to oversimplify this research into a singular sensationalistic headline.

“… the journal may have exacerbated the situation by circulating a press release entitled “New guidelines: No need to reduce red or processed meat consumption for good health.” Such sensational headlines can cause enormous confusion among health professionals, journalists, and the general public,” notes a response from Harvard scientists.
Posted by arclein at 12:00 AM