Finally an environmental group does conservation the right way 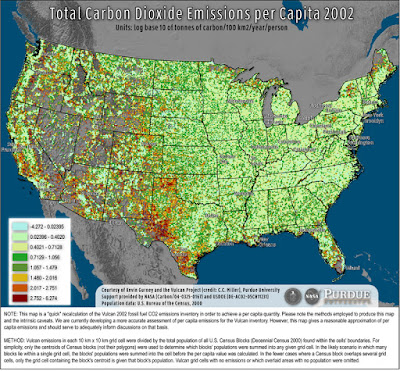 Yes, the best way to properly conserve within the developed world is to simply buy down the land itself and then follow up with a sustainable land management plan.  Remember those other trees?  without management they are also fuel..

This all needs to become best practice.  Politically best practice means and will continue to mean subject to self serving bribery.  It is the lightening rod that provides  clear cover for good work. privately.

I would like to see every square kilometer of this earth alienated to a land management contract, that is then managed under the umbrella of the Rule of Twelve. We can even designate it by the square mile and largely adjust to known road systems as well.

The local population can then populate a rule of twelve matrix and this becomes the core center of influence.    From the above map. it appears that the process can easily start at the 100 square kilometer level with the option to drill down as needed.  This should make it easier to make adjustments to rationalize boundary effects.

Studies have shown that people who believe in top-down government action to protect the environment are actually less likely to take personal steps in their own lives to reduce their negative impact.

When it comes to climate change, they somehow think giving the government more money will reduce carbon emissions. They apparently missed the fact that the US military is the largest single source of pollution on earth. And if you think the government will put your climate-guilt tax dollars to good use, I have a bridge to sell you.

But they still take the bait and think the end of the world can only be averted through government action. Again, they must have missed the study which found planting trees is the single most effective way to sequester carbon. And we all have that power, as individuals, to plant some trees.

But today I want to give credit where credit is due. I want to praise a conservation group for going about environmentalism the right way.

The Save the Redwoods League is NOT trying to force the government to seize or restrict private land to protect the forest.

Instead, they are buying the land.

The San Francisco-based Save the Redwoods League negotiated for the past 20 years for the purchase of Alder Creek, a 530-acre hillside grove that houses 483 trees with a trunk diameter of more than six feet, including the 3,000-year-old Stagg Tree — the world’s fifth largest tree, as the San Francisco Chronicle reported…

The land had been owned by the same family since the 1940s. It was bought for its logging potential.
And while plenty of smaller pines and firs were harvested from the land, the owners left the vast majority of the majestic sequoias intact.

The group will purchase the land themselves for over $15 million–that is, if they can raise the money.

Last year, the Save the Redwoods League purchased Red Hill, a 160-acre property in the Sierra Nevada’s that is one of the two largest unprotected giant sequoia forests in the world, after raising $4 million, as CNN reported.

What do you think? Will all the people who shared videos of Greta Thunberg crying and yelling kick in one dollar to save the redwoods?

Plus an anonymous donor–probably some evil capitalist–has agreed to match donations up to half a million dollars.

Here’s the link to the donation page, which I’m sure all your progressive friends will be quick to donate to.

How to stop caring about political “sides” and focus your efforts on what will truly make a difference in your life.

This is a guide to individual, not political, action.
Posted by arclein at 12:00 AM