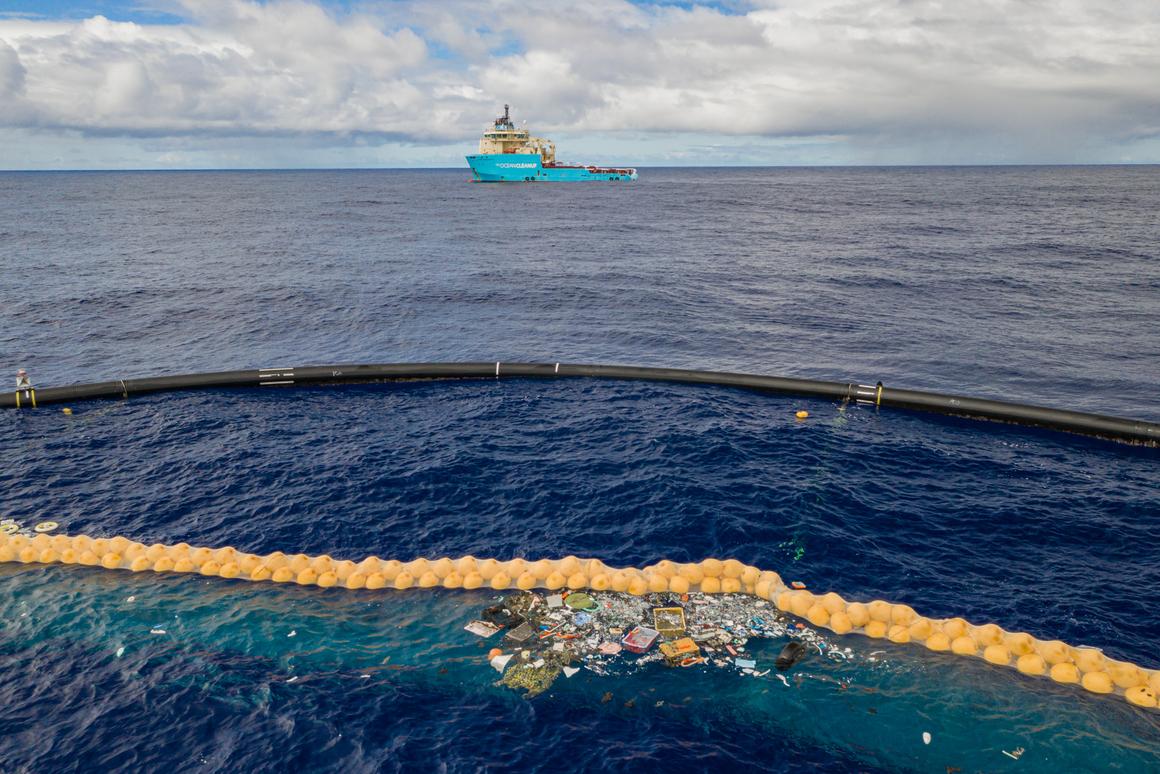 This is a follow up on this project and so far it has been jigged up to successfully operate.  Nothing concerning and it has already picked up material for several months to establish a history.  Now they can jump to a larger system with some confidence in technology.
I do not know just how extensive the problem is or how long it will take to clean up.
The other problem that needs to be addressed is just where is this stuff coming from?  Is it even a continuing problem.
.
Ocean Cleanup starts harvesting plastic from the Great Pacific Garbage Patch


After years in development, the Ocean Cleanup arrived at the Great Pacific Garbage Patch in October last year with the intention of gathering up plastic waste. Sadly, things didn't go precisely to plan and the huge U-shaped barrier had to be hauled in for repairs in January, 2019. It was fixed and redeployed in June, and subsequently had a parachute attached to it. And today the non-profit is reporting that its latest prototype is successfully capturing plastic debris.


The basic idea for the operation was first presented at a TEDx conference in October, 2012, by the Ocean Cleanup's founder and CEO Boyan Slat. It was envisioned that a huge barrier would be deployed at the Great Pacific Garbage Patch and would essentially harvest floating plastic waste for processing on shore.

And that's more or less what's been deployed. After a year of testing, the self-contained prototype System 001/B has started passively gathering plastic debris. After solving the problem of speed differences between the system and the plastic waste by installing a parachute to slow the barrier down, the project's engineers then modified the cork line to minimize overtopping. And now it's operating as expected. 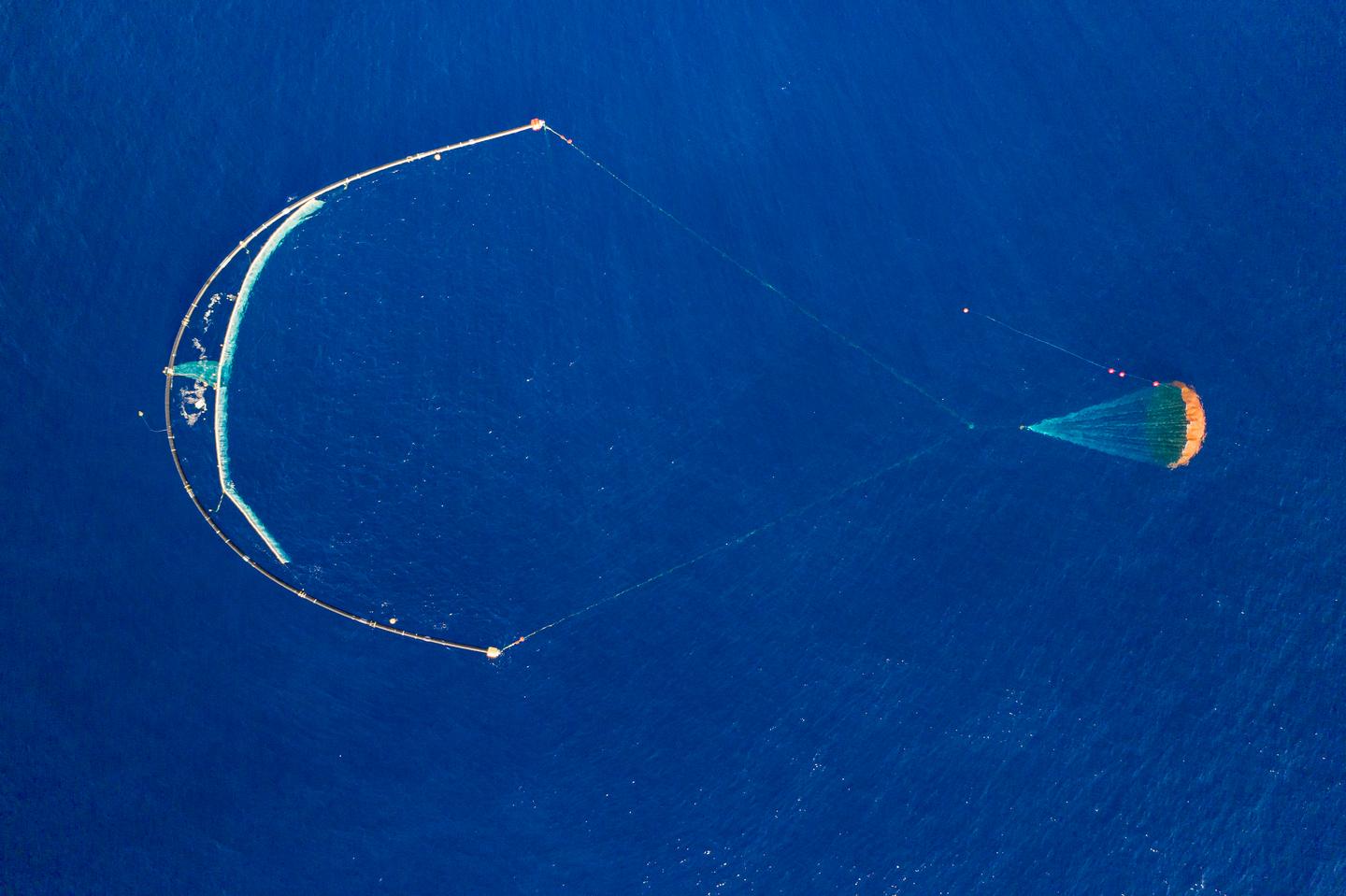 After a year of testing, the self-contained prototype System 001/B has started passively collecting plastic waste from the Great Pacific Garbage Patch


As well as collecting plastic waste that's visible, including huge abandoned nets from commercial fishing operations, the system can also capture microplastics as small as 1 mm.


"After beginning this journey seven years ago, this first year of testing in the unforgivable environment of the high seas strongly indicates that our vision is attainable and that the beginning of our mission to rid the ocean of plastic garbage, which has accumulated for decades, is within our sights," said Slat. "Our team has remained steadfast in its determination to solve immense technical challenges to arrive at this point. Though we still have much more work to do, I am eternally grateful for the team’s commitment and dedication to the mission and look forward to continuing to the next phase of development."


The Ocean Cleanup will now start work on designing, building and testing System 002 – a full scale cleanup system that can collect more plastic waste, and keep it within its concentrated collection area for longer. Once the project becomes fully operational, waste collected from the Great Pacific Garbage Patch will be returned to shore for recycling.
Posted by arclein at 12:00 AM