Julian Assange & the Doctrine of the Lesser Magistrates 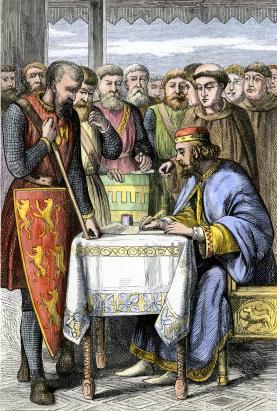 There is a problem here and that it the specific radicalization of the lower courts by so called progressives who are nothing more than doctrinaire communists following a commonly imagined plan of action.   A politicized justice system is obviously dangerous but it has now become serious and it is been also rolled back.  However that solution is also more of the same and ultimately as unwelcome.
i do think that the lower courts need to have term limits in particular and to also serve outside their private market of practice.  Better yet, all communities do need access to a peoples court system that uses the rule of twelve to appoint local magistrates and that all actions actually start there and no significant money is involved at this level, including legal fees. Great teaching environment.
In such a system, the doctrine of lesser courts can work as it is naturally protected by the people.  That sort of matters.  Right now, no one can come forward without triggering massive potential repercussions however unjust.  .
Julian Assange & the Doctrine of the Lesser Magistrates

If you're not familiar with the "Doctrine of the Lesser Magistrates", it is a principle dating back to at least 39AD, and formally articulated by Christian pastors in the Magdeberg Confession of 1550. It is akin to the principle underlying the US Declaration of Indepencence, and can be summed up as follows:

When those in high authority command that those beneath them enforce laws that are immoral or unjust, those authorities beneath them have a duty to refuse to enforce those laws, and if necessary to actively resist them.

What the world needs now is a hell of a lot more "lesser magistrates" who understand this. Looking around, it seems that the prevailing ethic is one of obedience to authority no matter what. As if the entirety of the Twentieth Century never happened. Or as if none of us learned a damned thing from it.

People who will uphold this principle are so badly needed in so many places right now, on so many issues. I've written elsewhere about how some are starting to realize the need for active resistance against immoral laws, but it is mind-blowing to me that we haven't seen any "lesser magistrates" step up in the case of Julian Assange.

If there were ever a case where arbitrary power were being used against someone simply to protect the interests of those in power, and not to uphold anything resembling justice or legitimate law, this is it. There is nothing remotely legitimate about the imprisonment (and likely torture, by any humane standard) of Julian Assange. Yet everyone involved, from the prison wardens and guards on up, just goes along with it. As if they have no choice.

They do have a choice. And if they had any knowledge of the Doctrine of the Lesser Magistrate, they would recognize that they may also have a moral obligation to oppose unjust enforcement of the law. Jesus - if they even knew anything about the Nuremberg trials, and how that ended for the people who tried to rationalize upholding evil laws against helpless people, they would recognize that this may not end well for them.

But they don't. Why not?

I don't know, but I do know that it is long past time for peaceful, civil disobedience and active resistance against the detention of Julian Assange. What form should it take? I don't know. Storming the courthouse at his next hearing? Refusing to allow them to take him back to prison? I don't know. But it is clear that the British government has thrown away any legitimacy that it may have pretended to have, with its embarrassing performance as a hand puppet for US empire.

If the lesser magistrates won't stand up to that and resist it, then the rest of us need to.
Posted by arclein at 12:00 AM