I am posting this now even though it is likely an exercise in wishful thinking. There is so far only this source and we know nothing else. Still a neat story and certainly such a reveal can be best done in Dallas. Today we simply do not know a thing.

What we do know is that it is possible. A review of the circumstances of his accident showed conformation to an extraction and movement into witness protection. Most death events can be readily checked for any such form of possibility. Most such events easily prove the impossibility. Thus confirming possibility is actually a powerful indication of a planned exit.

If this actually happens, the DEMs are certainly doomed. Worse, this will then be followed by the mass arrests of over 100,000 participants in acts of corruption and it will likely all go down with nary a peep. The bulk of the criminal political class will simply be gone. .

Someone made that meme so I may as well use it. Many of us anticipated this day. I just wasn’t expecting it so soon.

I missed some of Field McConnell’s Abel Danger live show this morning but when I went back to listen to the archived show, they were just finishing up and they’re suggesting that on Thursday, October 17, this week, at the Dallas Trump Rally, that the President is going to announce his new running mate, and that it will be JFK Jr. That is what they are putting out there, saying, “May it be so”.

No wonder they are expecting violence! I thought they would keep that ace up their sleeve until later in the election cycle but I suppose for legal reasons it has to come out before November 3. Wow.

We suspect John may look something like this now, at 59 years of age. This is a digital rendering, not an actual photo. 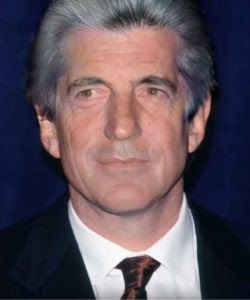 As I mentioned before, if the hints we’ve had come to fruition and JFK is Trump’s running mate, the left will never recover. They are doomed. Americans will go bananas at the news their darling Kennedy is alive and well and committed to helping Trump get rid of the cabal and keep America great.

It will be a nuclear war head to drop on the deep state and the news is so positive for the People that they will wake up in record numbers because it will travel faster than the wildfires in California. We’ll have a nation of zombies for a few days, giggle-giggle.

That may also garner a little vindication for us, the conspiracy theorists, as well.

Below is the link for the Right Side Broadcasting live stream of the Dallas rally this Thursday so you can tune in and watch. It may not be easy to find at the time as YouTube buries their videos sometimes because although they do balanced reporting, they are pro-Trump and go to every rally, mostly on viewer donations. YouTube already shut them down once for copyright infringement, because they aired the copyrighted music played in the arena—over which they have no control. Now they turn off the volume from time to time.

RSBM don’t edit at all; you see the crowds outside hours beforehand and get the interviews with fans, some political commentary and updates, you see the panning of the crowds inside, the speakers on stage before the President arrives, and the entire address. There were over 30K enjoying their stream at recent rallies. 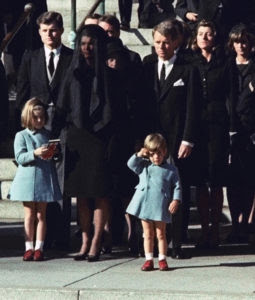 Do you suppose the fake media would dare to edit out John John in their live streams? They used to love him. Now they might hate him as much as they hate Trump. What a two-fer this will be. I can’t wait to hear how they get Mike Pence out of the picture. Cancer, anyone? I don’t believe they will talk about his pedophilia or coup attempts to assassinate Trump. He would have been next in line, after all, but it’s not time to speak of these things yet.

In Minneapolis there were roughly 20K fans inside the venue, and 25K outside. The American Airlines Center  capacity is the same in Dallas, about 20K, but we know thousands watch on the Jumbotrons outside.

This will be historic if it does unfold. May everyone be safe. It’s great that the Oathkeepers will be there to keep the peace and protect the fans.

Get your tickets here. They’re free, but they need to know numbers.

Are you ready for the shock waves? The good guys are going to finish what John Fitzgerald Kennedy started when the cabal assassinated him. Some folks thought we were crazy when we showed John Jr.’s George magazine editorial suggesting we save that issue and get it out in twenty years. There are no coincidences.  ~ BP
Posted by arclein at 12:00 AM