The Nine Veils that Shroud the Human Soul 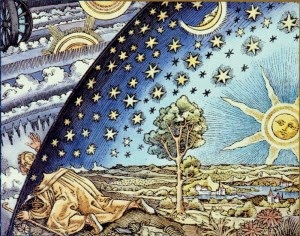 My understanding is quite different:

The first veil that i share with you is understanding that the spirit is physically real and much more information dense than our apparent physical existence.  Internalizing this insight is critical to all understanding.

The second veil is to work on ordering your cognitive processes as much as possible to achieve greater access and insight so as to empower your spirit in our physical world.  Mathematics helps, but only if you start young and go deep.  Otherwise do puzzles.

The third veil is to listen to and to hear the source through the spirits and then be congruent.  Disciplined thinking allows you to listen critically and avoid misdirection from evil.  Remember all spirits were once human and likely will be human again.  The problem is listening to them at all because their own base can be very weak or far worse.


All this is meant to bring you closer to perceiving your spiritual self and to be comfortable.  What it is not is a conspiracy theory by usurpers grasping the illusion of power.

http://www.wakingtimes.com/2015/04/02/the-nine-veils-that-shroud-the-human-soul/
Any dedicated seeker of truth eventually stumbles upon the incredible symmetry and structure of mathematics, which is especially true in fractal geometry involving the integers 1-9.  For a most basic example, just take a look at these nine equations:
(1 x 8) + 1= 9
(12 x 8) + 2 = 98
(123 x 8) + 3 = 987
(1234 x 8) + 4 = 9876
(12345 x 8) + 5 = 98765
(123456 x 8) + 6 = 987654
(1234567 x 8) + 7 = 9876543
(12345678 x 8) + 8 = 98765432
(123456789 x 8) + 9 = 987654321
Amazing, isn’t it?  I find it very interesting, furthermore, that all of the great philosophers in history such as Archimedes, Copernicus, Socrates and DaVinci all were mathematicians first and foremost.   I submit that everything from biblical prophecy to DNA strands are built and based on quite simple mathematical formulas and patterns – but I am getting ahead of the story, for understanding the role of mathematics is in itself one of the nine hidden veils.
Consider also the so-called “mystery schools” of antiquity.  In shadowy temples in Sumer and Babylon – the Kabala showed the way to the ultimate “Holy of Holies” – the re-veil-a-tions (revelation, i.e. the parting of the veils) of life, the creation, of God and when embraced in honor and truth, the very Origins of Man.  This involved systematically piercing and embracing 9 levels of understanding or “Truth Plateaus” before finally entering “Nirvana” (or the ultimate unity with God) as depicted in modern “tracing boards”.
Like a giant Sudoku Puzzle board, the human experience we call life truly revolves around the numbers 1 – 9 in so many remarkable ways.  Everything has a place in the system, and everything fits neatly and precisely in the eternal grid of time and space.  This then, is but one definition of Truth – hidden, arcane knowledge that fits completely in the mathematical grid called logic.  Yeshua (aka Jesus of Nazareth) declared this to His disciples: “Ye shall know the Truth, and the Truth shall set you free.