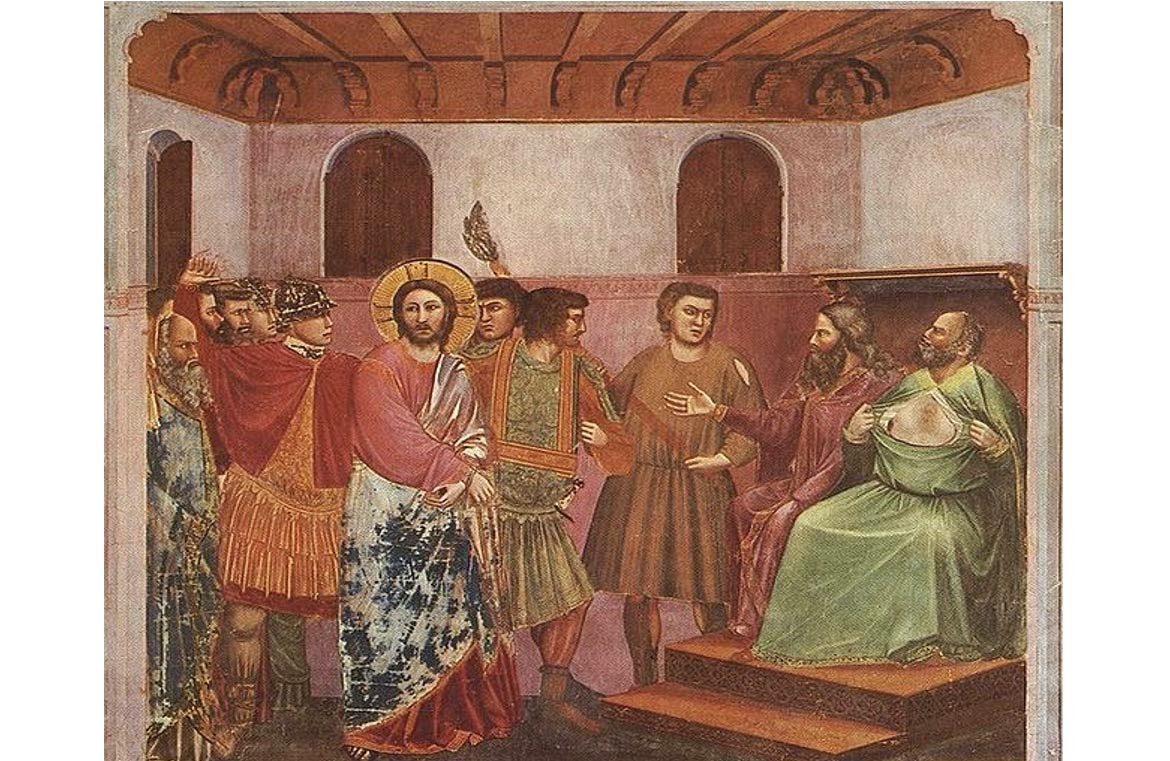 Curing mental illness and casting out demons speaks stongly to the use of ayahuasca which conforms to the long linkage between Egyptian scholarship and The Atlantean Bronze Age and it connectivity to the Amazon.  We can connect the dots.

Otherwise this is a remarkable tale that is complex and difficult to support.  Confronting the mythological basis of power in an act of revolt would certainly earn a death sentence but that leaves the anomaly of his teaching

Otherwise we have linked Egyptian knowledge which is already accepted and a tale of a young apprentice heading off to Egypt and supporting himself while also taking instruction.  At best it is a page in his story.  ..

Arriving in Jerusalem, Jesus made an extraordinary accusation that infuriated the priests and scribes of the holy city: “Every secret you’ve kept will become known. What you have whispered in hidden places will be shouted from the housetops.” What was Jesus talking about? And how did he come to possess knowledge that threatened these influential men?

In the second century the Greek philosopher, Celsus, wrote an invaluable book about Christianity based on a variety of older, now lost, sources. A Christian writer, Origen, (fl. 247 AD) wrote a reply to Celsus’ book, quoting from it extensively. Of special interest is the revealing statement that poverty forced Jesus to travel to Egypt where the son of a carpenter might find work. It was there that he learned: “…certain arts for which the Egyptians are famous. Afterwards, returning from thence, he thought so highly of himself, on account of the possession of these arts, as to proclaim himself to be a God.” In the same passage Celsus provides an early description of the Egyptians’ gift for the art of puppetry. “These magicians also represent animals as moving, which are not in reality animals, but merely appear to the imagination to be such.”

Like the Egyptian-trained magicians, Jesus became famous for his ability to cast out demons and cure the mentally ill. It was his skill wielding the power of suggestion that enabled him to perform these impressive exorcisms; a hypnotic skill most likely imparted by his Egyptian mentors. (Notably, Jesus was unable to perform such miracles in his hometown where the people were not in awe of his reputation. An example of the hypnotist’s power of suggestion voided by familiarity.)

Jesus would be aware that the ancient Egyptian art of puppetry had long been used for political ends. Together, hypnotism and puppetry were important keys to unlocking a secret story which the priests and scribes of Jerusalem wished to conceal.

Jesus timed his entry into Jerusalem to coincide with the Passover; the sacred day set aside by the Jews to commemorate their history-changing flight from Egypt led by Moses. As he rode into town the people, keen to believe the Messiah had finally arrived, tossed palm leafs across the road before Jesus. The tumultuous gathering soon drew the attention of the “chief priests and scribes” who were not amused by this display of adulation.

At the time that Jesus entered Jerusalem to such acclaim Rome controlled the known world. Normally, they found it pragmatic to use local princes or kings as proxies to rule on their behalf. But on that fateful day the Roman Procurator, Pontius Pilate, (ruled 26-36 AD) was in charge. Pilate was one of three key characters who figure in the plot to kill Jesus. The others were Joseph Caiaphas, the Levite high priest of Jerusalem and Herod Antipas, the ruler of Galilee. Jesus called him “that fox.” Herod Antipas (20 BC to 39 AD) was considered only a ‘half Jew’ because his ancestors were from Edom, rather than Israel. Herod’s father (Herod the Great) had been responsible for the fabulous construction of the Temple in Jerusalem; the outer buildings of which were still being built when Jesus arrived.

We suggest that Jesus was specifically calling out Joseph Caiaphas and Herod Antipas as hypocrites because they “… build the tombs of the prophets, and garnish the sepuchres of the righteous, and say, If we had been in the days of our fathers, we would not have been partakers with them in the blood of the prophets. Wherefore ye be witnesses unto yourselves, that ye are the children of them which killed the prophets.”

The tomb he was confronting them about was the Jerusalem Temple which had been built to house the Ark of the Covenant, a holy relic constructed by Moses. Jesus’ words suggest that it was the blood of the prophet Moses which dripped from the ancestors of Caiaphas and Antipas. Joseph Caiaphas was descended from Israel’s third son, Levi. Herod Antipas’s ancestors came from Edom, where Reuel, Moses’s father-in-law, was born. In KILLING MOSES, we put forward the case that Moses had been murdered by Reuel and Levi at the Mountain of God. Reuel, also an Egyptian-trained magician, used hypnotism and puppetry to manipulate the children of Israel to secure the power he’d sought his entire adult life. Levi and his descendants, the Levite scribes, covered-up the homicide by their careful, and relentless, editing of the early parts of Bible.

Jesus’ unique education licensed him to identify significant evidence of Egyptian magic within the officially sanctioned story of Moses. Stories like the suspicious and sudden revival of Moses, aided by Hur and Aaron supporting his magical staff, as the battle with the Amalekites raged below.

The probability of this impressive feat being an illusion perpetuated by the use of puppetry would have not been overlooked by Jesus.’ He would have been familiar with the critical role played by masks amongst Egyptian magicians, leading him to suspect that the masked Moses who returned to the tribe was not the same man who climbed the mountain of God to receive the Ten Commandments. His less sophisticated tribe believed these stories to be true accounts of miracles. But a man trained in the arts of magic would be more discerning. He only needed to pull one or two threads from the fictional garment that covered the Levite story of Moses before the entire legend unravelled. He had identified the flaws in that carefully woven fabric of lies.

Herod Antipas and Joseph Caiaphas couldn’t afford to let Jesus expose the dark secret of their ancestors. At the very least they would be deposed if the people believed their ancestors had murdered Moses. But it was too dangerous to respond directly to the explosive accusations and bring attention to the very thing they were trying to hide. It was even more dangerous to let the rabble-rouser continue to ignite dissent. It was decided. Jesus must be arrested. The trial would be held in secret.

Looking for a reason to justify execution Joseph Caiaphas demanded that Jesus answer to whether or not he was the Son of God? When Jesus confirmed his claim Caiaphas shocked his peers by seizing his clothes and tearing them from his body. Since Moses’ time, it had been strictly forbidden for a high priest to “rent his clothes.” Short of setting himself on fire Caiaphas could not have emphasized more the magnitude of the crime Jesus was committing by claiming to be the Son of God. The High Levite Priest of Jerusalem shouted, “…now ye have heard his blasphemy. What think ye?” It was a rhetorical question. The priests clamoured for a sentence of capital punishment. Joseph Caiaphas had his way. Jesus would be silenced; ostensibly because of blasphemy.

Jesus’ legend was built on the foundation created by Moses. To be crucified during Passover linked him forever with the immortal liberator of the Jews. We suggest that Jesus blamed the Edomites and Levites for the death of Moses. He knew exactly which buttons to push to incite them to overreact to his taunts and accusations. Even knowing the torturous fate that awaited him he was willing to assume the role of the sacrificial son whose slow death could redeem the murder of the quintessential father figure, Moses.

This article is excerpted from Rand & Rose Flem-Ath’s book, KILLING MOSES.
Featured image: The High Priest is depicted tearing his robe in grief at Jesus' perceived blasphemy. Was this a calculated move to stop secrets from being revealed? Fresco, Giotto di Bondone (1267-1337). Public Domain