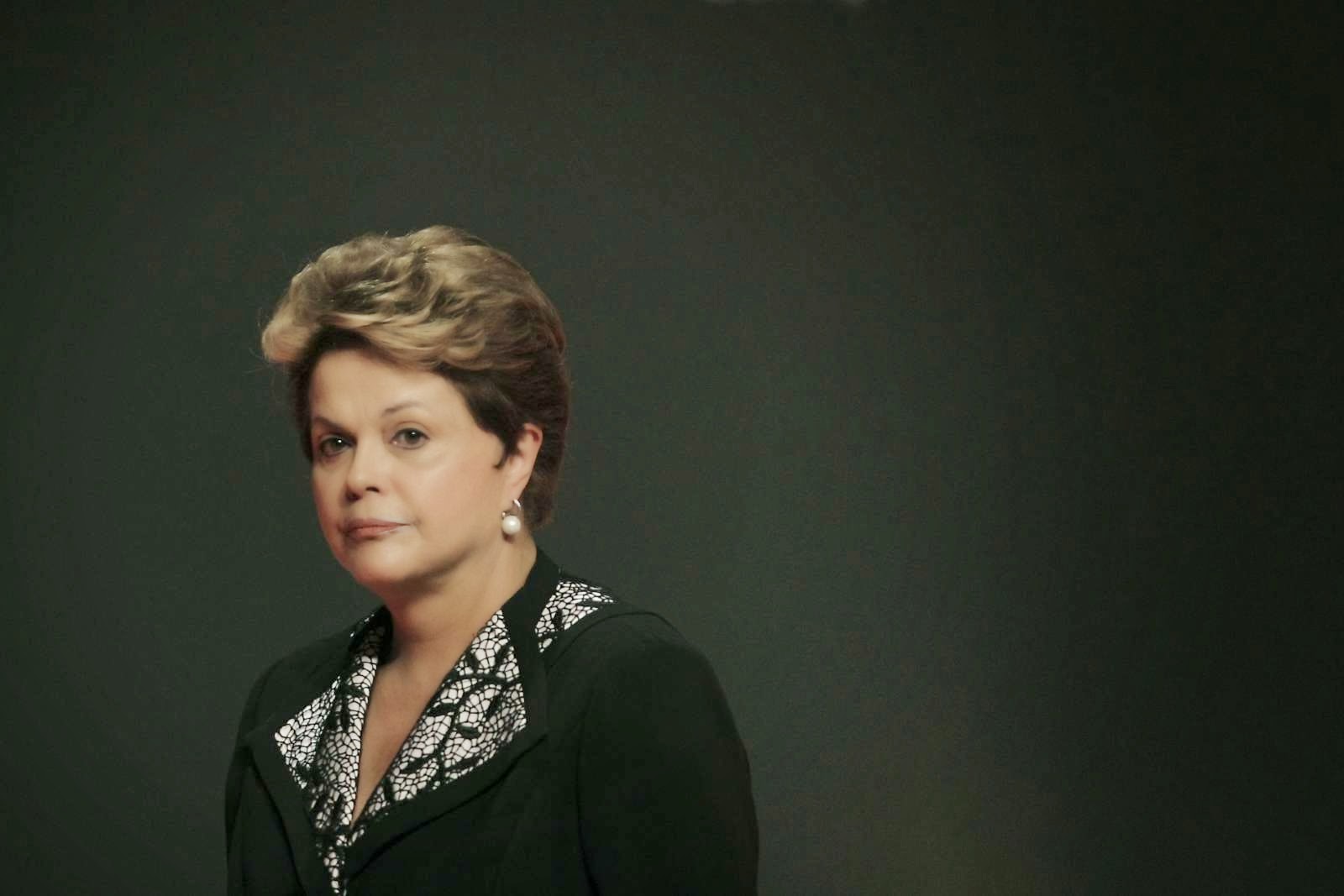 In the end, she was elected to be as good as da Silva.  She has failed miserably and now is no longer communicating very well.  Falling back on the ideology of her upbringing is certainly not going to help either except to hold her core.

Obviously this bears watching as Brazil is now riding through acrough economic consolodation with many losers.  Certainly getting reelected for another term appears unlikely without a successful change in course.

It is becoming clear that all the BRIC countries are sliding into consolodation or even recession.  This must last for some time unfortunately.  I anticipate a full generation.  The good news is that floor is much higher that a generation ago and it is stronger and will get stronger...

Brazil’s President Dilma Rousseff is not someone who appreciates criticism. She is, by her own words, “a harsh woman, sometimes surrounded by mild men.” What many foreigners don’t know is that Rousseff spent three years behind bars in the early 1970s for fighting against Brazil’s dictatorship, a time during which she was repeatedly tortured by interrogators with electric shock to her feet and ears, and forced into the “pau de arara,” or parrot’s perch, a beam from which she was hung upside down naked, with bound wrists and ankles.

Rousseff went through all of that for an ideal — her love and confidence in Brazil — and also for believing that those in charge of the country at the time were damaging its future. But love and conviction have never protected anyone against the inconstancy of fate. So today Rousseff has found herself in a position where her actions, decisions and independent judgments are damaging the nation for which she so courageously fought almost five decades ago.

As it’s been widely reported, Brazil is facing many challenges right now. The economy has stalled, inflation hit the highest level in nearly ten years and the Brazilian Real is now the second worst-performing currency in the world, after Ukraine’s Hryvnia. Rousseff’s failure to adjust public accounts and meet fiscal targets has created a scenario in which a process of a strong recovery is unthinkable in the near future. Acording to Gavekal Dragonomics, an independent research firm in China, the worst is yet to come; it predicts that Brazil’s GDP will contract this year between -1% and -2% and again next year, in what could be the first time since the 1929-1930 biennium that the country’s economy faced a recession for two consecutive years.


That is an even more chaotic scenario than the one predicted by analysts recently polled by the Central Bank, who have foreseen a zero GDP growth rate this year, while for the next three years the numbers continue to be revised downwards. To many, the situation has hit a crisis stage, even after the announcement of a new economic team in November, in addition to the promises of cuts in social benefits, budget and public spending. That wasn’t enough to calm things down. Not surprisingly, a survey published earlier last month showed that the worsening economic scenario is one of the main reasons for Rousseff’s approval ratings dropping to the worst of any Brazilian president since 1999.


While Rousseff’s predecessor Luis Inacio Lula da Silva managed to surf the wave of the commodities slump, under Rousseff’s leadership the economy barely added jobs in 2014. Manufacturing employment has fallen 3.2% last year, while industrial output was down 3.5% over the 12 months ending January 31, the worst performance since January 2010. Investments, consumption and exports — the pillars that supported Brazil in recent years — are deteriorating sharply.


Export numbers are heading south, the trade balance is in deficit. The water crisis, in spite of the recent rains, is still a problem to be tackled. Even with the weak energy demand in the industrial sector, Brazilians are now facing a possible blackout in the dry months. And that’s without mentioning the multi-billion dollar corruption scheme within the walls of oil giant Petrobras , which deepens day by day and now jeopardizes other sectors of the oil industry.


Rousseff’s choice to appoint Aldemir Bendine, the controversial president of state-controlled Banco do Brasil, to be the new CEO of crisis-stricken Petrobras simply because he is one of her loyal lieutenants and not due to his expertise in the oil industry, which he obviously lacks, resulted in a 7% drop in the shares of the company in a single day last month, since government interference in the Brazil’s energy sector is blamed by many investors for Petrobras’ poor performance.

As a tough woman, Rousseff may have what Brazil needs right now in a leader to get back on track. However, instead of worrying and working on Brazil’s future she has chosen to yield to pressure from the Workers’ Party, of which she is a member, and its allies in their Machiavellian plan to remain in power just for the sake of it. She has closed her eyes and ears to anyone who doesn’t abide by that.


By choosing to remain comfortably within the bounds of a reality that exists only in the commercials successfully made by the Workers’ Party marketer, Joao Santana, Rousseff isolated herself, becoming one of the world’s most powerful women not only surroundeed by mild men, but also by people who do not find the means to warn her of the problems.


The inability and humility to acknowledge that has put Rousseff in the same position that was once occupied by those who imprisoned and tortured her. Many Brazilians are terrified of what the next four years of her term holds in store to them. Not to mention foreign investors, who can (and will) simply turn their wallets to other markets should she keep on pretending that Brazil is better off without them.


A democracy is in constant motion, and while Rousseff was elected by the majority of Brazilians to rule for another four years last October, now the majority wants her to listen to them, to comprehend them and to make the changes they feel are needed.


Pretending that the future that so far exists only in the pamphlets of the Workers’ Party has arrived and ignoring Brazilians’ pleas will not calm them down.
Posted by arclein at 12:00 AM