What Was Lee Harvey Oswald Doing in Mexico? 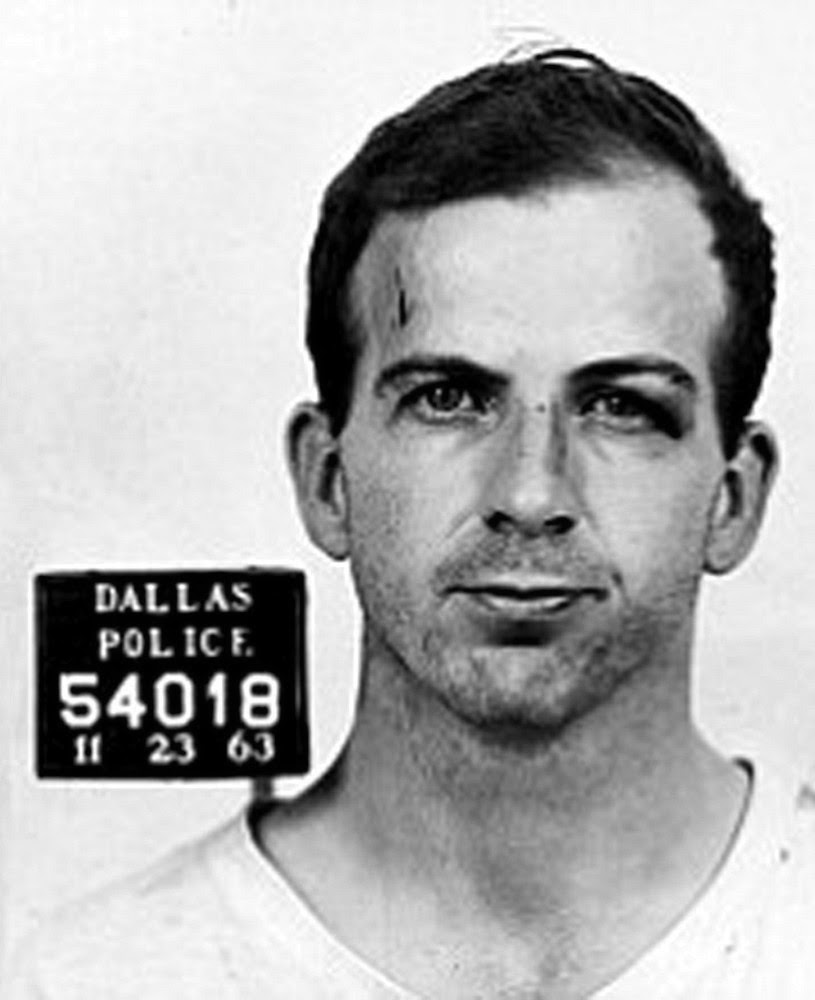 The circumstantial evidence jumps out at you.  Yet the  more likely scenario is that he was met by a CIA agent who set him up to be the fall guy.  That meant getting him his job and seeing to it he would be in the right place at the right time.  His weak presentation at the Cuban embassy sounds a lot like a mark following up on false instructions as well.  Presume he was targeted, misled and made part of a false story line in order to set him up for his job.


It was enough to get him securely in the building in question.  He was never meant to live to testify.


Needless to say this meant that curiosity over Mexico was thwarted by the CIA and they did just that as this makes very clear..

What Was Lee Harvey Oswald Doing in Mexico?

What if the answers to the many, persistent questions surrounding the assassination of President John F. Kennedy lie not in Dallas or Washington, D.C., but in the streets of a foreign capital that most Americans have never associated with the president’s murder? Mexico City.

Only hours after shots rang out in Dealey Plaza on November 22, 1963, U.S. Ambassador Thomas C. Mann told colleagues in the American embassy in Mexico that he was certain Lee Harvey Oswald had not acted alone in killing JFK.

Oswald had visited Mexico City several weeks earlier, apparently to obtain a visa that would allow the self-proclaimed Marxist to defect to Cuba, and Mann, a veteran diplomat, suspected that a plot to kill Kennedy had been hatched on Mexican soil, during Oswald’s encounters there with Cuban diplomats and Mexicans who supported Fidel Castro’s revolution. How did Mann know about those meetings? It turned out the CIA had Oswald under surveillance in the Mexican capital after he had showed up at both the Cuban and Soviet embassies there.

Back at the State Department, however, a baffled Mann hit a brick wall. No one in Washington seemed interested in his suspicions, he would later complain to colleagues. And within days of the assassination, the ambassador received an astonishing top-secret message directly from Secretary of State Dean Rusk. According to Mann’s testimony years later to congressional investigators, Rusk ordered the embassy to shut down any investigation in Mexico that might “confirm or refute rumors of Cuban involvement in the assassination.” No reason was given for the order, the ambassador said.

Mann told the congressional investigators that he was under the impression that the same “incredible” shut-down order had been given by the CIA to the spy agency’s station chief in Mexico, Winston Scott. In memoirs quietly declassified in the 1990s, after his death, Scott confirmed that he, too, suspected that Oswald was an “agent” of a foreign power who may have been part of a conspiracy to kill Kennedy (though Scott did not suggest that the CIA’s investigation was shut down).

What happened in Mexico City in the weeks before JFK’s murder? It is clear from government files declassified in recent decades that Oswald’s six-day trip to Mexico was never adequately investigated by the CIA, the FBI and the State Department—and, as a result, by the Warren Commission, the panel named by President Lyndon Johnson to investigate the assassination. The question has been raised anew in recent weeks by a surprising source—the Warren Commission’s chief conspiracy hunter. And in fact, lots of evidence has accumulated over the years to suggest that historians, journalists and JFK buffs who are still trying to piece together clues about the president’s murder—whether from the memories of still-living witnesses or in the new tranche of assassination-related documents the National Archives is set to release in two years—would be wise to look to Mexico City.

In the half-century since the commission named for Chief Justice Earl Warren concluded that Oswald was the sole gunman in Dallas and that there was no evidence of a conspiracy, foreign or domestic, it is startling to discover how many credible government officials—beginning with Ambassador Mann and CIA station chief Scott—have suggested that evidence was missed in Mexico that could rewrite the history of the assassination. The list includes the late former FBI Director Clarence Kelley and former FBI Assistant Director William Sullivan, as well as David Belin, a former staff lawyer on the Warren Commission.

Last month, another commission staffer joined their ranks: David Slawson, a retired University of Southern California law professor who, 51 years ago, was the commission’s chief investigator searching for evidence that might have pointed to a foreign conspiracy in JFK’s murder. In interviews for a new edition of my 2013 history of the assassination, Slawson said he is now convinced the commission was the victim of a “massive cover-up” by the CIA and other agencies to hide evidence that might have identified people in Mexico City who knew and encouraged Oswald to carry out his threat when he returned to the United States.

Declassified government records back up Slawson’s suspicion of how much information was withheld in 1964, when senior officials at both the CIA and the FBI assured the commission that there was no evidence in Mexico—or anywhere else—to suggest that Oswald was anything other than a delusional lone wolf. In sworn testimony to the commission, FBI Director J. Edgar Hoover insisted that “there was nothing up to the time of the assassination that gave any indication that this man was a dangerous character who might do harm to the president.”

The records declassified decades later tell a very different story, and show just how much evidence about Oswald’s Mexico trip —including CIA tape recordings of wiretaps of Oswald’s phone calls in Mexico—never reached the commission. Although the spy agency assured the commission in 1964 that there were no surveillance photos of Oswald in Mexico, CIA Station Chief Scott, in his memoirs, strongly suggested that there were photos, and other CIA officials later told congressional investigators in the 1970s that they recalled seeing the pictures. CIA and FBI records, meanwhile, show that the agencies never tried to track down or interview key witnesses who had encountered Oswald in Mexico.

Slawson is also convinced that someone blocked him from seeing a top-secret June 1964 letter from Hoover to the commission in which Hoover revealed that Oswald may have openly boasted about his plans—“I’m going to kill Kennedy”—while in Mexico, apparently at the Cuban embassy. Slawson believes the CIA was desperate to shut down any investigation in Mexico City out of fear the Warren Commission might stumble onto evidence of the spy agency’s long-running schemes to murder Fidel Castro. (Mexico City had been a staging area for some of the plots.)

Slawson is careful to note that he is not suggesting any sort of far-flung, carefully laid-out conspiracy. For one thing, he notes, Oswald did not get the job he held at the time of the assassination, at the Texas School Book Depository, which was on the president’s motorcade route, until after he had returned to Texas from Mexico in early October 1963; the route itself was not announced until days before JFK’s arrival in Dallas.