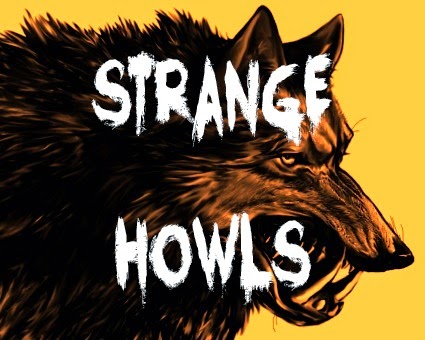 The fact is that a Giant sloth will look a lot like a Dire wolf when it is on all fours.  The picture we are getting here so far conforms to a giant sloth, particularly about how the victim was shredded.  No wolf does that at all.  Canine like tracks strongly suggest that the long claws are retracted which appears likely because of their natural length.  It also appears that the carcass was not consumed either even in part.


Again we have extended the apparent range as well.  I have no doubt that this creature is indigenous to all of north America but is also reclusive and nocturnal avoiding sightings generally.  What it does not do is associate with its own and it stakes out a large hunting territory to produce maggot bait.  My surprise here is that the carcass of the cougar was not buried as they usually do.  Most likely it got interrupted first.  I think the carcass is left out for a day or two to allow the flies to do their thing.  In the meantime, all other scavengers stay far away preserving the corpse.


Thus the Giant Sloth has been mistaken for a dire wolf, a were wolf, a large dog, likely a bear where brush cover is a problem and when upright for a Bigfoot when obscured.  We are now approaching fifty conforming reports that continue to describe this creature.   The picture keeps getting better.


As a side note, this creature rotates easily to bipedalism and that explains the perception of a shapeshifter.

I received the following report this past weekend. I didn't have time to contact the witness, though I will sometime this week:


Hi - I happened upon one of your radio shows where you were discussing dog people and shape shifters.

I live on a small property along Bull Run Creek near Butte, Montana. I've lived in this area my entire life, so I'm very familiar with the wildlife.

For 3 years, I've been hearing strange howls coming from the foothills northeast of my property. It's not a coyote. I thought that it may be a wolf. But my cousin, who works for the National Park Service, heard it once and said that was not a wolf. The howls start around 10-11 PM but only last for a few minutes. it doesn't occur every night.

About 4 weeks ago, my son and I were helping a friend move an old hot water heater onto my truck to take to the dump. As I drove on the road by my friend's driveway, we noticed a carcass laying by the road. We stopped to see what it was. We were surprised because it was a cougar that had been literally ripped to shreds. I have never seen that before. There were a few canine tracks in the loose dirt. The tracks were quite large, I'd say 4x3 in. and deep. There was considerable weight to this canine. I contacted the local warden and directed him to the carcass.

My friend has also heard the strange howls. In fact, his dogs won't go out in the yard at night.

I fear that there is an unknown canine roaming through the foothills.

I know that it isn't much evidence but I'd like your opinion.


NOTE: I want to talk to the witness...I think he's got a large wolf roaming the area. Wolves can bring down some huge animals. If the cougar was old or disabled, I feel that it could have dispatched it. I've received reports over the years where western ranchers and hunters swore that they witnessed a Dire Wolf, though this is technically an extinct species. I'm not an expert in Rocky Mountain wildlife, so I'd be interested in your thoughts. Lon
Posted by arclein at 12:00 AM