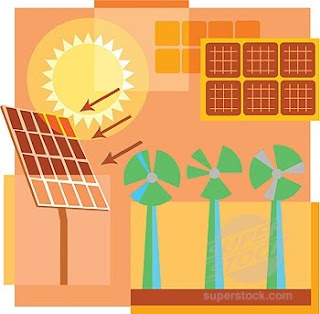 Chris Nelder has been writing about the issues surrounding sustainability for over a decade and he makes a very important point that my blog also makes. It is that we have the solutions at hand. They are turning out to be cost effective. We can get on with it and solve our problems.

The fact remains that our leadership do not grasp solutions and lead their implementation. Instead they struggle to preserve position and avoid failure through real action. Much change has happened only in the face of crisis when the population itself is moving to a solution allowing the leader to merely jump in front.

This is the result of intellectual weakness among the leadership. It should be obvious to my readers that the best way to stimulate the economy out of its present malaise is to swiftly build out a national power grid and to supply finance guarantees for wind and geothermal in particular. We need them both and we need them now to supply the energy needed to supply power for the onslaught of electric cars. The arguments in favor of this course of action are compelling and easy.

Yet today our president is a man who cannot understand building wealth, or even be expected to understand compound interest particularly well let alone be handed a wrench to fix something. He must make decisions based on input from a flock of naturally risk adverse advisors. Reagan may not have known that star wars was twenty years early, but his advisors certainly told him, but he understood that the USA could afford an impossible mission while the USSR would be flummoxed.

The USA faces a building crisis in energy that is slowly taxing the American people into a poorer lifestyle. It must be fixed and it can be fixed. What are we waiting for? We are waiting for technically competent leadership. It is high time for show me because everyone is now confused as to where we are all headed. The leftist agenda has been allowed to float like a balloon but is naturally fading as the usual realities settle in.

We badly need to see the pragmatic side of this presidency.