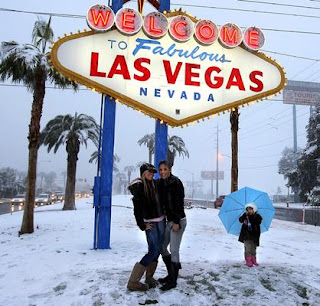 The nasty news presented into this article is something that should have been accounted for from day one of the great global warming debate. It is really quite simple. CO2 absorbs thermal energy in the 14.77 micron slot. Testing in the early seventies showed this notch in the spectrum to be fully used up to the ninety percent or better level. This means that if all the incoming energy was already been absorbed with the available CO2 to hand and that any increase in CO2 would produce zero effect.
Whatever the interpretation of the role of CO2 in the atmosphere, this alone tells us that it has been optimized already and has nowhere to go.
Besides that this is an excellent exercise in logical thinking regarding the present state of the so called theory. He demonstrates the presence of logical absurdities in the theoretical framework.
I would welcome a scientific argument that counters this particular argument in the of chance that somewhere someone has it all wrong.

ANTHROPOGENIC GLOBAL COOLING?
An email from Norm Kalmanovitch [kalhnd@shaw.ca]
There is a very good case to be made for anthropogenic global cooling from CO2 emissions. The beginning of rapid increases in global CO2 emissions started in 1945 with the rapid increase in post war industrialization that has seen CO2 emissions rise from under 4gt/year in 1945, to over 31.5gt/year today. This increase in CO2 emissions over the past 63 years has resulted in over 40 years of global cooling. The only time that there was a decrease in emissions was from 1979 to 1982 when the world was warming.
This forms a positive correlation of sufficient statistical significance to make a reasonable case for this relationship to be valid. Although correlation is not causation, there is nothing in the current science literature database that demonstrates any contrary evidence so based solely on "peer reviewed" science literature (as is the case for AGW), this hypothesis could be taken as valid.
The original paper on this topic by Svante Arrhenius in 1896 can be shown to be in error because at the time quantum physics had not yet revealed the physical process of interaction between the Earth's radiative energy and atmospheric CO2.
The only part of the Earth's thermal radiative spectrum that is affected by CO2 is the 14.77micron band, but Arrhenius, unaware of this fact used measurements limited to only 9.7microns and therefore was not actually measuring the effect from CO2. He also used an experimental source for thermal radiation that was at 100°C, and the radiative spectrum from this source includes the 4.2micron wavelength band of CO2 that is not part of the Earth's radiative spectrum, so he was not measuring the actual effect from the thermal radiation from the Earth.
In 1970 the Nimbus 4 satellite measured the Earth's radiative spectrum showing that the spectral band affected by CO2 had a deep notch in it centred on 14.77microns. This deep notch demonstrated that well over 90% of the possible effect had already been achieved from just the 325 ppmv atmospheric concentration of CO2, so further changes in concentration would have only minor effects, and increases in CO2 concentration could neither be responsible for either global warming or global cooling of any significant degree.
While CO2 concentration increases can be demonstrated to have little further effect on global temperatures, this has no bearing on CO2 emissions because there is no correlation between CO2 emissions and CO2 concentration, and CO2 emissions may alter the global temperature by processes other than changes to the greenhouse effect. It is easily demonstrated that there is no correlation between CO2 emissions and atmospheric CO2 concentration. Over the three years from 1979 to 1982 when CO2 emissions were decreasing due to the rapid increase in the price of oil that drastically reduced consumption, there was no change in the rate of increase in atmospheric concentration of CO2 proving that humans were not the primary source for the increase in concentration.
The science literature data base is filled with articles about global warming and CO2, but none of these articles actually relate CO2 emissions to global warming, and just falsely assume that emissions and concentration are interchangeable. All of the articles are based on projections from climate models, which also make this false assumption about emissions and concentration, and these models have yet to demonstrate a result that matches physical observation. This is because models use a contrived CO2 forcing parameter that was clearly not designed on any physical basis either experimental or empirical. In fact there is nothing in all the global warming literature, even the articles about polar bears and melting ice, that can refute the anthropogenic global cooling hypothesis.
Even though there is nothing in the literature data base that can refute the hypothesis of anthropogenic global cooling, the hypothesis can be clearly shown to be false by strict adherence to science protocol and the scientific method. There is clear observational evidence that the Earth warmed from 1975 to 1998 as emissions increased, so even though the world cooled for more years than it warmed with increasing CO2 emissions, these 23 years provide observations contrary to the hypothesis that can't be explained by the hypothesis, and therefore the hypothesis must be abandoned.
Another hypothesis that explains the current global cooling is based on solar cycles and their effect on solar output and changes to the Earth's albedo from cloud cover. The driving mechanism for this is not fully understood, but to date there is absolutely no contrary evidence to the overall hypothesis. There is in fact clear supportive evidence including observational evidence from a project called Earth Shine which measures the Earth's albedo by its reflection on the moon. The albedo measurements show reducing albedo concurrent with global warming, changing to increasing albedo concurrent with global cooling in 1998. (Figure 2 page 21). See
here (PDF).
This is the way science is supposed to work, and while it is a simple matter to falsify the Anthropogenic Global Cooling hypothesis, it should be far easier to falsify the Anthropogenic Global Warming theory, because everything stated in the theory is contrary not only to observation, but contrary to established physical principles and physical laws as well. The fact that AGW still exists as a valid hypothesis seven years after the Earth started to cool in spite of the continued rapid increase in global CO2 emissions, is testament to how easy it is to misinform the public with well executed propaganda and media control.
Posted by arclein at 12:01 AM