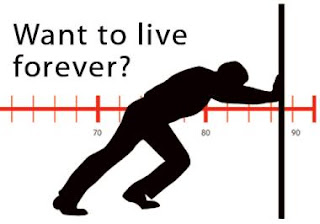 This story is way below the radar as far as the press is involved, but the sheer number of separate routes tells us that work on the topic is hot and heavy. Most of this work is been done with mice in order to establish protocols.
In the meantime, of way more practical impact is the recent work I reported on two days ago with the use of naringenin to reset the liver’s function to eliminate obesity once and for all. Obviously if such a protocol could restore an individual to a non obese state and properly restore liver metabolism, then a substantial improvement in lifespan should naturally accrue. This will be available in the necessary mega doses just as quickly as someone can synthesize naringenin or concentrate it from perhaps grapefruit peels or something. Trust me on this one, the gold rush is on as we write.
I will not try to cover this field of research completely, but we should see the odd item as this all develops. Perhaps Next Big Future can keep a good handle on this one as I expect everyone cares about this issue.
What is clearly opening up is real time gene therapy and the wondrous thing there is that the simple obvious mechanisms happen to work. It was no trick at all forty years ago to conjecture that a virus could be used to deliver a therapy. That it actually works without a hitch is like winning a lottery. Thus researchers are getting very brave and beginning to simply try things out. This means that we can brace for a flood of interesting results in this field, not unlike the flood associated with cancer research as simple protocols were applied broadly.
August 24, 2009
Life Extending Gene Therapy Progress and Rundown of Life Extension Demonstrated In Mice that Could Apply to Humans
http://nextbigfuture.com/2009/08/life-extending-gene-therapy-progress.html
A new study from the University of Missouri may shed light on how to increase the level and quality of activity in the elderly.

In the study, published in this week's edition of Public Library of Science – One, MU researchers found that gene therapy with a proven "longevity" gene energized mice during exercise, and might be applicable to humans in the future.
Mice would live longer when their genome was altered to carry a gene known as mitochondria-targeted catalase gene, or MCAT. However, such approaches would not be applicable to human. Duan and Dejia Li, a post-doctoral researcher working with Duan, took a different approach and placed the MCAT gene inside a benign virus and injected the virus into the mice.
Once injected, Duan and Li tested the mice and found that they could run farther, faster and longer than mice of the same age and sex. Duan attributes this performance enhancement to the MCAT and believes the gene is responsible for removing toxic substances, known as free radicals, from the mitochondria, the powerhouse of the cell. By using this specific gene therapy vector, the virus, to introduce the longevity gene, Duan and Li opened the possibility of human treatment.
This work is number 6 on a list assembled at Fighting Aging. Note: Fighting aging has a lot more details and links for each item.
Twelve Life Extension Techniques Demonstrated in Mice
1) Calorie Restriction, Intermittent Fasting, and Methionine Restriction
Imposition of calorie restriction in mice has been shown to extend life span by around 40% even when initiated comparatively late in life.
2) Growth Hormone Knockout, IGF-1 and Insulin Signalling Manipulation
A breed of dwarf mouse that entirely lacks growth hormone is the present winner of the Mprize for longevity, living 60-70% longer than the compeition's standard laboratory mouse species. This is primarily interesting as a demonstration that insulin signalling and IGF-1 - intimately bound up with growth hormone - are very important to the operations of metabolism that determine life span. These dwarf mice are not very robust: whilst healthy and active, they wouldn't survive outside the laboratory or without good care due to their low body temperature.
3) Telomerase Plus p53
A Spanish group published a study in 2008 showing 50% life extension in mice by a suitable combination of enhanced telomerase and p53.
4) Inactivating the CLK-1 Gene
Reducing the activity of the mitochondria-associated gene clk-1 - lowering the amount of protein generated from its blueprint in other words - boosts mouse longevity by 30% or so.5) SkQ, a Mitochondrially Targeted Ingested Antioxidant
A Russian researcher has demonstrated a form of antioxidant that can be targeted to the mitochondria even though ingested. Per the mitochondrial free radical theory of aging, anything that can reduce the damage mitochondria do to themselves via the free radicals they generate in the course of their operation should extend life span. Indeed, SkQ seems to boost mouse life span by about 30%:
6) Genetic Manipulation to Target Catalase to the Mitochondria
A couple of research groups have shown that through either gene therapy or genetic engineering the levels of a naturally produced antioxidant catalase can be increased in the mitochondria. The mice lived 20 percent longer than normal mice.
7) Genetic deletion of pregnancy-associated plasma protein A (PAPP-A)
This is another method of reducing cancer incidence and also extending life span by 30% or so, but this time seemingly through manipulation of the insulin signalling system in a more subtle way than previous growth hormone knockout studies. The end results certainly look like a win-win situation: extended life span and less cancer with no downside.
8) Knockout of the adenylyl cyclase type 5 (AC5) gene
Mice lacking the gene for the AC5 protein, which strangely enough appears to be a crucial component of the opioid response in mammals in addition to its other roles, live 30% longer. This is suggested to be due to a more aggressive, effective repair and prevention response to oxidative damage.
9) Metformin used as a calorie restriction mimetic drug
The drug metformin has been demonstrated to act in some ways like calorie restriction in mouse biochemistry, producing a modest 10% gain in maximum life span.
10) FIRKO, or fat-specific insulin receptor knock-out mice
FIRKO mice have less visceral body fat than normal mice, even while eating at the same calorie levels. They live a little less than 20% longer, and this is taken as one line of evidence to show that that possessing a lot of visceral fat is not good for longevity.
11) Removal of visceral fat by surgery
Continuing the fat theme, researchers demonstrated last year that you can extend the life span of mice by surgically removing excess visceral fat. It doesn't extend life as much as calorie restriction, but it is significant
12) Overexpression of PEPCK-C, or phosphoenolpyruvate carboxykinase
In this case, researchers have no firm conclusion as to why and how this genetic manipulation works. As in a number of other cases, this investigation wasn't started as a part of any aging or longevity study, and the longevity of these mice is a fortunate happenstance. Nonetheless, here we have a case of what appears to be a more than 50% life extension - though note that the formal life span study has not been published, so you might assume the comments below to refer to the outliers amongst these mice rather than the average.
Posted by arclein at 12:13 AM