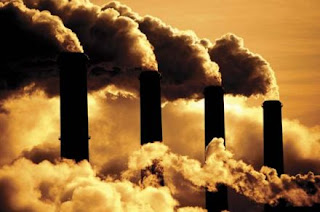 David makes the point that regardless of the theory and various claims, that a 2 degree warming stretched out over a couple of centuries will not be a catastrophe. There will be ample time to adjust and also exploit the situation.
Even now we have brave souls planting grapes in locales that were clearly impossible a mere twenty years ago. Now we both know that that is a case of wishful thinking overcoming common sense. Such a locale must face reversions that will destroy the plants.
In fact we know that within the past 100,000 years, we survived a two thousand year close encounter with the Sirius cluster that increased global temperature by ten degrees (at least at the poles) and have done this repeatedly before. I am sure it created quite a mess, and modern humanity arose since.
What that all makes clear is that Earth is quite adept at handling a major increase in received heat and maintaining all life on Earth. The Amazon clearly did not catch fire and drive million of species to extinction.
In fact, it is my contention that better heat retention on Earth would be welcome. Restoring woodlands to the Sahara would capture more heat and warm the Northern hemisphere to conditions resembling the Bronze Age. That would also restore woodlands and rainfall throughout the Middle East. What part of this is a bad idea?
In fact, what I am saying is that we are about to begin the long road of terraforming the Earth and that broadly means collecting and retaining more solar energy and fairly distributing the results to optimize the climate. An optimized climate allows a huge human population to live in harmony with nature.


The argument for doing drastic things to prevent global warming has two parts. The first has to do with climate change, with reasons to think that the earth is getting warmer and that the reason is human action, in particular the production of CO2. The second has to do with consequences of climate change for humans.
Most of the criticism I have seen, in comments to this blog and elsewhere, has to do with the first half, with critics arguing that the evidence for global warming, or at least the evidence it is caused by humans and will continue if humans do not mend their ways, is weak. I don not know enough to be sure that those criticisms are wrong; pretty clearly climate is a very complicated and not terribly well understood subject. But my best guess, from watching the debate, is that the first half of the argument is correct, that global climate is warming and that human action is at least an important part of the cause.
What I find unconvincing is the second half of the argument. More precisely, I find unconvincing the claim that climate change on the scale suggested by the results of the IPCC models would have catastrophic consequences for humans. Obviously one can imagine climate change large enough and fast enough to be a very serious problem—a rapid end of the current interglacial, for example. And if, as I believe is the case, climate is not very well understood, one cannot absolutely rule out such changes.
But most of the argument is put in terms not of what might conceivably happen but of what we have good reason to expect to happen, and I think the outer bound of that is provided by the IPCC models. They suggest a temperature increase of about two degrees centigrade over the next hundred years, resulting in a sea level rise of about a foot and a half. What I find implausible is the claim that changes on that scale at that speed would be catastrophic—sufficiently so to justify very expensive measures now to prevent them.
Human beings, after all, currently live, work, grow food in a much wider range of climates than that. Glancing over a U.S.
I can only see two ways of defending such a claim. The first is some argument to show that present arrangements are, due to divine intervention or some alternative mechanism, optimal, so that any deviation, even a small one, can be expected to make things worse. The second, and less wildly implausible, is the observation that people have adapted their activities—the sort of houses they live in, the varieties of crops they grow—to current conditions. Put in economic terms, we have sunk costs in our present way of doing things. Even if the planet has not been optimized for us, we have optimized our activities for the planet, with the details depending in part on the local climate. Hence any change in either direction can be expected to be a worsening, making our present way of doing things less well adapted to the new conditions.
That would be a persuasive argument if we were talking about a substantial change occurring over five or ten years. But we aren't. We are talking about a not very large change occurring over a century. In the course of a century, most existing houses will be replaced. If temperatures are rising, they will be replaced with houses designed for a (slightly) warmer climate. If sea levels are rising, they will be replaced, in low lying coastal areas, with houses a little farther inland. Over a century, farmers will change at least the varieties they are growing, very possibly the kind of crop, multiple times, in response to the development of new crop varieties, shifting demand, and similar changes. If temperatures are rising, they will gradually shift to crops adapted to a (slightly) warmer climate.
Climate aside, we do not live in a static world—consider the changes that have occurred over the past century. The shifts we can expect to occur due to technological progress alone, even without allowing for political and demograpic shifts, are much larger than the shifts required to deal with climate change on the scale I am discussing.
My conclusion is that this version of climate catastrophe, at least, does not pass the giggle test. There may be other versions, based on more pessimistic predictions of climate change, that do. But the claim that we now have good reason to expect climate change on a scale that will produce not merely problems for some but catastrophe for many is one that no reasonable person should take seriously.

posted by David Friedman @
Posted by arclein at 12:04 AM