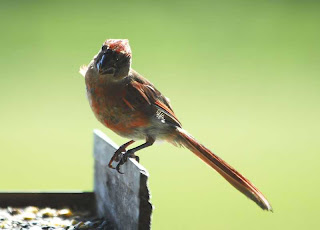 Take the trouble to look at the chart. The link is there if it is not up on the page. It paints a world very different from today. Then medical care was still pretty primitive and lung diseases and polio and other similar ailments killed and were expected to kill the very young. This was still a dramatic improvement over just the preceding couple of generations.

The climb in suicide and homicide is a social problem made worse by an out of control drug trade that targets the young. As posted, it can be fixed, but not by present failed methods which have in fact driven the rise in numbers.

So putting aside the press stories on the front page and the rose tinted glasses of the past, the present is a major improvement. The future will also continue to see improvement.

In the arena of human health, we are reporting on breakthroughs and their swift development at a rate never imagined. Folks are still dying but even the death rate has recently dropped inexplicitly.

Modernity as a Children's Paradise

If you based your worldview on fictional television programs, you would conclude that life was a lot better for kids back in the fifties. Nothing seriously bad ever happens to kids on Leave It to Beaver. But on shows like Law and Order: Special Victims Unit, innocent children meet one grotesque fate after another. If we could only go back to the good old days, it seems, kids would be safe, and parents could sleep well at night.In chapter 4 of my next book, I compare this "television reality" to actual reality. Using standard official statistics, I've compiled U.S. youth mortality rates for 1950 versus 2005. I break the results down by disease, accidents, war, homicide, and suicide. Here are my initial results:

Overall, today is much safer than 1950. That's probably no surprise to anyone who knows basic economic history. What's particularly interesting is that safety gains are especially large for younger kids. The mortality rate for kids under 5 was almost five times greater in 1950, 3.7 times greater for kids 5-14, and 2.2 times greater for 15-24 year olds.I suspect that many people will object, "Yes, but if you break the results down by cause of death, modernity is worse in both homicide and suicide - two out of the five categories." My reply: All modernity has done is roughly double two vivid near-zero risks. In exchange, we are vastly safer from the formerly quantitatively fearsome risks of disease, accidents, and war.Bottom line: Modernity delivers the children's paradise that the fifties only promised. Maybe the nation's parents should try turning off their televisions for a minute of gratitude that they aren't Ward and June Cleaver?
Posted by arclein at 12:25 AM