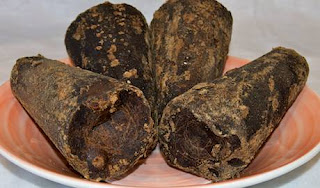 Maybe this is how we should be buying it henceforth :)
The sugar trade has been politically hands off in the USA for a century even in the face of pretty simple and compelling statistics that strongly imply a real need for access management.

A big part of the problem is that the human body resets its sweet tooth as high as availability allows. It is perhaps not quite that bad, but near enough to make a big difference to you and your health. If you never have sugar, a small amount sweetens your food. If you have a lot then you need more to notice the effect. So if you are merely looking for sweetness, a restricted sugar diet is actually a good idea.

The best solution is to impose a blanket portion reduction of sugar content by eighty percent. Most product can be reformulated with glucose if necessary (soft drinks) and safely sweetened with newly approved stevia.

The point I want to make is that our taste buds will reset to accept the much lower sugar exposure. In a couple of years we will wonder what the fuss was about.

I suspect that this article is an early shot across the bows of the upcoming sugar wars.

Aug 25, 2009
Semi-sweet: Americans should cut sugar consumption by more than half, says AHA
By
Katherine Harmon

The average American consumes about 22 teaspoons (355 calories) of added sugar a day, according to a report released yesterday by the American Heart Association (AHA). That amount should be cut down to a maximum of six teaspoons (100 calories) a day for women and nine teaspoons (150 calories) for men, the group recommends.
"For the first time we've created specific recommendations about the amount of sugars that can be consumed in a heart-healthy diet," lead report author Rachel Johnson, of the University of Vermont in Burlington,
told Reuters.
A diet high in added sugar—the sort that makes up the sanguine
The biggest cloying culprit in the U.S. is soft drinks, which account for a third of the added sugars people consume. Next on the list are candies and sugar itself (16 percent) and cakes, cookies and pies (13 percent).
The report also notes that observational research has linked a high-sugar diet with one that's also low in important nutrients.
"Sugar has no nutritional value other than to provide calories," Johnson said in a prepared statement.
For its part, the industry group the Sugar Association did not see a sweet side to the report, issuing a statement that said, "Very few of the cited references by the AHA are directly related to sugars and heart health impacts," Reuters reports.
Diet drinks and
The Wall Street Journal's health blog has a handy list for locating the extra sugar in your daily diet.
Posted by arclein at 12:25 AM