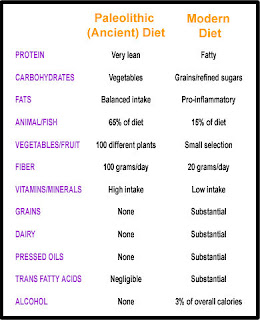 When I read this, I am impressed by the fact that the Neanderthals were exploiting the game herds. This is important because it helps clarify their ecological brittleness and disappearance. They were a part of the ice age fauna in which a premium was placed on robustness. All their contemporaries went to the wall.
Certainly the Pleistocene catastrophe caused mass slaughter, yet I am reluctant to allow that as a complete answer. Part of it is because we have scant evidence of Neanderthals after 40,000 years ago leaving twenty thousands of years in which they should still have prospered. The other reason is that the advent of the Holocene ended their particular niche. The herds lost their niche and disappeared naturally themselves.
Mass slaughter certainly is devastating, but hold on a minute. If the niche is viable, repopulation is very swift. Let me put this in perspective. A dire disease eliminates the whole population of the old world but spares the Americas. It remains resource rich and we send in a million families to create scattered villages throughout.
We support fertility of one child every two years and thus one million settlers becomes five million inside a twenty year span. The next generation produces twenty five million. The one after that makes it 125 million, After that it is 625 millions and then 3,125 millions or effective restoration of population in a mere century or so by this simplistic thought experiment. The point though is that the biological capacity among humanity is there. Every other creature is faster still if the resources are readily available. Maybe not mammoths though :)
The bottom line is that elimination of the large game herds eliminated the large carnivores like the cave bear, mega lion and the ice age wolfs.
One proposition is that outside the ice age hunting niche, humanity wiped out the herds themselves who were vulnerable to human predation in particular. I tend to buy that. In North America, once the Indians had horses, the buffalo were doomed. They were easy to follow and hunt out. That would have taken an extra century or two without the encouragement of the hide market but it still would have happened and certainly happened to the bison in the old world.
In the old world, the advent of the horse on the northern plains eliminated all significant herd animals and replaced them with new managed herds. In most cases these were the horses themselves.
So what was so unusual during the Ice Age? It is accepted that most large animals simply became extinct twelve thousands of years ago and perhaps we can accept that as sufficient. It is just as important that their preferred niche was no longer supporting them and necessary to prevent any recovery.
I will make the odd conjecture that Neanderthal bands functioned right up to the Pleistocene Nonconformity. Their population was sparse and they followed the herds rotating in front of the ice. We merely have no evidence that this is true.
They had retreated from much of Europe because human predation of the herds had destroyed their life way there and they simply followed the ice were human hunting pressure was naturally lower. And as this item makes clear, humanity depended far more on skill based hunting and fishing that collected a far wider range of game.

If Neanderthals ever shared a Thanksgiving feast with Homo sapiens, the two species may have had trouble settling on a menu.

Chemical signatures locked into bone suggest the Neanderthals got the bulk of their protein from large game, such as mammoths, bison and reindeer. The anatomically modern humans that were living alongside them had more diverse tastes. As well as big game, they also had a liking for smaller mammals, fish and seafood.

"It seems modern humans had a much broader diet, in terms of using fish or aquatic birds, which Neanderthals didn't seem to do," says Michael Richards, a biological anthropologist at the Max Planck Institute for Evolutionary Anthropology in Leipzig, Germany and the University of British Columbia in Canada.
Prehistoric menu

Such dietary differences could have played a role in the extinction of Neanderthals roughly 24,000 years ago.

"I personally think [Neanderthals] were out-competed by modern humans," says Richards. "Modern humans moved in with different, more advanced technology and the ability to consume a wider variety of foods, and just replaced them."

Because our bones are constantly destroyed and rebuilt while we are alive, the atoms that make up collagen hold a record of what we've eaten. "When you take a sample of a bone you're getting all those breakfasts, lunches and dinners for 20 years," Richards says.
Telltale atoms

Measurements of the abundance of heavy isotopes of carbon and nitrogen hold the key. Marine environments contain a higher proportion of heavy carbon atoms (carbon-13) than land ecosystems, so lots of carbon-13 in the recovered collagen points to a seafood diet. Meanwhile, heavy nitrogen (nitrogen-15) tends to build up as the atom moves up the food chain, from plants to herbivores to carnivores.

By comparing the relative levels of these isotopes with those of animals found nearby, researchers can sketch the broad outlines of an ancient diet, if not every last calorie.

Carbon and nitrogen isotopes suggest that Neanderthals living between 37,000 and 120,000 years ago in what are now France, Germany, Belgium and Croatia got the bulk of their protein from large land herbivores, Richards and Trinkaus conclude. Levels of heavy nitrogen in Neanderthal bones invariably exceed levels in surrounding herbivores, and tend to match levels in that period's carnivores, such as hyenas.

Some modern humans living between 27,000 and 40,000 years ago opted for more varied diets. High levels of carbon-13 in two samples from Italy and France are evidence for a diet that probably included some marine fish or seafood.

Even other modern humans from a similar period that lived further inland seem to have enjoyed a more diverse menu. Unusually high levels of nitrogen-15 in their bones point to freshwater fish as an important source of food, Richards says.
Variety pays off

Such flexibility may explain why modern humans thrived in ancient Europe while Neanderthals perished, says Hervé Bocherens, a biological anthropologist at the University of Tübingen in Germany. "If modern humans were hunting big game, like Neanderthals, they would compete with them and deplete the resources."

When big game were scarce, modern humans could have survived and even flourished by eating fish and smaller animals. Neanderthal populations, by contrast, probably shrank and eventually disappeared in areas from which their more limited meal options disappeared.

However, Bocherens cautions against drawing too many conclusions from 13 Neanderthal skeletons, all unearthed in northern Europe. Collagen doesn't survive well in warmer climates, so researchers know less about the diet of Neanderthals in southern Europe and the Middle East, he says.

"There is evidence from a number of southern European sites in Portugal, Gibraltar, Spain and Italy that Neanderthals did exploit marine resources at times and, I would say, probably to a significant extent," says Chris Stringer, a palaeoanthropologist at the Natural History Museum in London. His team recently found cut marks on seal and dolphin bones in a Neanderthal cave in Gibraltar.

Isotopes recovered from bone also ignore important sources of food that don't contain much protein. "I'm sure they're having vegetables," says Richards. "But they're not eating enough that it's being measured."

A new study of ancient DNA offers preliminary support for that conclusion. Neanderthals possessed a gene mutation that would have meant they couldn't taste bitter chemicals found in many plants.

There has been speculation that this mutation, which occurs in a taste receptor gene called TAS2R38, is beneficial to humans because it makes vitamin-packed vegetables more palatable. It probably arose in the common ancestor of modern humans and Neanderthals more than a million years ago. The gene encodes a receptor that detects a chemical called phenylthiocarbamide, which is closely related to compounds produced by broccoli, cabbage and Brussels sprouts.

If vegetables weren't part of the Neanderthal diet, the species would probably have lost the non-tasting mutation, says Carles Lalueza-Fox, a geneticist at the Institute of Biological Evolution in Barcelona, Spain, whose team sequenced TAS2R38 in 39,000-year-old DNA from a Neanderthal femur recovered in the El Sidrón cave in north-west Spain.

This Neanderthal's DNA tested positive for tasting and non-tasting versions of TAS2R38, suggesting he or she boasted copies of both alleles of the gene – and with it the ability to taste bitter foods. The presence of the non-tasting allele in this individual suggests it may have been beneficial to some Neanderthals.

"It doesn't mean they were eating Brussels sprouts or cabbage but it could be similar vegetables," Lalueza-Fox says.

It has been thought that there have been several Ice Ages on the Earth. It has even been said that tropical and hot areas like the Sahara, Africa, Saudi Arabia, Yemen, Australia, India, Madagascar, and South America were covered with a large continental glacier tens of millions of years ago. The latest Ice Age is assumed to have started "just" about 500,000 years ago and ended 10,000 years ago. The ice sheets are believed to have covered at their widest 55 million square meters, and the thickness of the ice was at most over 3 kilometers (about 1.8 miles).

What should we think about the Ice Age? Have we any reason to believe in it? Maybe the signs that have been interpreted as signs of an Ice Age were caused by something else?