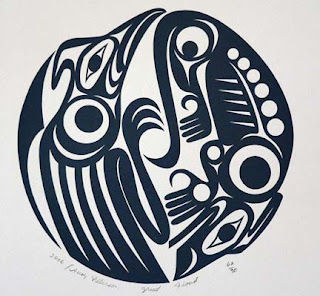 I am in receipt of a 600 page manuscript written by Prithvi titled: ‘19,000 Years of World History - The Story of Religion by Prithviraj R ‘. It solves a problem for me.

Those who have been following my postings know that we have reconstructed a large swath of the Earth’s physical history covering the past through the late Ice Age and into the Holocene. In particular we have the Pleistocene Nonconformity, the collapse of the Ice Age itself, the rise of the Bronze age, its European collapse, Atlantis, global emergence of agricultural man and so on.

I have had some cultural sources, principally the Bible as an informant for certain times and places and as a strong source of suggestions for informed inquiry. Homer gives us the very late Bronze Age in the Baltic as per da Vinci. I always knew that a large stock of cultural data was also stored in the scriptural material surviving in the Indian subcontinent. This material has been effectively unavailable or at best inaccessible. Either we had raw translations by those blinded by a classical western viewpoint or interpretive reconstructions again misleading.

Whereas I am looking for the background and what is naturally written between the lines. The task was as daunting as the one that I was engaged on myself over my own lifetime and a cursory attack was impossible, just as a cursory reading of the bible will never help much.

Anyway, it seems that Prithvi was up to the task and has produced a fully modern interpretation of these scriptures that is informed by the mass of recent discoveries and due confidence in the observers themselves.

The first thing that arose when I cracked open the text is that we have hard cultural information on the Great Floods brought about by the reduction of the Northern Ice Sheet. This means that reconstruction has a viable starting point.

Recall that the shift of the crust almost 12,000 years ago moved the cap thirty degrees south along the Hudson Bay meridian. The ice then began to melt. In the process it produced Lake Missoula and that ultimately extended into the Bay. This water was impounded by the mass of the northern parts of the sheet and eventually highlands surrounding the Bay. Escapement naturally happened in catastrophic phases, many of which were small such as that which created the scablands in Washington and Oregon. However, major escapements were probable and would have caused sudden rises in the ocean level.

‘14,000, 11,500, 8000, and 5000 years ago. And I believe that human civilization has been badly mauled during each of these floods. And worldwide flood myths, in all likelihood, are referring to four distinct floods! Each flood destroyed civilizations; and most importantly, the technology that existed at the time got destroyed, causing human advancement to go backward rather than forward.’

‘And chances are that such universal floods have occurred several times in recent history, four times to be precise. The most compelling evidence regarding the floods has been found off the coast of Barbados, in terms of three ancient coral reefs. These coral reefs survive only at a specific depth. And they seem to have been drowned suddenly, three times, during the last ice age at about 14,000, 11,000, and 8,000 years ago7. The fact that these coral reefs were not drowned 5,000 years ago seems to indicate that our 3000 BC flood was not that universal.’

So we observe the existence of four separate great floods, the last been the least. This also tells us something else that I suspected and now see essentially confirmed. I already know that the 11,900 BP event was no accident. However the sudden decline beginning about 18,000 years ago is also likely caused by an earlier crustal shift that was possibly naturally induced and provided the precedent needed to attempt the one that ushered in the Holocene. Otherwise, I simply do not see it ever been attempted.

The Floods of 11,500 BP is well attested to and been derived from the crustal shift would have been in the form of massive surges. We thus have two principal Holocene floods at 8000 BP and 5000 BP. I do not know how good those dates are, since the prior attempts at geological dating made them older. In fact I am going to have to revisit the dating problem again in an attempt to pin as much down as possible. The only thing that we can have confidence in is that the events took place and that cultural reports that should exist are now in hand.

What I will try to do is to stick to his dating in this and related articles.

The last two were both escapement floods, the last one finally clearing Hudson Bay. It did not wreck everything and largely went unremarked. The main escapement event would be the first such event in 8000 BP and this likely added over a hundred feet to the sea level. It also likely over topped the land barrier into the Black Sea to produce that flood. Wikipedia puts a time frame of 9500 years ago on this event and the 1500 year gap is similar to the gap I recall for the 5000 BP event which shows elsewhere at 6500 BP. I personally think that later is much better because there was a lot of ice to melt.

As I work my way through the manuscript, I will write columns on relevant material and post them here under the lead of 19,000 years of history.
Posted by arclein at 12:40 AM

Found this blog while searching "19,000 years of history." Sounds like I'll need to order it.

Funny thing: the excerpts I've read are confirming just about all of my recent search results on 1400 BC India, Egypt, Babylon, Mittani, Hittites, Syrians and Greeks: They all came from India, and had been warring tribes there, and their religious myths easily traced back to the Vedic trimurda of Brahma, Vishnu and S(h)iva.

The 5th dynasty Egypt at Abydos, the "Sun Temple building dynasty", they have a shrine labeled "The Delight of Ra." But in point of fact, it is Shiva's Linga. No doubt, exact matches with ancient and present shrines throughout India/S.E. Asia.

And these guys were the very first to have a royal title the Egyptologists label "SaRa" (son of Ra), but if read right to left, it says "RaS(h)a", which is almost a match with how Thai pronounce Raja: "Ratcha." To this day.

And then I read the excerpt in this book "19,000 years...." that Aryans from northern and western India, during an ecological crisis, migrated along the Indus river...and many of them came from RaJaStan.

"Whatever the origin of the fifth dynasty...."http://www.touregypt.net/hdyn5.htm
And

I need to read that book.