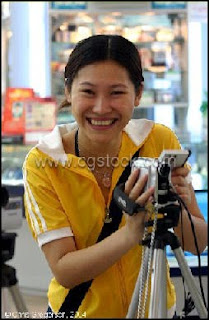 This report is study on the looming Chinese consumer economy. Remember that the lifestyle we experience today did not materialize on new year’s day in 1950. It was built up incrementally and the process provided a blueprint of successful economic steps that should end with the same results.
So after thirty frantic years of becoming the factory to the world, and you must admit that we needed such a factory, it is timely to shift focus on monetizing the Chinese consumer with rising wages and plenty of opportunity to create small enterprise.
The next twenty years will see China outsourcing their manufacturing needs also to the remaining third world. They have already long since started that program.
It really is that easy and it is well grasped by everyone from government down. What many find hard to grasp is that so long as a single person anywhere can be found to work for sweat shop wages, that person will set the floor on manufacturing costs. I suspect we have perhaps another twenty to thirty years to absorb that labor force and to properly employ them.
The human profit of steady employment will be earned by every human being everywhere and will no longer be an entitlement to a few lucky nations.
China has shown us just how quickly it can happen and India is following the same route just as quickly. Every other country is on notice to perform.
We can anticipate a world of full employment by 2050.
One other comment is in order. The naysayers like to dwell on the limitations of the single pay packet. That pay packet is part of a family’s income and a lot of a subsistence farmer’s income is never monetized. It provides cash on attractive terms to the family and permits internal financing of additional enterprise. That is the real micro finance world that is totally lost to the record keepers.


August 21, 2009
McKinsey Suggests Plan For China Economy to Shift to 50% Household Consumption
Shifting China's economy towards services would do much more than strengthening the social safety net as a way to boost the miserly share of consumption in GDP, McKinsey Global Institute (MGI) said on Friday.
http://nextbigfuture.com/2009/08/mckinsey-suggests-plan-for-china.html
The 74 page report is here in pdf form and requires a free registration to view it. "If You've Got It, Spend It, Unleashing the Chinese Consumer"The three broad categories for the recommendations are rebalance income and investment (boost 3.4-6%), directly stimulate (boost and expand the social safety net.
http://1.bp.blogspot.com/_VyTCyizqrHs/So7as2Hp0-I/AAAAAAAAEvA/VzxxqyBPol8/s1600-h/chinamig1.jpg

The conventional wisdom is that Chinese spend so little because they have to pay for health and education out of their own pockets and can look forward to at best a flimsy pension. MGI estimated that reducing precautionary savings by reinforcing the social safety net would add only 0.2-1.1 percentage points to China's consumption share by 2025. The smallest impact of the three recommended broad actions.Many of the policy changes that MGI identifies do not directly relate to consumer behaviour but rather aim to encourage more efficient investment and capital allocation, which would ultimately create faster growth in private income. If China could raise the share of services in the economy to South Korea's level of 55 percent -- instead of the government's current goal of 49 percent -- the resulting job and income growth could boost the consumption share by up to 4.8 percentage points
MGI finds that a comprehensive program of reform would also enrich the global economy with $1.9 trillion a year in net new consumption, boosting China's share of the worldwide total to 13 percent—4 percentage points higher than its share without further effort. China's household income would also be 15% higher than current trends. Higher consumption will make China's growth sustainable. The implied increase in GDP would be 0.8-1.2% over the projected 7.7% from 2010 to 2025.MGI set out a wide range of policies that it said could raise the share of private household consumption to 45-50 percent of gross domestic product by 2025, or 6-11 percentage points more than the rate of 39 percent it is likely to reach on present trends. Consumption made up just 35.3 percent of China's GDP in 2008, according to the National Bureau of Statistics. Japan's consumption share is 55 percent and the United States' is 71 percent, MGI noted in a report.
If China were to accomplish the transition mapped out by the report, its share of world consumption would increase to 11-13 percent in 2025, up from 9 percent projected today, according to MGI. In the process, China would account for more than a quarter of all new consumption worldwide over the next 15 years.