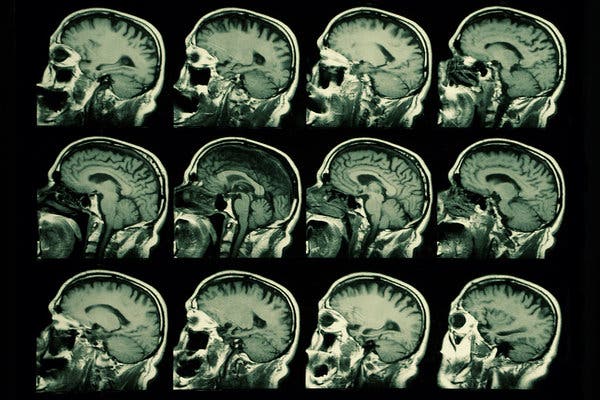 This is huge and valuable to our aging population. Therapeutic equipment will be on the market far sooner than suggested here. Simply knowing this is enough for setting up effective tools. We all want our short term memory to be fully activated when doing important tasks when makes for a huge demand that we may well integrate with our smart phones, justifying a superior headset.

That headset concept can be light and close enough to effect targeted stimulation and plausibly signaling as well.  The ideal is to have it replace our fingers for input while operating out screens and augmenting our short term memory.

Of course, it would be even better to have all this safely embedded into the surface of our skulls, but i think we will wait a long time for that, though perhaps not.  After all it would be useful to cover out entire skull with wide net of carbon fibers and the obvious nodes can be used for inserting hardware.  This additionally reinforces the skull.

A noninvasive technique shows promise in improving the working memory of older adults. But, the scientists note, “Do not try this at home!”
On Monday, scientists reported that brief sessions of specialized brain stimulation could reverse the decline in working memory, at least temporarily, for people in their 60s and 70s.CreditGetty Images

Anyone above a certain age who has drawn a blank on the name of a favorite uncle, a friend’s phone number or the location of a house key understands how fragile memory is. Its speed and accuracy begin to slip in one’s 20s and keep slipping. This is particularly true for working memory, the mental sketch pad that holds numbers, names and other facts temporarily in mind, allowing decisions to be made throughout the day.
On Monday, scientists reported that brief sessions of specialized brain stimulation could reverse this steady decline in working memory, at least temporarily. The stimulation targeted key regions in the brain and synchronized neural circuits in those areas, effectively tuning them to one another, as an orchestra conductor might tune the wind section to the strings.
The findings, reported in the journal Nature Neuroscience, provide the strongest support yet for a method called transcranial alternating current stimulation, or tACS, as a potential therapy for memory deficits, whether from age-related decline, brain injury or, perhaps, creeping dementia.

In recent years, neuroscientists have shown that memory calls on a widely distributed network in the brain, and it coordinates those interactions through slow-frequency, thrumming rhythms called theta waves, akin to the pulsing songs shared among humpback whales. The tACS technology is thought to enable clearer communication by tuning distant circuits to one another.

The tACS approach is appealing for several reasons, perhaps most of all because it is noninvasive; unlike other forms of memory support, it involves no implant, which requires brain surgery. The stimulation passes through the skull with little sensation. Still, a widely available therapy is likely years away, as the risks and benefits are not fully understood, experts said.
“This study suggests that age-related impairment in one particular form of short-term memory largely reflects a failure of synchronization,” said Michael Kahana, a brain scientist at the University of Pennsylvania who was not involved in the research. If the technique can boost other forms of memory, “it could be a game changer for the treatment of age-related memory decline and possibly even dementia,” Dr. Kahana said.
In the new study, Robert M.G. Reinhart and John A. Nguyen, neuroscientists at Boston University, invited two groups of subjects, young adults and people in their 60s and 70s, to the lab for baseline measures of their neural firing rhythms. The scientists tailored the tACS program to optimize rhythmic “coupling” between frontal and temporal cortex areas in each individual’s brain. These brain regions specifically support working memory.
After 25 minutes of gentle stimulation, delivered by electrodes built into a skullcap, the older subjects performed just as well on memory tests as young adults.
The participants tested their own working memories repeatedly, completing 10 sessions on a computer-based program that mimicked the old Highlights magazine game: stare at an image, then decide if subsequent images are identical or have subtle differences.
They performed under several conditions, including without stimulation; with “sham” stimulation, as a placebo control, and with the targeted tACS. The results were striking. Young people reliably outperformed their elders in the no-stimulation and sham conditions. But with the aid of the tACS, the older participants did just as well as their younger counterparts. And their working memory remained sharp for as long as the researchers continued testing it, for 50 minutes.
“We show here that working-memory decline in people in their 60s and 70s is due to brain circuits becoming uncoupled, or disconnected,” said Dr. Reinhart, in a call with reporters. He added that the findings “show us that negative, age-related changes in working memory are not unchangeable. We can bring back the superior function you had when you were much younger.”
The tACS tuning prompted greater improvements in older people than in younger ones, the study found, which suggests that the tool is more a corrective than an enhancer of memory. In another experiment, Dr. Reinhart and Dr. Nguyen found that, by using the tACS technology to decouple key brain regions, they could temporarily muddle the working memory of young participants.
The new findings come at a time when increasing numbers of people are experimenting with brain stimulation at home, placing electrodes on different areas of their skull, depending on how they’re feeling. They share tips online about how best to use stimulation when feeling depressed, or impulsive, or mentally foggy — with mixed results. Experts said that the sort of stimulation used in the new study is far from a do-it-yourself approach.
“Reinhart and Nguyen use a very complex, sophisticated system here in a very carefully controlled environment,” Bradley Voytek, a neuroscientist at the University of California, San Diego, said in an email. “Do not try this at home! This is a promising start, not a panacea for memory problems.”
Posted by arclein at 12:00 AM